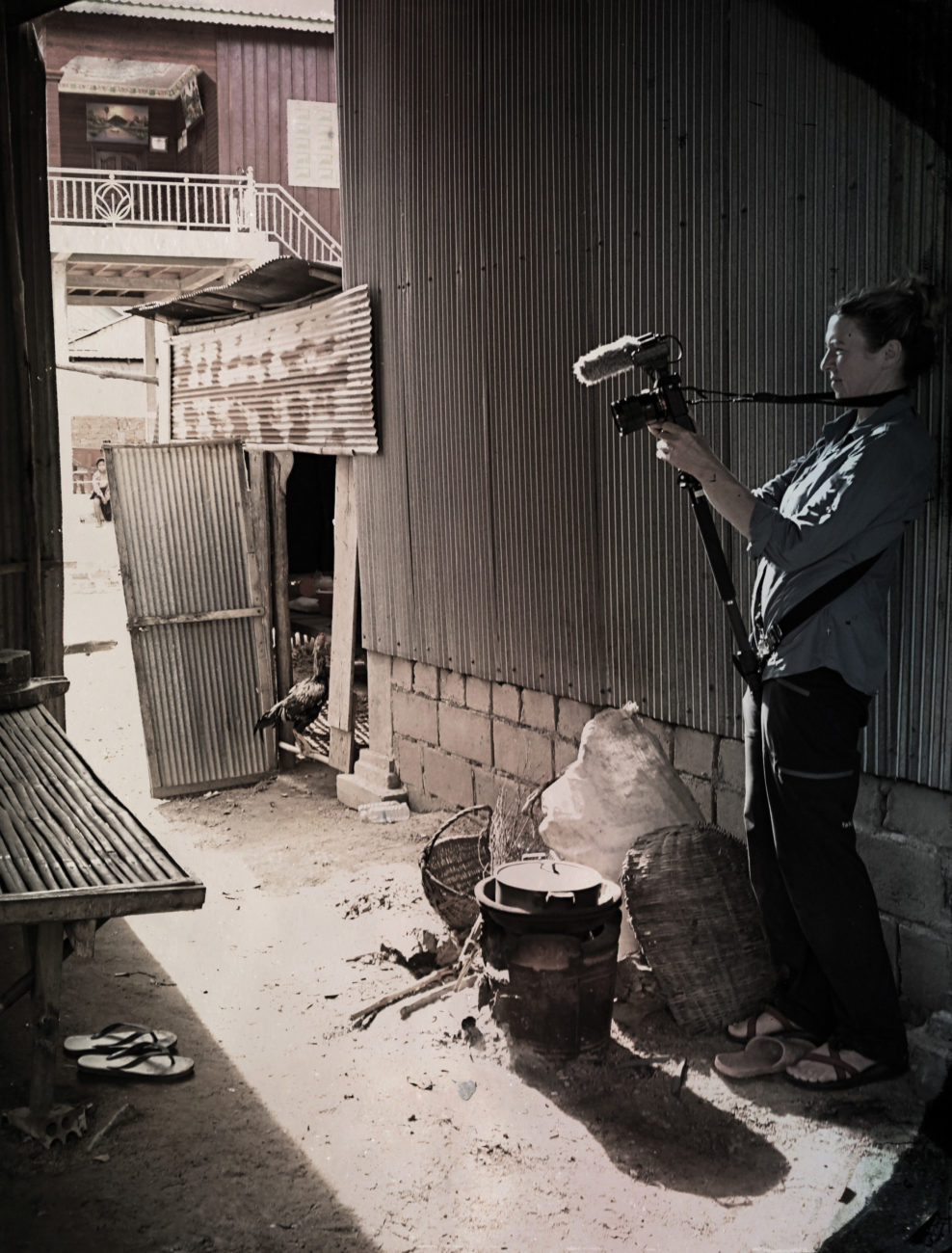 When Melanie Burford teaches the art of documentary photography, she teaches curiosity, respect, and trust.

“I teach moments,” she says. “The gift of what we do, and the responsibility that comes with it.”

Burford’s work is characterised by the deep relationships she builds with her subjects. Her lens has focused on some of the most significant issues of our time: racism, poverty, marginalisation, discrimination.

Raised in Greymouth, she didn’t pick up a camera until she was 19. Her first job was in 1991 at the Ashburton Guardian, where she won Junior Photographer of the Year at the national media awards. With the prize money she travelled to the United States to attend the Missouri Photo Workshop, a prestigious week-long photojournalism school that takes place in a different town in the state each year. Having learned at the New Zealand newspaper pace of several assignments a day—setting up pictures and filing images as quickly as possible—she found the more introspective, organic world of documentary photography hooked her.

“It was one of those life-changing moments,” says Burford. “I was in a very small town of 5000, it was very competitive, and you had to find a story, pitch it and be coached through telling that story. It was that moment in my life when I said, ‘This is what I want to do. Let the story tell itself and I’ll be a witness’.”

After seven years in the close-knit photographic department at now-defunct Wellington newspaper the Evening Post, Burford returned to the United States for further study, and afterwards, joined the Dallas Morning News. There, her early experience in photographing rugby came in handy for covering Friday night football. She was one of a team of more than 30 photographers, and found a similar camaraderie to the atmosphere she’d enjoyed in Wellington: “I was insanely lucky to have that twice in a career.”

In small-town America, she found moments of connection to New Zealand. Hanging out with cotton farmers in Texas felt familiar thanks to the summers she’d spent on her grandparents’ Central Otago farm. She became a specialist in longform narrative work, spending up to three years on projects, documenting the intimate, ordinary drama of people’s lives.

In her Dallas portfolio are images of the aftermath of Hurricane Katrina, for which her team won the Pulitzer Prize for Breaking News Photography in 2006. Her work also includes portrayals of a child survivor of rape in rural Ohio, and the impact of the 2010 Deepwater Horizon oil spill disaster on multigenerational Louisiana fishing families.

Today, Burford lives in Bergen, Norway, with her husband and two children. She runs a production company, Silvereye Pictures, and her work encompasses audio, video, film production, editing, and teaching. Capturing the lives of real people is the thread that weaves them all together.

She’s a long way from home; she hasn’t been back to New Zealand for a decade. When she first arrived in Norway from New York City, she struggled to find her place, feeling that she didn’t belong, neither in Norway nor the United States. The fact that Bergen is reminiscent of Wellington helps with the homesickness.

“In order to be in one place, I need to find a connection point,” she says. “I’m in a U-shaped harbour with houses all over the hills, I have ferns in the back garden, so there is a hint for me of, ‘It’s not so foreign that it doesn’t feel like home’.”

Another recent connection point was more tragic: the parallel between far-right terrorist Anders Breivik’s murder of 77 people in Norway in 2011, and the Christchurch massacre earlier this year. Both are situations where small, quiet countries not known for being extremist hotbeds exploded with horror, sparking deep internal questioning in front of the world’s stare.

Burford fights back against evil in her own way, using the power of images to help people find connections with each other. When an emergency refugee centre opened at the end of her street to support families arriving from the European migrant crisis, Burford wondered how she could tell the global story of not belonging—the feeling she’d had when she moved to Norway. She realised that if she gave the families cameras they could document their own lives and share their own stories. That idea turned into three National Geographic Photo Camps in Norway, which she coordinated in partnership with Norwegian Red Cross Youth, the Nobel Peace Center, and the Norwegian non-profit Wilstar.

“Journalism is about taking quotes and images, but there’s a giving back, and that’s the most important thing,” she says. “Giving yourself, listening, giving everything that you are and helping people fight for their stories to be heard.”