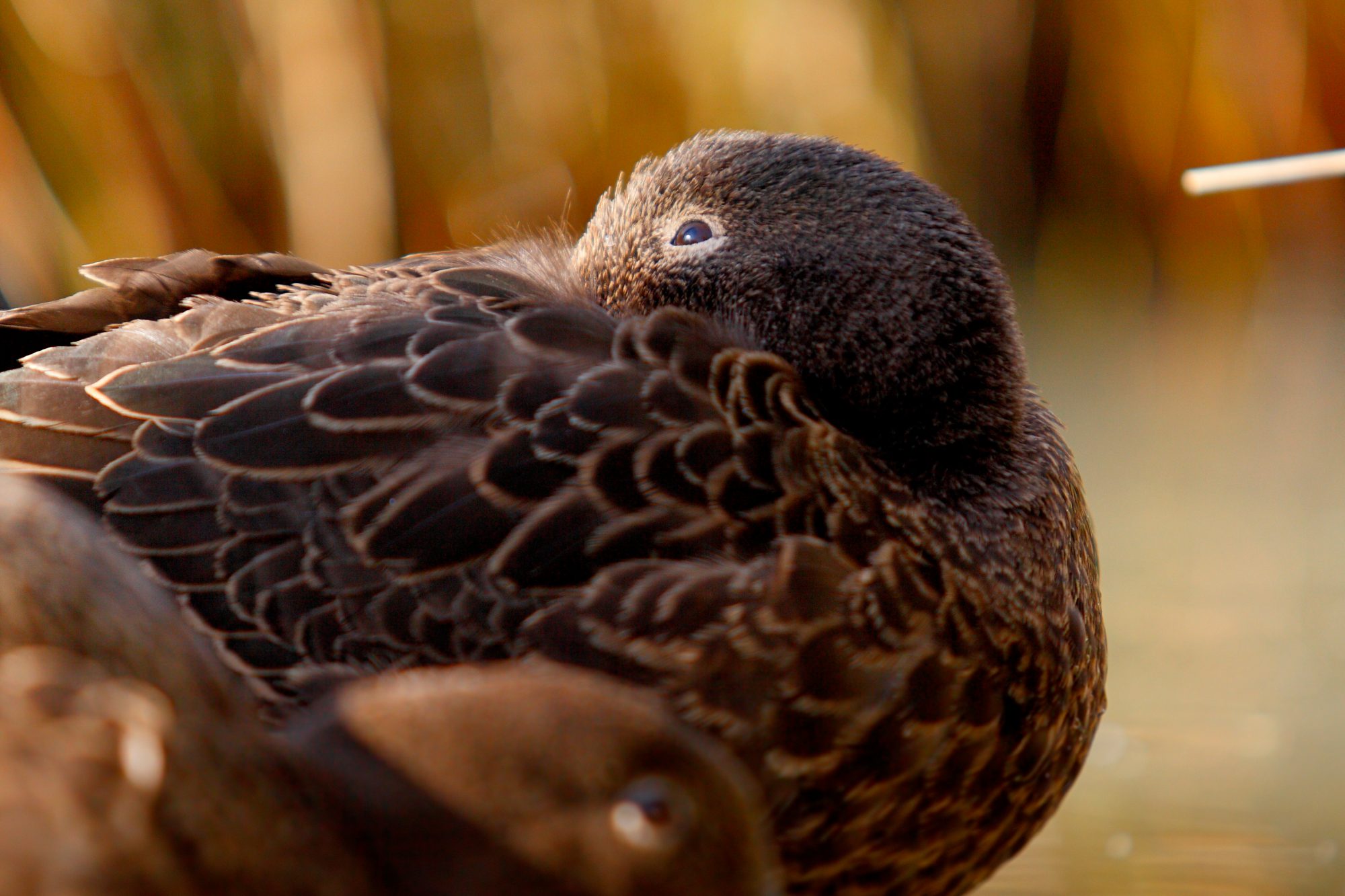 It’s a fresh November morning, full of promise and energy, when we visit Ngunguru in Northland to meet Mike Camm. The envi­ronmental advocate and his wife, Jane, live inland from the estuary, tucked among bush-covered hills that today are covered with the white cape of ten thousand manuka. Plunging into bush, we bounce and crackle over a gravel driveway; long-armed ferns over­hang the road and light glimmers through the slim trunks of regen­erating canopy to either side. Clouds of dust combine with the wild, smoked-honey smell of tea-tree that sweetens the air even inside the Camms’ home, angled to the sun in a clearing of fruit trees and gardens.

“We knew we didn’t want to grow old in Auckland,” says Camm as we stand at his bi-fold doors and drink in the extraordinary bush and coastal view. But his retirement plan went beyond the ordinary. “When we bought these 120 hectares, it was untended farmland of the matchstick and bulldozer variety,” he recalls, but as with so much of Northland, there was that sense of a prime­val whenua that could be called back into being. The odd kiwi still scratched in the valleys, and the boundary met a similar sized piece of Department of Conservation land.

“We wanted to create our own little national park,” he says.

The Camms focused on restoring the land before building, spending the first three years in a tent (this deepens my admiration for Jane considerably) before upgrading to a sleepout, and eventually a house when the manuka and kanuka had grown so tall as to block their view. There was trapping and planting to focus on, and local networks to be forged.

“We couldn’t develop our national park in isolation—one loose dog can cause havoc in an area like this,” Camm says. “So we linked arms with neighbours and realised there were lots of other landowners here with a similar interest in restoring the land.” A formal support group, the Tutukaka Land‑care Coalition, was formed and enabled landowners to tap into the expertise and funding of like-minded organisations such as the Landcare Trust.

Ten years on, the manuka cradles an emer­gent forest of sufficient biodiversity to attract kaka, which fly over from the Poor Knights to feed, and kiwi are released here regularly from offshore islands. A restored wetland demonstrates how our relationship and understanding of the natural environment has evolved. Just 40 years ago, Camm’s predecessor drained the wetland to create a hayfield, a process subsidised by a govern­ment development grant. “One of the first things we did was get a grant to turn it back to wetland,” Camm recounts. Today, the wetland is a serene place and has become home to a flock of birds on the rebound: the endemic brown teal, Anas chlorotis, or pateke.

Pateke are now a rare sight in New Zealand, though they were once common throughout the country, flocking in large numbers on our rivers, lakes, grasslands and wet forest. A dab­bling duck, the teal feeds mostly at night on invertebrates, berries, seeds and vegetation, browsing in waterways and pastures.

“That’s quite unusual behaviour for a duck,” says DOC’s dedicated pateke ranger, Tiffany Browne, explaining that the pateke spends more time on land than most other species of waterfowl. “Pateke are sometimes described as filling a rat-like niche in New Zea­land’s ecosystems,” she says. Because of this rodentine foraging behaviour and predilec­tion for pasture, pateke cope comparatively well with the changes to habitat brought about by land clearing, so long as wetland systems remain intact. Browne told me about a subdi­vision of lifestyle blocks in the Bay of Islands where the ducks are thriving thanks to an enhancement of existing wetland habitat and a community-imposed prohibition on dogs and cats. Pateke have also proven willing to live in a variety of locations. Through a captive breeding programme under which eggs are removed from a wild population at Mimi­whangata, on the Tutukaka coast, flocks have been re-established in places as disparate as damp Fiordland and drought-prone Cape Kidnappers in Hawke’s Bay.

So pateke should be a resilient species, if it weren’t for a single fatal character flaw. Instead of flying for its life, the pateke will freeze when it senses danger, perhaps hoping that remaining still will render it invisible.

It’s a poor strategy. It may have kept it safe from avian predators that were once its only concern, but it’s a useless foil against the sen­sitive nose of a bloodthirsty mammal. Browne says that the freezing is visually effective­ she has almost stumbled on a pateke that was ‘frozen’ right at her feet, only identifying it with the help of a transmitter—but pateke are smelly ducks and are sensationally easy prey for dogs and stoats.

Pateke habitat must therefore be rigorously defended from predators. “By comparison, kiwi are relatively easy to protect because the adults can defend themselves against stoats,” Camm says. “But pateke will always be much more vulnerable; to assume we had control of stoats here would be suicide.”

When 23 birds were released onto the Camms’ lake in 2007 with the help of wildlife consultant Ray Pierce and DOC’s Pateke Recovery Group, it was a historic event. “It was one of the first times an endangered species had been released onto private land,” says Camm. But the excitement was short-lived. Just two days after the release, they found five birds killed, one after another.

“It was incredibly depressing,” says Camm. “That first release was looking like a bloody disaster.” After nine months, when there were just seven birds left and it all “seemed too hard”, an increase in trapping effort produced a satisfying result: “We caught the biggest stoat any of us had ever seen,” he says. The kills dropped off after that and now, after a total of four releases, the population is considered by DOC to be almost self-sustaining, thoughCamm remains cautious. “It’s still early days to be saying whether we’ve been successful. Another 30 birds will be released here next year, our last release. After that, we’ll know whether we’re winning the war. In the mean­time, as Ray Pierce says, we’ll keep sending in the infantry.”

Pateke are brown, rat-like and have adapted poorly to new threats—not the marketable qualities that typically attract public interest in a species. But they have many redeeming qualities, says ranger Tiffany Browne. “They habituate to people really well. You can be doing some digger work or something and they’ll chug along next to you quite happily,” she says. And they have a particularly feisty streak, borne of their strongly territorial nature. “When pairs are establishing ter­ritory, I’ve seen males with bloodied wings from fighting.”

Camm describes the birds as “full of character”, and relates how he’s seen them chase mallards, pukeko and paradise ducks, which are “damn near three times their size”. And they have an endearing goofiness: “They duck and dive and scrap… they fly into fences, one fell off the water outlet at the edge of the lake.”

Kevin Evans, who coordinates the pateke captive breeding programme and has been active in pateke conservation for the past 15 years, describes them as fiercely territorial. “I’ve seen them attacking swans and even rangers, like a like a fox terrier taking on a rotweiler,” he says. The pateke is even set apart from your average mallard by breaking that most basic of duck stereotypes: rather than quacking, pateke whistle, grunt or­ weirdly—groan.

I begin to understand something of the pateke fan club’s enthusiasm when I spend a morning at the Camms’ wetland. The birds are a classic rubber-ducky shape, and dinky, just bigger than a large adult hand. The plain-jane plumage is subtle against the beige and silvered greens of water and wetland plantings—part of a large, shimmering mosaic of muted colours. The feathers are a soft, cocoa brown, the beak slim and slate-blue. Gliding across the skin of the water, the birds look content, barely moving their heads while paddling.

These are not only breeding pairs but juve­niles that live together all summer, getting to know one another, establishing who’ll pair up with whom next season. When the birds do pair up, they are monogamous and have an egalitar­ian parenting style­ the male takes an active role in guard­ing his breeding partner while she sits on the nest. Spring and summer are busy; a pair can produce up to three clutches of eggs in a season.

It’s strange to think that this cute, charac­terful bird has gone unnoticed by so many of us for so long. Just a decade ago, it was likely that the pateke would slip into extinction, barely noticed. In the late 1990s, the leader of the DOC-funded Pateke Recovery Group, Murray Williams, pushed for an audit of the species. This was carried out in 2000 and pro­vided a wake-up call for the department; it predicted that pateke would be extinct by 2012. The species was re-categorised with an ele­vated conservation status and the Pateke Recovery Group was re-organised. Knowledge surrounding the importance of predator control, as well as the use of new technology, made an immediate difference to populations.

The captive breeding programme has been vital to the success of pateke recovery. This aspect of their conservation began as far back as the 1960s, when members of Ducks Unlim­ited—an organisation devoted to wetlands and waterfowl and, yes, duck shooting­ noticed that the population was in decline.

Feilding farmer Ossie Latham has a long­standing association with the group and told me how members started to remove pateke eggs from the wild, “putting them under a chicken in the chicken coop at home and releasing the juveniles into what were thought to be predator-free areas”. Frustratingly, these many hours of volunteer effort were to prove fruitless. Without a real under­standing of the intensive predator control required for pateke, none of the hundreds of birds released over those 40 years are thought to have survived.

“When DOC got on board, it really kick-started everything,” Latham says. “We’d done our best but with their more-scientific approach and monitoring and the focus on predator control, it was the start of real progress.”

Ducks Unlimited members are still involved with the captive breeding pro­gramme, which takes eggs from the Mimi­whangata population, distributing them to various breeders for rearing. The programme relies on a lot of goodwill: Evans volunteers about 600 hours of his time every year to oversee it, and each of the 20 breeders also gives considerable time and money. Evans cites the “essential” support offered by Peacock Springs, the Christchurch wildlife park to which all birds are sent for naturalis­ing prior to release.

For a bird that’s been to the brink of extinction and back, the pateke is still low on the radar of New Zealand conservation. That’s slowly changing, due to a network of ordinary people who have cared enough to make a difference. It’s a shift that Mike Camm summarises as reflecting a “ground-up approach to ecology that could ultimately have real power”. He thinks that community awareness is vital: “More and more now I’m getting phone calls to say, ‘I’ve got a pair of pateke on my little pond and they’re breed­ing’,” he tells me. “It’s nice, really.”

As Camm points out, when we protect pateke, we protect a whole ecosystem. “We can be working towards a pest-free New Zealand,” he says, “but you’ve got to start where you are—in your own back yard.”