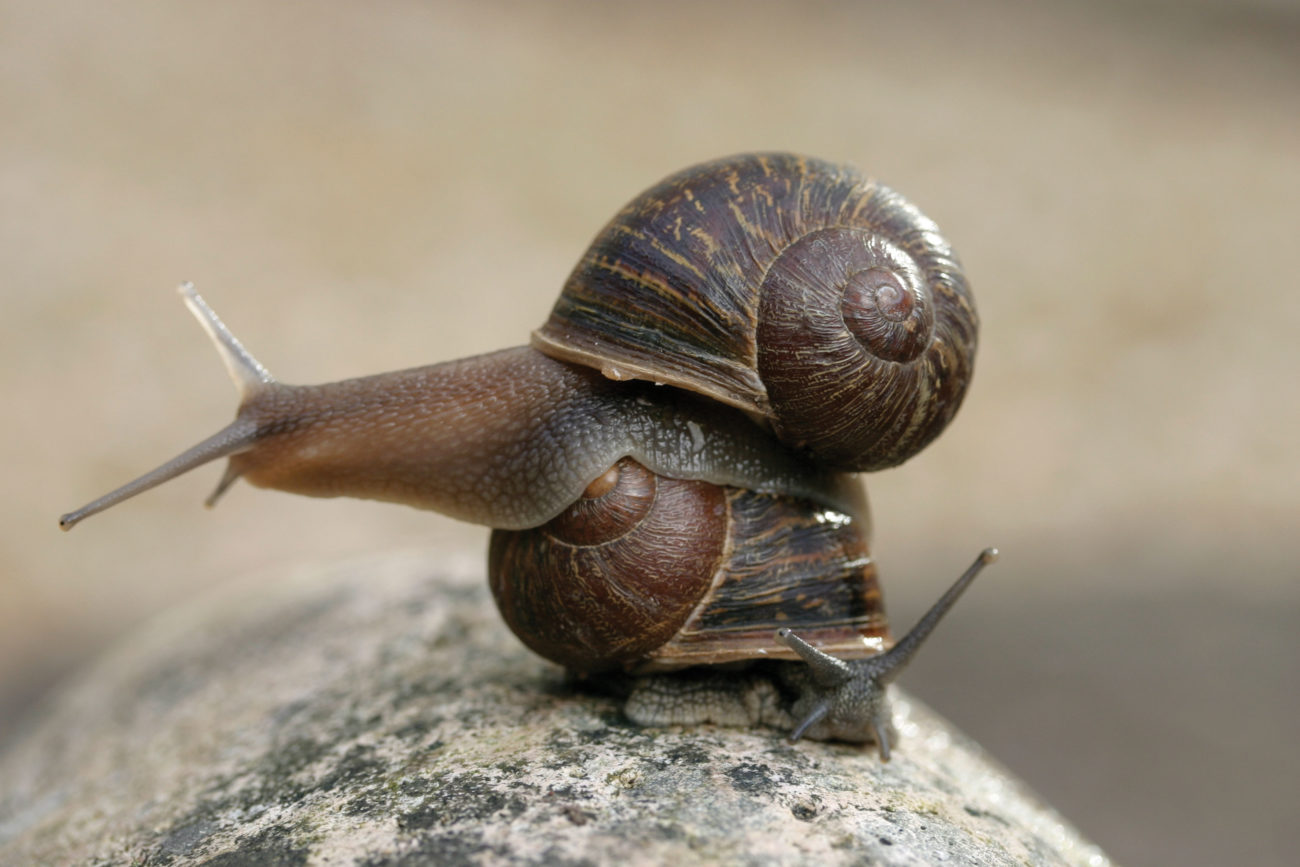 Almost all garden snail shells coil to the right-hand side of their bodies. You’ll probably never see a left-coiled snail in your life—so when a retiree found one in his London garden, he sent it in to the University of Nottingham.

Geneticist Angus Davison knew he had a rare snail on his hands—and with it, an opportunity to study asymmetry. He named the snail Jeremy (pictured above, on top of the ‘normal’ snail). So was Jeremy’s left-coiling shell a heritable condition? If Davison could get Jeremy to reproduce, he’d be able to find out.

Trouble was, he’d have to find another left-handed snail first. Due to the location of snails’ reproductive organs, Jeremy wouldn’t be able to mate with a right-handed snail.

Davison launched a media campaign to find Jeremy a mate. Citizen scientists around Great Britain carefully examined their garden snails. A snail farmer sent in a left-coiling snail, and a snail enthusiast found another. When the two were presented to Jeremy, they mated with each other. (Eventually, one mated with Jeremy.)

And Davison got his answer. In paper published in Biology Letters in June, Davison found that lefty snails are the result of a developmental accident. In other words, a left-coiling shell isn’t heritable in the same way that left-handedness is in humans.

Jeremy died at the age of two (or thereabouts) but was survived by 56 children. All of them have right-coiling shells.