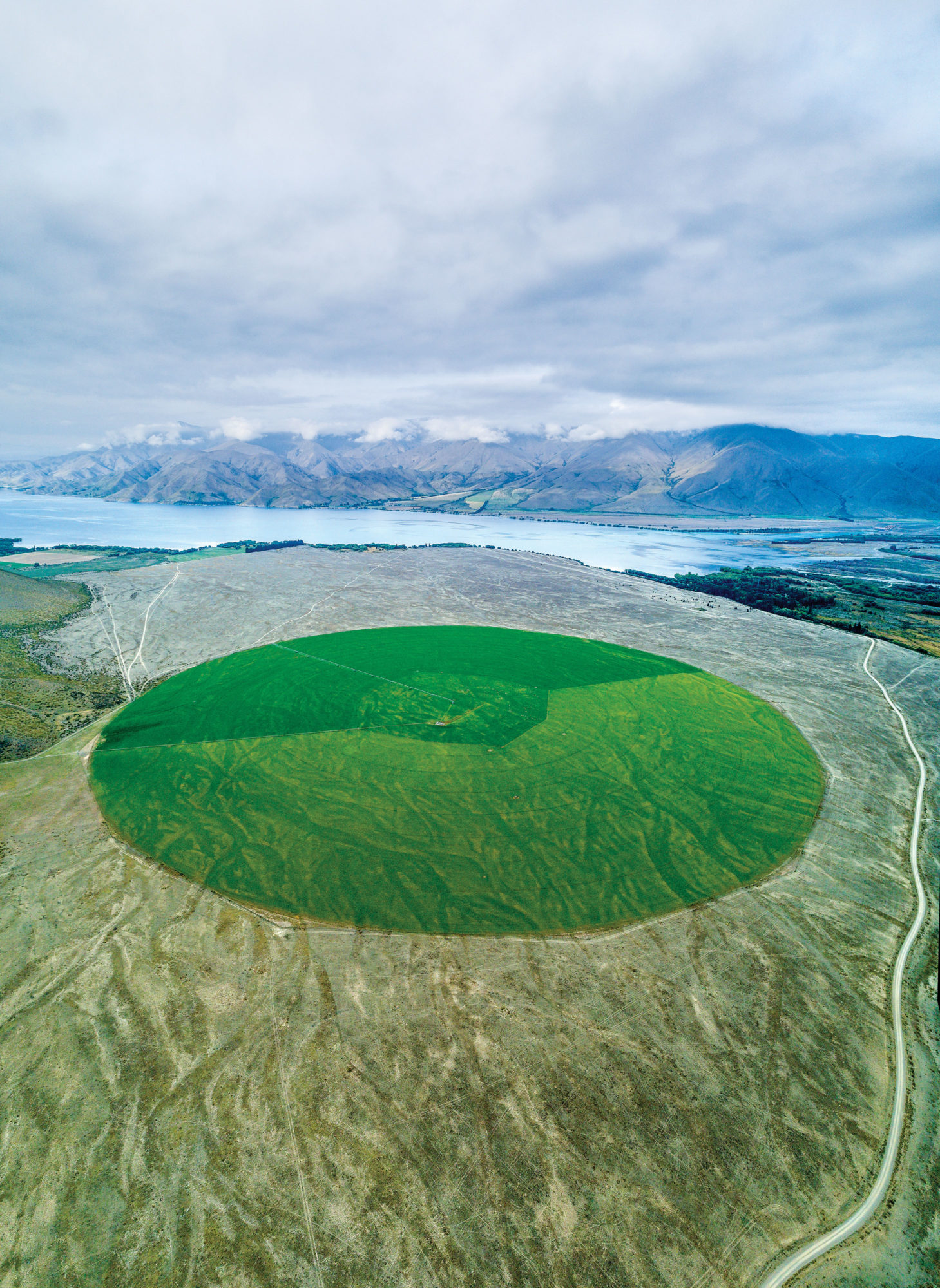 For 25 years, my father farmed in the Ahuriri Valley, just to the south of the Mackenzie Basin, battling snow and floods to raise merino sheep in one of the harshest farming environments in New Zealand.

I’d return from boarding school at the end of every term, riding the Atomic shuttle up from Christchurch, feeling the weight of the city lifting from my shoulders as the bus dropped through Burkes Pass and wound its way across the hard, dry flats of Sawdon Station.

We’d always stop at Tekapo for a break, by which time I’d be itching to tumble out of the bus and suck in the hard, crisp air of the Mackenzie, the Southern Alps fringing my world once again. It’s a place that doesn’t let you go.

The Mackenzie Basin is an intermontane grassland bounded on its western side by some of the highest mountains in New Zealand, including the grandest of them all, Aoraki/Mount Cook. During the last ice age, glaciers ploughed out of those mountains. When they retreated, they left behind a landscape that is rare globally. There’s nothing like it in New Zealand.

The sides of the valleys that frame the lakes Ōhau, Pukaki and Tekapo have been scraped and worn by ice. At the feet of these lakes lie swathes of moraine, material bulldozed across the valley floor by glaciers. These are potted with kettleholes, small ice-formed ponds which host their own freshwater ecosystems.

The land may look barren, but to the trained eye, the landscape is full of life, much of it rare and endangered. Found here are 81 species of native plant, highly adapted for life in the radiator-breaking cold of the Mackenzie winter, along with numerous species of skink, gecko and native fish. Also surviving in this harsh place are 46 species of native moth and 925 species of braided riverbed invertebrates, 12 of which are endemic to the Mackenzie Basin.

The region’s braided riverbeds provide breeding habitat for banded dotterels, wrybills and black-fronted terns, while kakī/black stilts, the world’s rarest wading bird, cling to existence here. But this region is changing fast, and the Mackenzie I knew as a child is already a very different place. Although agriculture had long taken place in the basin, says Manaaki Whenua—Landcare Research ecologist Susan Walker, the land hadn’t been intensively developed. That all began to change two decades ago.

Since then, environmentalists as well as the wider public have become increasingly concerned at the number of centre pivot irrigators springing up all along State Highway 8, allowing large-scale dairy farming to occur in one of the driest places in New Zealand.

“There’s so much green next to the highway now,” says Walker. “It’s not only dairying, there’s a lot more cropping and intensive pasture development, which completely converts native vegetation, and the habitat for native plants and animals, into something they can’t persist in.”

The Mackenzie is set to undergo another transformation. Is that what we want? 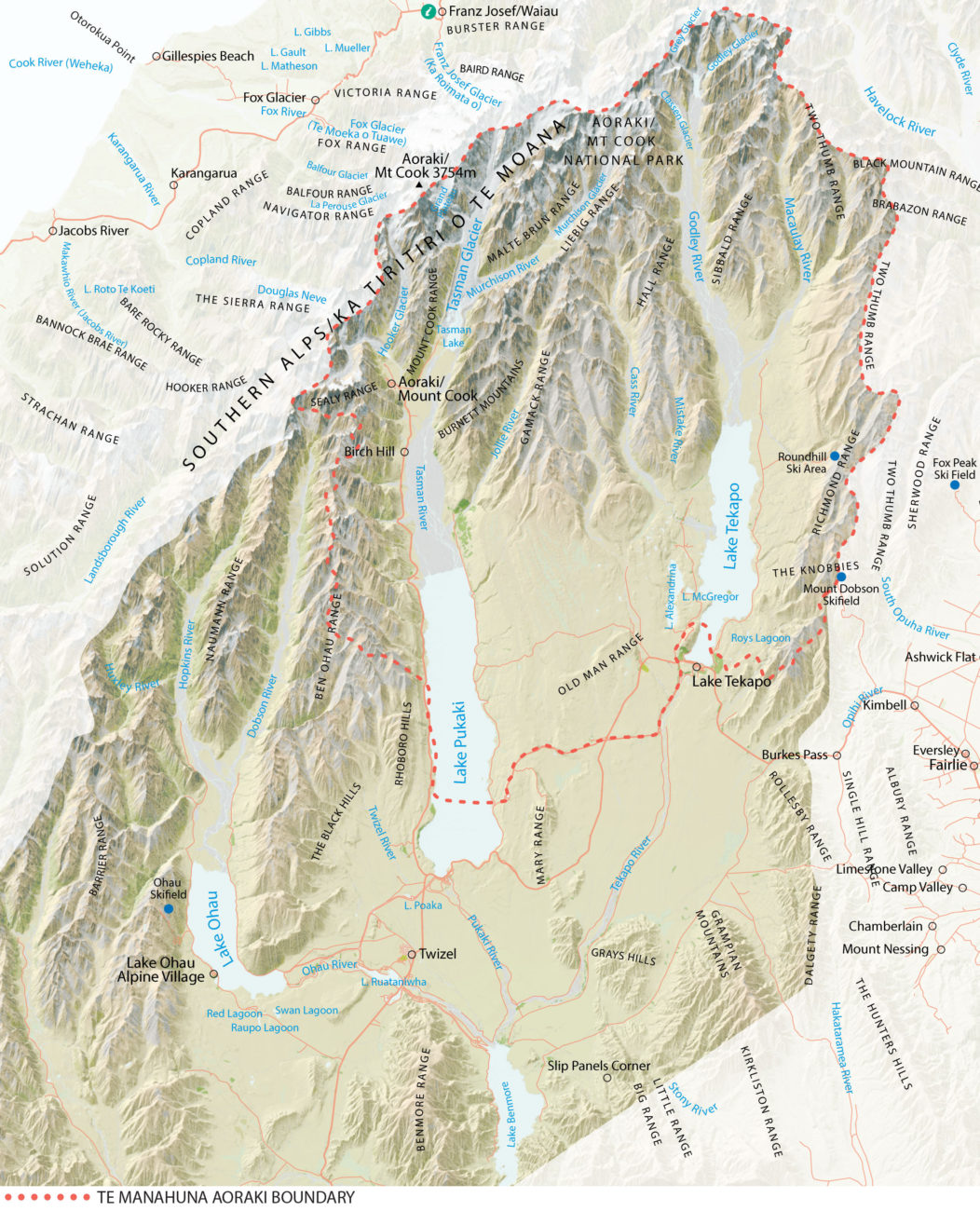 Weeds are threatening to take over. When Māori arrived in the Mackenzie around 700 years ago, the wetter corners of the basin would have been dominated by forest, and the valley floor was likely a mosaic of low shrubs, bog pine and tall tussock. Māori set fires that wreaked wholesale change on the basin, clearing tree cover and opening up the landscape to tussock. After pastoral farming began in the 1850s, frequent burning, as well as over-grazing by sheep, cattle and rabbits, ground down the tall tussock, allowing weeds to invade. Most notably, the ground-smothering hawkweed Hieracium pilosella now covers between 20 and 50 per cent of the basin floor. Lupins, too, are rampant, choking riverine ecosystems.

Pine trees are out of control. Planted throughout the 20th century to beautify lake shores and stabilise eroding soils, pine trees are now a pest plant, dominating swathes of the landscape and threatening to turn the dry grasslands into a forest of exotic trees. Rob Young, an environmental consultant who was formerly the Department of Conservation’s long-term area manager, has studied the pine infestation on Pukaki Downs, the largest station in the basin. “I calculated it was producing something like 20 billion seeds per annum,” he tells me, “and five per cent of those seeds germinate. So that’s a billion trees every year.”

There’s a plague of rabbits. Despite the illegal introduction of rabbit calicivirus in 1997, rabbits remain a scourge in the area. Now a new threat looms as wallabies, long established in South Canterbury, are moving into the basin.

Farming has become more intensive. The development of massive hydroelectricity schemes in the 1960s and 1970s flooded large areas of productive farmland on the valley floors, changing the way people farmed. Farmers were forced to intensify their operations into smaller areas. The government compensated them by offering free water from the hydro schemes, and many farms in the area now irrigate to some degree. The outcry over irrigation and intensive farming in the basin has been well publicised, but irrigation also has its purposes. Used sparingly, it may bring some indirect benefits to conservation. With increased returns, farmers can reduce grazing pressure on dry areas.

Andrew Simpson leases the 10,000-hectare Balmoral Station near Lake Tekapo. He has consents to irrigate 400 hectares of the property. “Without that,” he tells me, “we wouldn’t be viable. It’s the lifeblood of the farm.”

But large-scale, intensive irrigation, such as the heavily stocked dairy farms that have sprung up in some parts of the basin, is quite a different proposition. Today, cheap access to water is rapidly changing the natural character of the basin.

Get everyone working together. Tackling the problem arrayed against the Mackenzie Basin requires a concerted effort from everyone who values the region, says Raewyn Peart, policy director of the Environmental Defence Society (EDS). “It’s a complicated thing,” she tells me. “You need everyone to work together to actually have a future for that place. It’s not a one-dimensional solution.”

Te Manahuna Aoraki, a joint initiative between DOC, Ngāi Tahu, philanthropists and 14 high-country landowners, aims to control predators in a 310,000-hectare area of the basin, and may provide a blueprint for future collaboration. “Te Manahuna Aoraki is a real eye-opener to the way the future of conservation should be managed,” says Simpson, one of the farmers involved. “They’ve taken all of the farmers in the area with them. They work with the farmers to achieve agreed outcomes.”

Rein in water consents. Despite recent and hard-won changes to legislation that theoretically make it much more difficult to obtain water consents, many observers are concerned about the number of consents that have already been granted, and the potential for future applications to avoid public scrutiny. Most confronting has been the consents granted to large operations like that planned for Simons Pass Station, which aims to milk 15,000 cows. If all of its current consents are granted, Simons Pass will become the largest dairy-farming operation in Australasia.

Support low-intensity farming. After centuries of human modification, the Mackenzie is a highly altered environment which, left to nature, would quickly become choked in weeds and overrun with pests. “This land needs to be managed,” says Peart. “It’s not a place you can lock up. Ideally you need people who can make a living out of the land, managing it in a sustainable way while actually producing something of value. The runholders actually need to be supported to farm in a low-intensity way.”

The responsibility for managing pests and weeds also falls on lessees and landowners, who need to find ways to meet these costs. Simpson is the chair of the Mackenzie Basin Wilding Trees Trust, set up to combat pine trees in the region. He tells me he spends $50,000 a year tackling pine trees and rabbits on Balmoral.

Control pine trees and other weeds.
Rob Young’s 2016 report on the spread of conifers in the Mackenzie estimates another $40 million to $50 million over the next decade is required to get ahead of the weed problem. In the wake of COVID-19, the government is looking for ways to get people who have lost their jobs into alternative employment, while also stimulating the economy, and has allocated $100 million to this purpose. Mobilising an army of people to attack the Mackenzie’s pest problems could therefore achieve multiple aims.

Protect some areas from grazing. “The land DOC has got is mainly the hills,” says Peart. “It’s the plant species on the basin floor that are the most threatened. You need a core in that basin fully protected, not grazed, and pest-managed to protect the biodiversity.” The EDS report advocates the establishment of a drylands park in the basin—and Susan Walker agrees.

“If those native values are going to survive,” she says, “there are going to have to be large continuous areas set aside that are not intensively developed. They might not all have to be absolutely retired but they will have to have very low inputs and low stocking rates. The opportunity to do that, though, is disappearing quite fast.”

Consolidate the regulatory bodies.
The EDS report outlines in detail the multiple institutional failings that have allowed intensive irrigation to proliferate in the valley. Management of the area is split between Environment Canterbury and the Waitaki and Mackenzie District Councils. Neither Environment Canterbury nor Waitaki has a physical presence in the basin, so much of the responsibility for managing one of the jewels of the nation’s natural estate is left in the hands of the relatively tiny Mackenzie District Council. The EDS report advocates setting up a joint-agency unit in Twizel.

Those who live and work in the Mackenzie Basin choose to live close to the elements. Life here revolves heavily around weather and pests. Dad was forever heading up a hill to knock over another rogue pine tree, and rabbits had to be constantly killed, through 1080 poison drops and shooting. Even back then, there was the sense of keeping the forces of destruction at bay. Now, if the basin is going to retain its character—what makes it different from the rest of New Zealand—it needs concerted effort.

Farming for our future