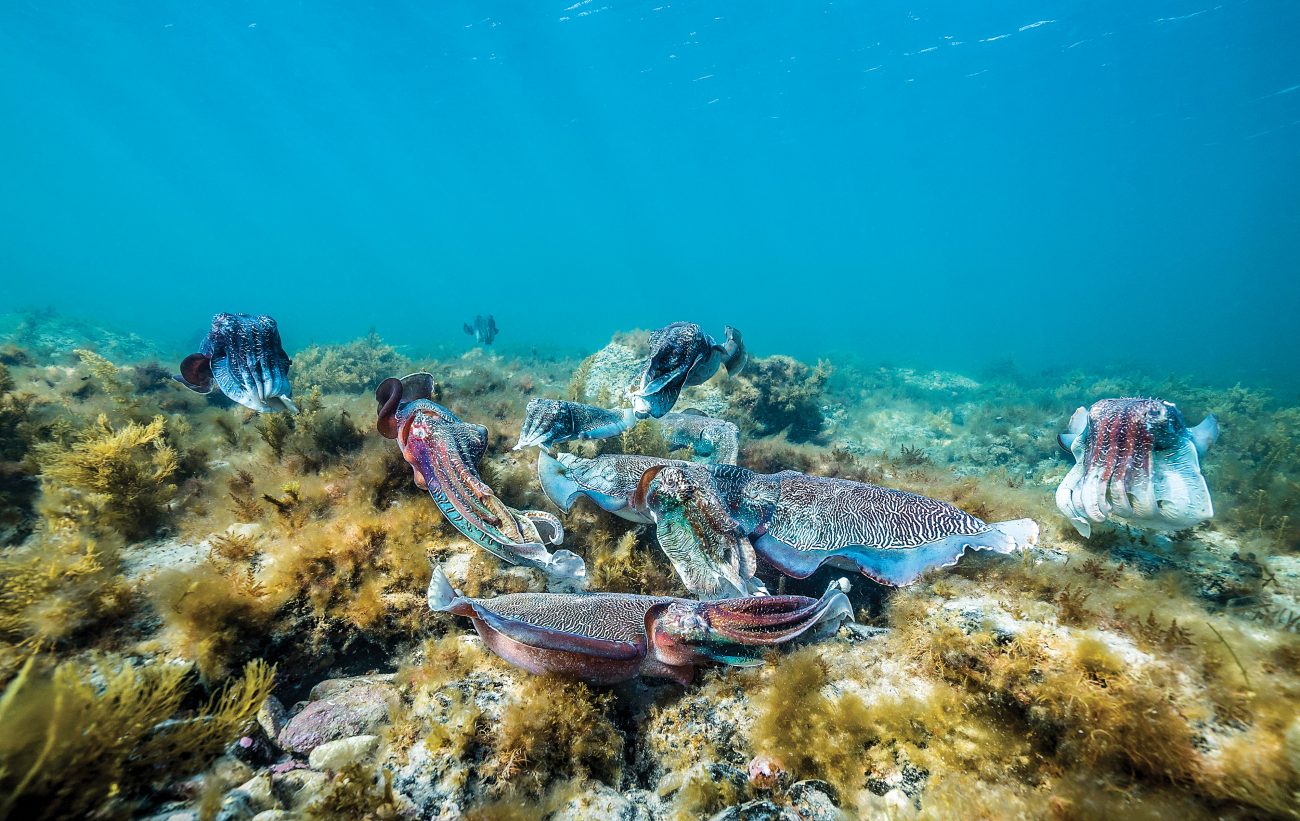 Have you ever found a cuttlefish bone washed up by the tide? You may also have seen one of the bleached, surfboard-shaped shells in a budgie’s cage, acting as a calcium supplement.

These are actually neither bone nor shell, but function in a similar way, giving shape and buoyancy to cuttlefish.

There are no cuttlefish in New Zealand waters, but their remains are washed here from Australia. So, which species were they? And what had killed them?

Researchers at Te Papa Tongarewa set out to solve the mystery. They managed to extract DNA from the dorsal shield, the top layer of the cuttlebones, and discovered that those most commonly found belonged to the Australian giant cuttlefish, Sepia apama. This animal lives in seagrass meadows and rocky reefs around the southern coasts of Australia, and it can rapidly change colour, flashing through different shades like a neon sign.

Next, the Te Papa team analysed the punctures, cuts, and scratches found on the cuttlebones to try to determine what had eaten them. Using animal skulls and teeth from the museum’s collections, they made indentations in Blu Tack, then matched up the bite marks with the patterns on the cuttlebones to find the culprits: albatrosses, sharks and dolphins.