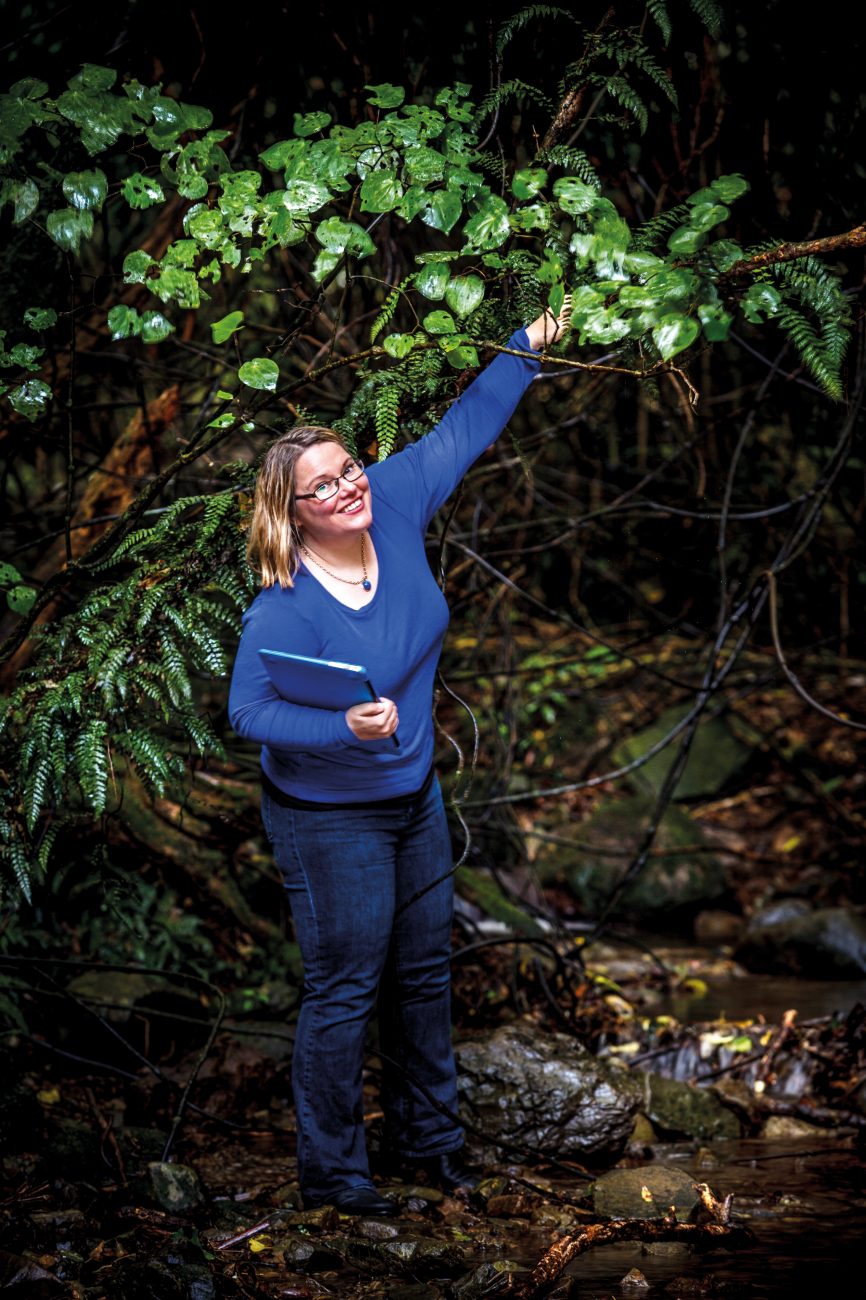 In a stream in Wellington there lives a snail. A tiny snail, found nowhere else in the world. Not much is known about it, other than it’s critically endangered and lives near Siobhan Leachman’s house. Leachman, a lawyer in a former life, is one of the few people to know about the snail—and, arguably, one of the few who cares.

She first heard about it when she attended an open day at Wellington’s Otari-Wilton’s Bush information centre. She had taken her two children along, and they were all playing with microscopes and checking out the displays when an expert held a talk on New Zealand’s micro snails, encouraging people to go out and find them. Leachman wanted to take her up on the challenge, but later, she couldn’t remember the name of the neighbourhood snail, or any other details.

She could have called the expert, but that’s not quite how Leachman operates. A digital volunteer, Wikipedia editor and citizen scientist, she decided others needed to know about the snail, and started working her way down the Department of Conservation’s entire freshwater invertebrate threat classification list, putting each threatened species into Wikipedia, trying to find her snail along the way.

It’s a long process—simply creating a single Wikipedia stub article can take her an entire day because of the encyclopedia’s verification requirements. She has since decided to work through the threat classification lists for other New Zealand ecologies—entering mosses, fleas, earthworms, frogs and bats—just in case someone discovers one of them in the wild one day and wants to know what it is. And as DNA analysis changes our understanding of taxonomy, DOC keeps adding to those lists.

There are others out there like Leachman. She is just one of an online army of “volunpeers” working with global cultural heritage organisations, doing the grunt work of digital projects such as transcribing historic field journals and tagging species photos. Leachman got started when she was bored at home with her kids, and her sister, who works for Te Papa, suggested she become a Smithsonian Transcription Centre volunteer. She was soon hooked, and her interest spread—to the Biodiversity Heritage Library, Zooniverse, the Australian Museum and the New Zealand Virtual Herbarium.

“It ends up exploding,” says Leachman.

“I’ve learned more about natural history than I ever thought I wanted to know.” She spends about four hours a day on it—an hour minimum.

“I treat it like work,” she says. “You can help contribute in five minutes. Anyone nowadays can go out and take a photo with their smartphone and upload it to NatureWatch NZ and contribute to biodiversity data.”

These days, she says, if you’re not on Wikipedia, you don’t exist. “The problem with Wikipedia is that few users edit it compared to the number who use it. Most editors are in America or Europe, and not enough people do New Zealand information.”

Oh, sure, articles like those on the All Blacks and political parties are rich in detail and well maintained. But if you’re looking for information on even the relatively common brown New Zealand skink, or on Hadopyrgus rawhiti—a critically endangered freshwater snail found only in a seepage by a waterfall in a stream in Kenepuru Sound—well, there’s not much out there. Which begs the question: If a native species isn’t on Wikipedia, is it important enough to be protected?

A year after her visit to the information centre, Leachman is still trying to find her neighbourhood snail. “It’s a needle in a haystack,” she says. “I will get to it at some point. Even if it takes me 10 years.”