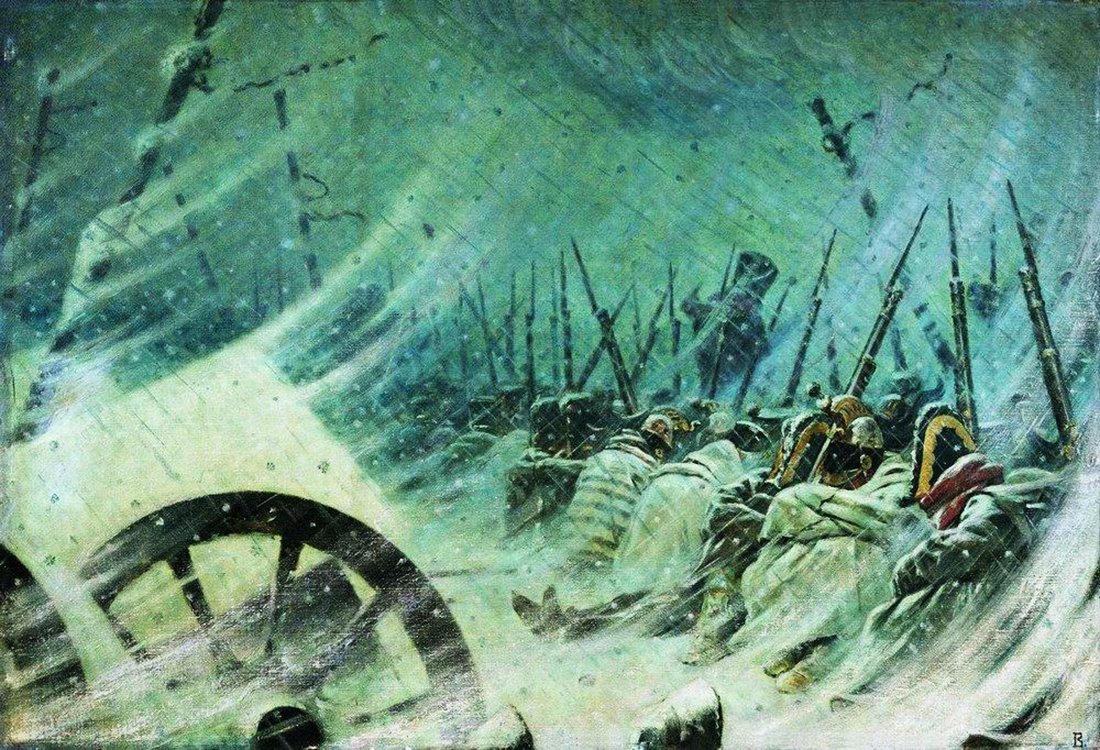 What would New Zealand’s history be like without the world wars? The terrible Russian winter and Napoleon’s folly may be to blame for those catastrophes, accord­ing to historian Adam Zamoyski’s riveting book 1812: Napoleon’s Fatal March on Mos­cow. The losses suffered in the invasion, par­ticularly to his cavalry, ensured Napoleon’s downfall the following summer. That led to an aggressive Germany unified under a militaristic Prussia, while in Russia, the Tsar came to believe he was God’s instrument on Earth. Growing more conservative as he aged, his repression of the generation who defeated Napoleon sowed the seeds of the Russian Revolution.

Napoleon’s army began retreating from Moscow on October 19, 1812, in fine weath­er. Three days later, rain turned the road to mud, making travel difficult. On November 6, snow fell and soldiers froze to death over­night when their campfires burned out. Once the snow compacted, it became rock hard and slippery, causing men and horses to fall. Carriages and guns had to be controlled on slopes using ropes held by dozens of soldiers. When they slipped, the guns crashed into ve­hicles ahead of them, creating chaos.

When horses fell, they often broke their legs, and in the space of a few days the army lost tens of thousands of horses to cold and accident. The Polish cavalry came through best as they had shod their horses in Mos­cow with shoes like crampons. A few of the French acquired small Cossack horses that had broad hooves and a low centre of grav­ity. These horses also knew how to slide down slopes by sitting down on their hind quarters with the rider still on their back.

Most of the army slept in the open, but the few huts still standing often became death traps. So many men crowded inside to shelter that some suffocated in the crush and huts often caught fire, either from their wooden stove overheating or campfires set too close outside the building by soldiers rip­ping timber off the hut walls.

On the night of November 12, the tem­perature dropped to minus 24°C and frost­bite became widespread among the troops. Not recognising the symptoms or knowing the treatment, many men lost noses, fingers and toes. With such a hard frost, there was no liquid water readily available, so men and horses suffered badly from dehydration.

Men ate horsemeat flavoured with gun­powder for the salt. Horses that died became rock hard in minutes so had to be cut up while still alive—including horses still walk­ing. When the owner looked away, a steak could be slicked from the numbed flank of a horse. The cold froze the blood and the horse would survive a few days longer.

But it was the river crossings that posed the greatest danger. As traffic bottlenecked, people were knocked over in the crush, trampled underfoot and killed. Russian artil­lery, drawn on sleds, sometimes caught up and shelled the crowd. The bridge over the Berezina had been burnt so 400 pontoon­ers built two new ones, working up to their necks in freezing water for 15 minutes at a time as ice floes washed past. Only eight of these men survived the retreat.

A two-day blizzard starting on Novem­ber 29 was remembered by survivors as the worst time. Some shot themselves. Those whose shoes had disintegrated got such bad frostbite that skin and muscle peeled away from the bones of their feet. Soldiers who fell down had their boots pulled off before they died. Men murdered for fur coats, and there were incidents of cannibalism.

When the blizzard passed, clear skies allowed the temperature to plunge. It fell to minus 37°C on December 6. At this tem­perature liquid water cannot exist in the air and water molecules in the air combine to form ice crystals that sparkle in the clear sky—a phenomenon meteorologists call “diamond dust”. Men’s breath was as thick as smoke and condensation formed icicles in hair, eyelashes and beards, which grew thick enough to obstruct vision and breath­ing. Eyelashes froze together and had to be pressed between fingers so eyes could be opened. Many got snow blindness, causing tears, which froze.

It was now so cold that men died walk­ing. Blood suddenly streaming from mouth and nose and sometimes eyes and ears, they would stagger a few steps like drunk­ards before falling. Many now had demen­tia, some so disorientated that they would walk into fires in bare feet and lie down. One gunner froze to death standing behind his cannon, hand on the breech and facing back towards Russia.

Two fresh divisions were deployed in front of the town of Vilna to stop the Rus­sian advance, but, not hardened to the cold, almost all froze to death over two nights. Nor were the Russians spared the suffering. Of the 97,000 who pursued the retreating French, only 27,000 reached Vilna.

The Russian general Denis Davidov re­membered colder winters in previous years, but not with large starving armies caught in the open. In all, counting civilians and sol­diers on both sides, around a million peo­ple died because of Napoleon’s invasion of Russia. In the opinion of General Armand de Caulaincourt, Napoleon’s ambassador to Russia, had Napoleon left Moscow two weeks earlier it is likely he would have ex­tricated most of his army intact and contin­ued to control Europe. But the warm start to autumn deceived Napoleon as he waited in vain for the Tsar to negotiate.

1812 was not the first time an invading army came to grief in a Russian winter. In 1709, the Swedish king Charles XII lost a third of his forces in winter before defeat at Poltava by Peter the Great.

Nor was it the last. Two hard winters dur­ing World War II contributed to the German Army’s ultimate defeat. A witness later re­membered Hitler fuming in December 1941, “These damned meteorologists, even they are talking about Napoleon.”