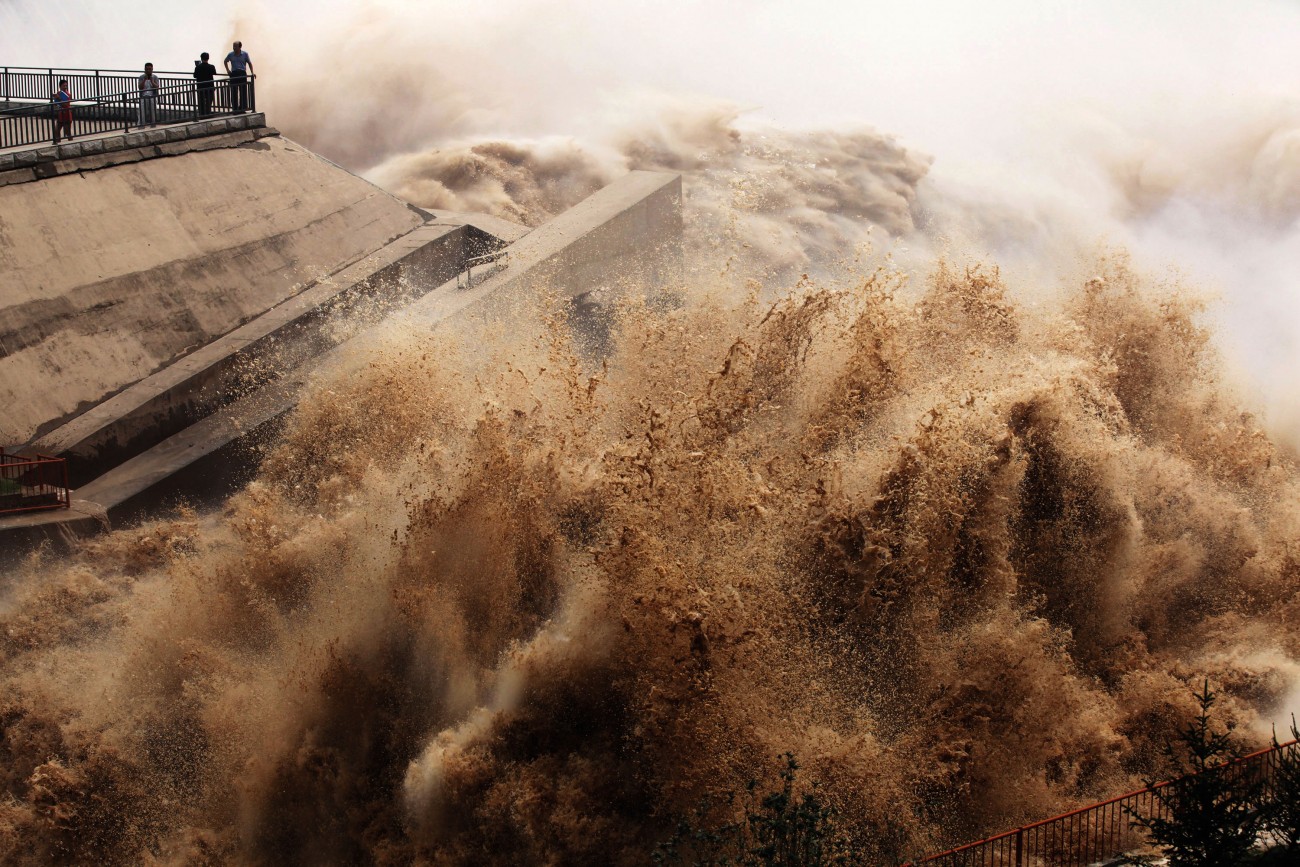 Rare and economically damaging weather ravaged central Europe last month, with widespread, sustained and heavy rain causing the worst flooding since the Middle Ages. Twenty-three people died and the damage bill was estimated at $22 billion. In two days, parts of Austria received two and a half months’ rain, greater than a one-in­100-year event, according to the Austrian Meteorological Service.

At Passau, in Germany, the Danube reached its highest level in more than 500 years. In Budapest, the same river crested at 8.91 metres on June 10, beating the previous record by 31 centimetres. At Halle, in Germany, the Saale River reached its highest level in the 400-year record. Flood defences held in many places, but the Elbe broke through its levees and flooded a large area, causing 31,000 people to be evacuated.

In southwest France, snowmelt and heavy rain in the Pyrenees raised the Gave de Pau river by almost five metres on June 18, causing the worst flooding in the pilgrimage town of Lourdes in more than 40 years. The river reached the second floor of some hotels and flowed 1.4 metres deep through the famous Catholic shrine. Two people drowned and damage was estimated in the millions.

The deadliest floods occurred in India, where more than 5000 people were believed killed after the monsoon came early to the province of Uttarakhand. The provincial capital, Dehradun, received 370 millimetres of rain in 24 hours on June 16, which is the highest on record. Although the monsoon started on time in the south of India, its advance northwards was the fastest on record: it reached Uttarakhand two weeks early and Pakistan four weeks ahead of time.

Many religious pilgrims were trapped in the mountains as more than a thousand bridges were damaged or destroyed and roads in gorges collapsed into rivers. Around 100,000 people had to be evacuated. Among the worst-hit places was the sacred town of Kedarnath in Uttarakhand, where two mountain rivers converge. In one valley a landslide loaded the river with debris, while in the other, a lake that had formed as a glacier retreated burst through the moraine wall that was holding it back. Houses were destroyed or buried under rubble. Dead bodies contaminated drinking water and some corpses reached Allahabad, 650 kilometres downstream.

Deadly flooding also occurred in nearby Nepal and in China, where 220,000 people were forced to evacuate by the worst flooding in 50 years in the province of Sichuan. The city of Dujiangyan had 940 millimetres of rain in 40 hours—the biggest downpour since records began in 1954. Multi-storey buildings collapsed into rivers in the cities of Beichuan and Chengdu. More than 200 people were killed or missing.

In Canada, much of the city of Calgary was under water after heavy rain on June 19–20 across the headwaters of the Bow and Elbow rivers. There were four deaths, and 100,000 people were evacuated from the city. Houses were swept away as riverbanks collapsed, the trans-Canada highway was cut and water rose to the 10th row of seating in the Calgary hockey stadium.

Damage was estimated at up to CA$5 billion, making it the costliest flood in Canadian history. Alberta Premier Alison Redford pledged CA$1billion in relief, forgoing any chance of balancing the budget for some years to come. “The world changed on Thursday,” she said.

Meanwhile, heatwaves were occurring in places such as Finland, Alaska, Siberia, the American Mid-West and China.

In Shanghai, where the temperature reached 40.8ºC, the highest on record there, a television station filmed a pork steak frying on the footpath.

Japan and Korea had their highest tempera­tures on record, as did Austria and Slovenia. In England, the July heatwave was blamed for 760 deaths.

The destructive and expensive weather affected New Zealand as well. On June 16, a cold front dumped 200–300mm of rain in the ranges of western Nelson in a little over 24 hours, causing flooding and landslides. A woman was killed near Motueka when a landslide destroyed her house.

A strong easterly flow developed on the polar side of the low that developed, bringing heavy rain and widespread flooding to Canterbury and Otago. Very cold air then swept up the country from the south, bringing snow to low levels and closing many of the higher roads in both islands. A second low deepened to the east of the North Island, causing very strong southerly winds—Wellington Airport recorded gusts of 143 kilometres an hour, making this one of the strongest southerly storms since the Wahine ferry tragedy in 1968, when gusts at the airport reached 188 kilometres an hour.

Unluckily, the storm coincided with the elevated sea level of a king tide. The sea level was raised further by storm surge caused by the low pressure and strong winds piling up water against the land. Giant waves on top of the elevated sea did considerable damage around Wellington. Coastal roads and rail lines were washed out, boat sheds destroyed, and the sea entered a number of houses. Thousands of trees came down, cutting power lines in places and damaging cars and houses.

Insurance damage from the storm was estimated at $33 million.

Evidence of global warming is all over such widespread outbreaks of severe weather. The record rainfall is a consequence of warmer air’s capacity to hold more water gas, and the heat released as the water condenses further intensifies storms.

When the Inter Governmental Panel on Climate Change published its predictions of temperature and sea-level rises last century, it also warned that the warming climate was likely to have surprises. The rapid disappear­ance of Arctic sea ice in summer is one of them, and its effect on northern hemisphere weather patterns is another. There are likely to be more.