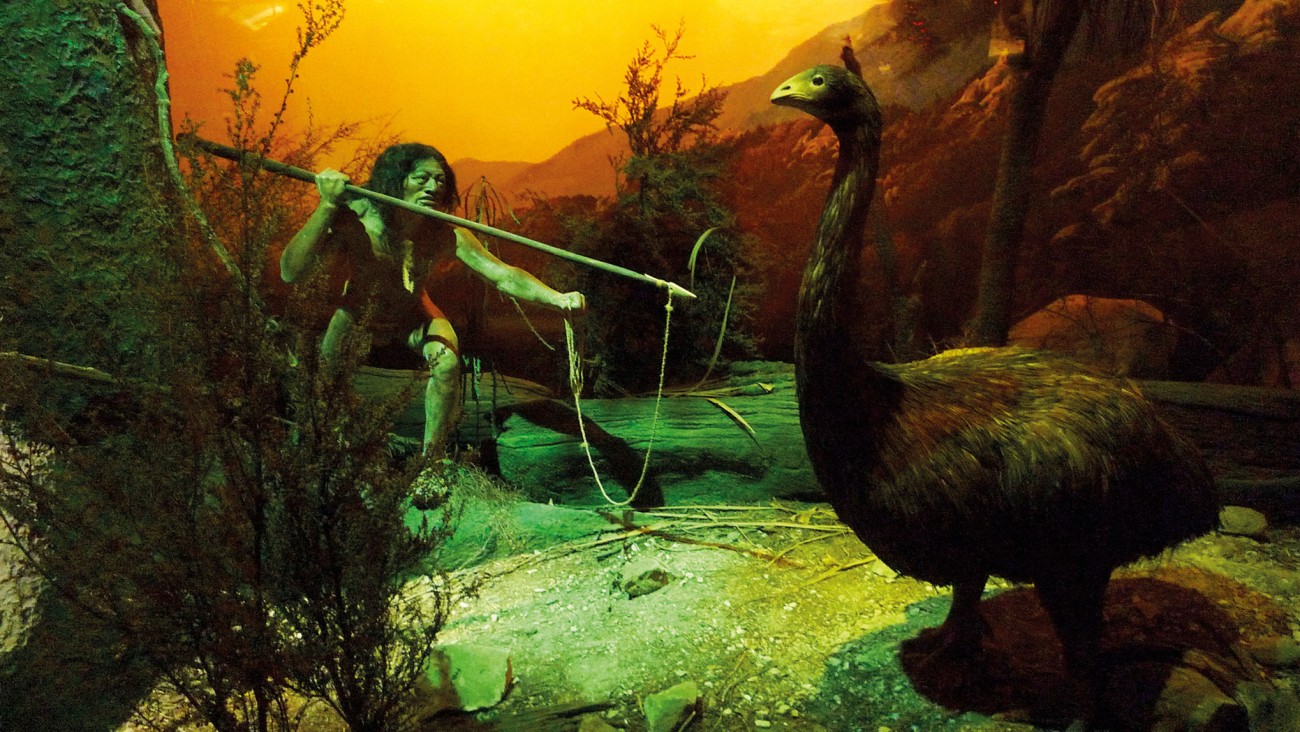 The Moa were perhaps the most unusual family of birds that ever lived. Some boasted legs built like an elephant, others laid eggs the size of rugby balls, and the giant moa was the tallest bird ever to walk the planet. They evolved in isolation over millions of years, roaming the forests of New Zealand, but were ill-prepared for humans. By the time European explorers arrived, moa were ghosts of the past.

“First we killed them, then we ate them, and then we forgot about them. Human beings have not been kind to the moa,” writes Quinn Berentson, author of Moa: The Life and Death of New Zealand’s Legendary Bird.

The 200-page book recounts how for 180 years or so, the moa fascinated and mystified the finest minds in natural history. It was rediscovered in the 1840s, when an unusual bone was presented to the ambitious English biologist, anatomist and palaeontologist Richard Owen. He puzzled over the bone, eventually declaring it to be from a giant extinct bird. To build a more complete picture of this bird, however, would take another two centuries.

“The moa had simply refused to be pinned down by science, and each effort to categorise it seemed to blur the picture even further,” writes Berentson.

The identity of the feathered bird was built bone by bone, as land was colonised and cultivated, mined and explored. Maori traded bones for money, settlers bartered with bones, and Julius von Haast traded a surplus of moa skeletons to establish the Canterbury Museum with a world-class collection of elephant, alligator and gorilla specimens.

In 1938, a century after the moa was rediscovered, farmer Joseph Hodgen and his son Rob found a huge trove of moa bones in Pyramid Valley, North Canterbury, while disposing of a dead horse in a swamp. The remains were immaculately preserved under a layer of “yellow quivering jelly” writes Berentson, a limey alkaline gel made of billions of freshwater crustaceans.

The pit was the first large find of complete skeletons. And from it, the then director of Canterbury Museum extracted the bones of more than 180 birds, which contained clues as to what the moa ate and how they bred and behaved, allowing scientists to begin to understand moa ecology.

“The moa did not exist in isolation—it evolved as part of a complex ecosystem and over millions of years it shaped, and was shaped by, the plants and animals around it,” writes Berentson. “And as it turns out, if we look closely at the precious fragments of the moa’s lost world which are all that we are left with today, there are still visible traces of the moa in the New Zealand wilderness that have outlived the birds themselves, like ripples from a sunken stone.”