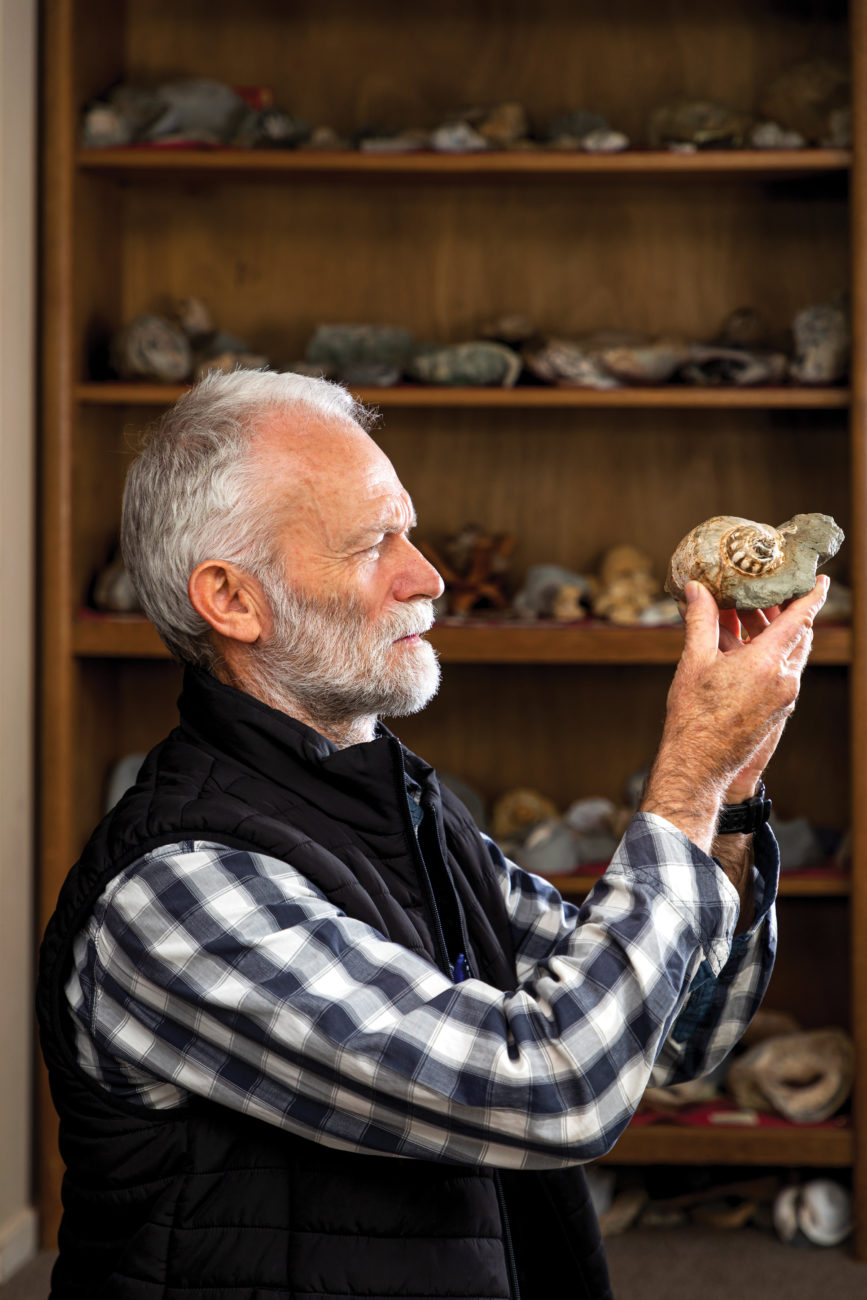 One summer’s evening in 2005, Leigh Love was having a picnic with his family by the Waipara River in Canterbury, not far from his house.

Just as it was getting dark, something on the water’s edge caught his attention. At first he thought it was a piece of dog poo, but curiosity got the better of him and he went over and picked it up.

“I gave it the sniff test and it smelled okay, so I took it home.”

Later, under the light, more details were revealed: the thing was brown, cone-shaped, marked with patterns that reminded him of a piece of asparagus. It must be a fossil, he thought. Love didn’t know anything about fossils, but there was something about this little object that set off a spark within him. He had to know what it was.

Not finding anything online, he went down to the Canterbury Museum to see if the palaeontologists there could help. The museum’s senior curator of natural history, Paul Scofield, and another colleague welcomed him in.

“They said, ‘Yep, we know what that is—and there are only a couple of places in the world you find it’.”

It was a Waiparaconus, a kind of ancient coral. Love was hooked.

He had been working as a jeweller, and a health supplement distributor, but at the time, he was off work due to chronic fatigue. To keep active, he began walking along the river, scanning the cliffs and the riverbed for fossils. Now that he was looking, they were everywhere: shells, shark teeth, whalebones, moa bones, dolphin skulls, sponges, corals—and fragments of extinct marine reptiles and ancient birds.

The walks got longer and longer, until he was covering 20 kilometres a day, five or six days a week. The collection of bones in his display cabinet grew and grew—and gradually, the fatigue dissipated. Fossicking was like therapy—he could do as much or as little as he wanted, pulled along by the thrill of the hunt. He’d record the location of each find, photograph the fossils, and if he couldn’t identify them, he’d send the images to Scofield. Sometimes, Scofield could tell him what it was. It was even more exciting when he couldn’t.

Over the years, Love has unearthed at least eight new species—and some of these have rewritten scientists’ understanding of bird evolution.

In 2009, Love found half a dozen mysterious wing and chest bones and handed them into the museum. They turned out to belong to a shag-sized seabird from about 60 million years ago—one of the oldest seabirds ever found.

“Australornis is a missing link—we still don’t understand its true relationship to other birds,” says Scofield.

Love turned up the most complete ancient penguin skeleton ever found. Called Sequiwaimanu rosieae, or Rosie’s penguin, it was missing only its feet. Meanwhile, a set of leg bones that Love had been keeping in his display cabinet turned out to be another new ancient penguin species—Crossvallia waiparensis, as tall and heavy as a human.

In September, Canterbury Museum announced the latest of Love’s avian finds. Protodontopteryx ruthae—named after his wife, for her support of his paleontological passion—is one of the oldest named bird species in the world.

Bony-toothed birds, a now-extinct group of gigantic seabirds, were thought to have evolved in the northern hemisphere. Love’s discovery of the smallest and most ancient member of the family in Canterbury has overturned that theory.

“They’re a totally extinct lineage as ancient as moa, and they were the largest of all flying birds, some with wingspans of 5.5 metres,” says Scofield. “It’s demonstrating not just how important New Zealand was for some of these bird groups, but also how extraordinary this particular site is.”

It’s not like anyone can just walk out of their house and find fossils of global significance, says Scofield. Love is a particularly good treasure-hunter. But he also happens to live in a very special place. 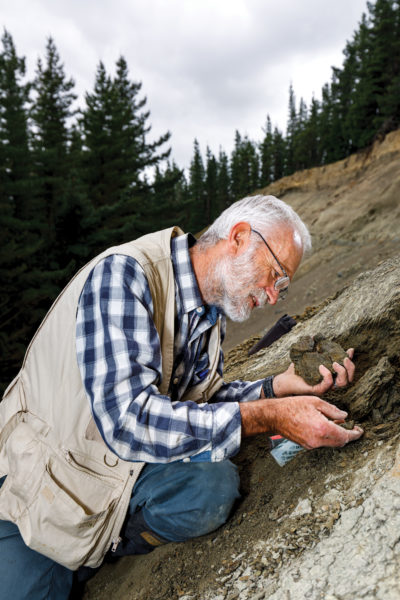 The Waipara River is one of just two locations in the world where significant numbers of bird fossils have been found from the Palaeocene epoch, the period immediately after the asteroid struck the Earth and all the dinosaurs died, from 66 to 56 million years ago. The other is on the Antarctic Peninsula.

“They reckon it’s the most significant site in the world for bird fossils of this age,” Love says. “I was out there yesterday and found another cluster of bones—it just keeps on giving.”

Love doesn’t get paid for his fossils. When he started collecting, he’d get so attached to his finds that it was hard to relinquish them to the museum for further study.  But the collaboration has been a rich experience, he says.

Though he’s currently working as a builder and landscaper, on the side he’s become an expert in Palaeocene bird fossils and a co-author of scientific papers, and he has a species named after him: “Today I have no hesitation in giving this stuff to the museum for everyone’s benefit.”

Most people cross the Waipara with no idea of its international significance. One day, when Love got lucky and pulled a piece of petrified wood out of the river, a family had gotten their four-wheel-drive stuck in the mud nearby. Brimming with excitement, Love went over to show them the find: “They took one look at it and dropped it on the ground. I was so gutted.”

Fossils might not be for everyone—but they’re everything to Love.

“Every time you find a bone, you’re wondering what it is. There’s a degree of anticipation, excitement, and then when you suddenly find something that is brand new, that is a new species, your whole life lights up.

“You can’t wait to get out and start fossicking again.”

Some of Leigh Love’s most important fossil finds will be on display in a new exhibition at Canterbury Museum at the end of 2019.