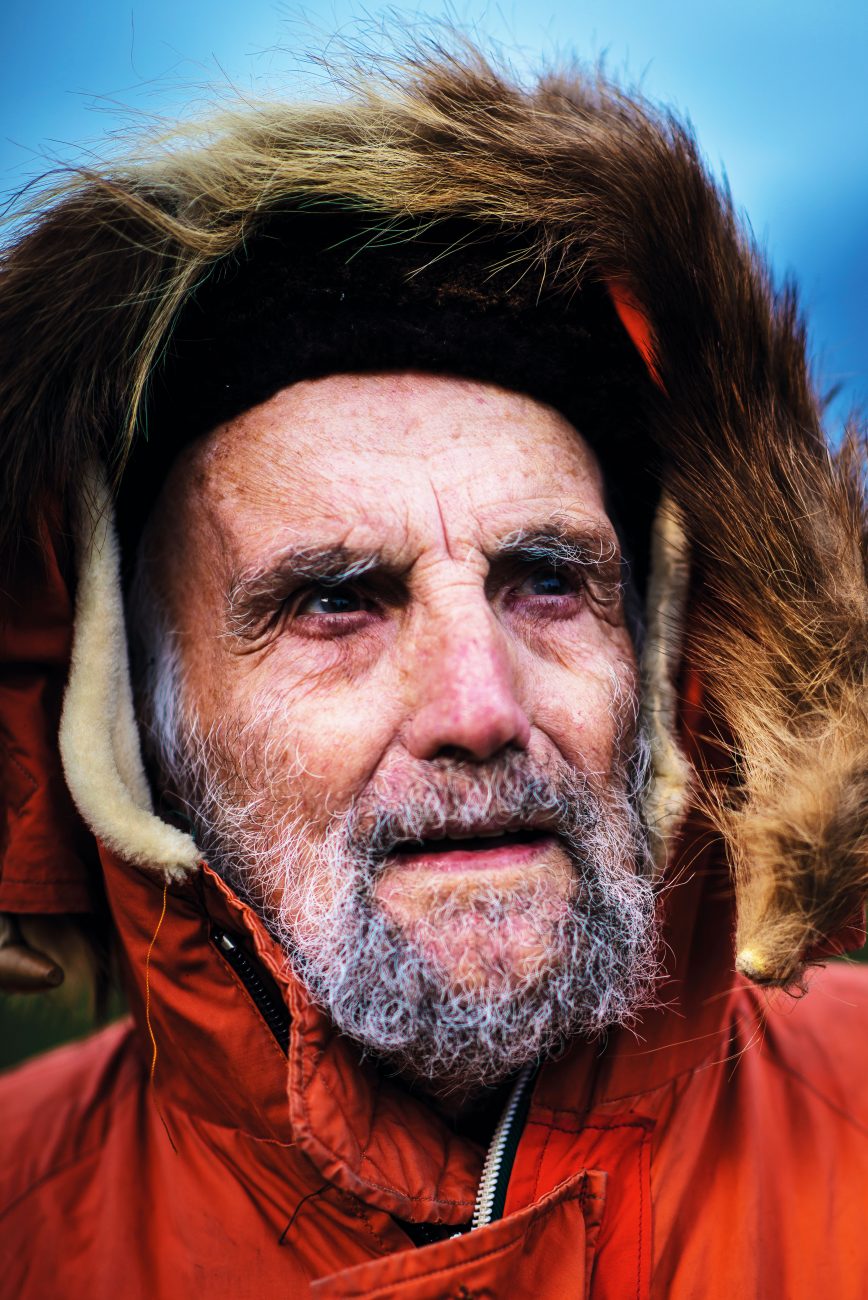 When Trevor Chinn first visited the Franz Josef Glacier, it was to make ice cream. As a child he helped to load blocks of ice into a sack to take home to Tetaho, near Whataroa, and marvelled at a temporary lake formed at the foot of the glacier by a recent retreat. Bergs bobbed in the lake, and the contrast between the white ice and surrounding forest was dramatic.

“For the rest of my life I was drawn to that spectacular ice,” he says.

Chinn crossed the Southern Alps by rail from Greymouth to Christchurch in 1945, and watched transfixed through the express carriage window as the tussocked turrets slid past, dearly wanting to experience the mountains. He eventually got his chance with the university tramping club, an experience, he says, “that changed my whole life”.

On completing university, Chinn was the only graduate in New Zealand with qualifica­tions in hydrology and alpine experience. He was plucked from his job in the North Canterbury Catchment Board and employed in the building next door—the Ministry of Works—on a challenging assignment to measure the snow on Tasman Glacier. It was the genesis of a lifelong scientific career that focused on the behaviour of a single extraor­dinary molecule.

“Water is hard and heavy when it’s a liquid,” says Chinn. “At ambient temperatures it should be a gas and it’s not. And the fact that it expands when it freezes is amazingly convenient. If it didn’t, the bottom of the sea would be full of ice.”

The more he studied the behaviour of ice, the more complex and rich were the interpretations. Chinn made a landmark study of the Ivory Glacier, a small West Coast cirque glacier that he later discovered was in the process of slow and total collapse, even as the team was making their measurements. The dwindling of the glacier was not the result of the current climate, but of atmospheric changes wrought half a century ago, such was the delay in the response of the ice, an effect later expressed as ‘reaction time’.

In 1977, Chinn took part in a Swiss-led ‘World Glacier Inventory’. He and his colleagues made the first snowline recording, flying  along both sides of the Southern Alps in a Cessna-185, photo­graphing the size and shape of the South Island’s 3144 glaciers. (There are a further 18 glaciers in the North Island.) Flights were made at the end of summer each year and, over the course of the three-decade study, the objective changed from merely making an inventory, to recording the annual behaviour of a few of the glaciers. By this time, all of the 13,000 photographs from the glacier inventory had been identified and catalogued. The study would become the foundation of science on New Zealand’s total ice volume, a figure central to understanding the rate of climate change.

“We could see all sorts of things going on. Glaciers in advance, those in retreat, some with terminal lakes or those scarred by rock avalanches,” says Chinn. “And we realised we were getting more information from these glaciers than from any ground research site.

Solar radiation, snowfall, temperature, wind… There’s no instrument in the world that makes such an accurate measure of climate from one year to the next.”

Since Chinn’s landmark aerial study in 1978, New Zealand’s glaciers have lost 15 per cent of their total volume of ice—some 8.4 cubic kilometres­ according to his most recent paper, published with colleagues Blair Fitzharris, Andrew Willsman and Jim Salinger in the journal Global and Planetary Change.

“By 1960, it became obvious that the glaciers were following the measured warming trend. As the climate warms, the snowline rises and the amount of ice reduces,” says Chinn. “But while they might lose a lot of ice, they do not disappear entirely. If the snowline drops again, the glacier will eventually reappear in the same place. Glaciers never die.”