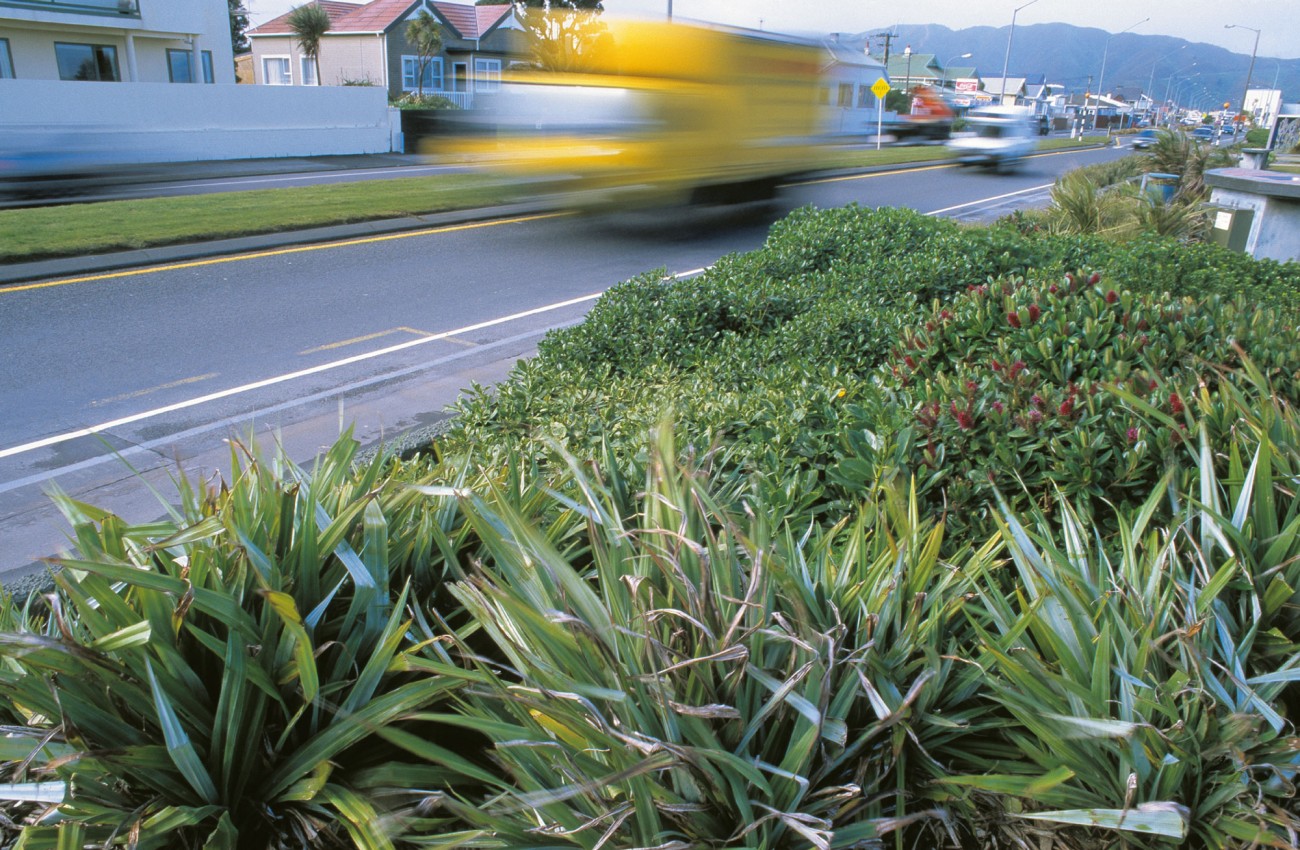 New Zealand’s offshore and mainland islands are well known as sanctuaries for endangered plants and animals. But now there’s a new twist: the adoption of traffic islands to preserve rare plants.In 1997, Hutt City Council, in partnership with Excell Corporation, decided to turn Petone Esplanade, one of Hutt City’s busiest roads, into a haven for threatened coastal species.

Most of the plants selected for the project are native to the Wellington region and have been chosen for their ability to handle the exposed conditions of the Petone waterfront. Kelly Crandle, who helps manage the project for the council, says, “We’ve put in around 8000 plants along the foreshore and on traffic islands. About 25 per cent of them are species threatened in the wild.”

The aim of the project is to have an “insurance” planting of most of Wellington’s threatened coastal plants, and to establish a substantial stock of accessible rare plants from which to propagate and also to replant in the wild. One of the advantages of planting the species in an urban environment­ especially on traffic islands—is that vehicle activity keeps rabbits and possums at bay.

Among the species being grown in the new reserves are Muehlenbeckia astonii (shrubby tororaro), Euphorbia glauca (shore spurge, thought to have been extinct in the Wellington region for 20 years, then rediscovered in 1995/96 on a rocky stack off Kapiti Island), Discaria tomentosa (a species of anchor plant, one of Wellington’s—and the North Island’s—rarest plants), Hebe speciosa (showy hebe) and Tetragonia tetragonioides (New Zealand spinach).

Crandle says reaction to the plantings has been positive, although many visitors aren’t familiar with the look of some of the plants—such as the “bird’s nest” type, of which the sprawling Coprosma acerosa (sand coprosma) is an example—and some locals think that plants like wild Spaniard and matagouri are too spiky to use in public plantings.

Despite the scarcity of some of the plants, there have not been any thefts or vandalism, nor have vehicle exhaust gases proved a problem. School groups and walking tours now utilise the plantings as a handy study resource, as numerous rare varieties can be seen within a confined area.