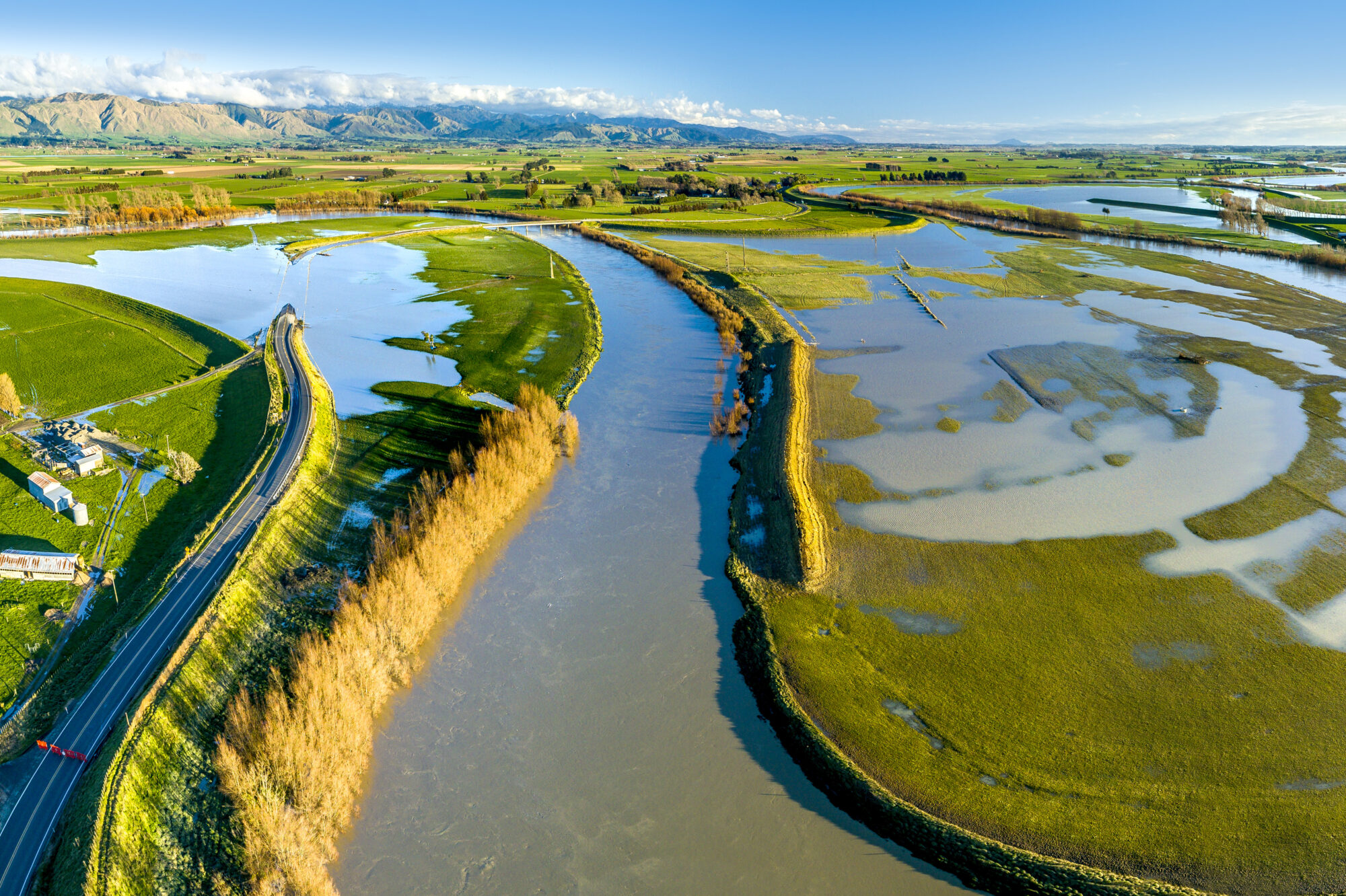 It would be easy to drive along State Highway 1 and cross the lower Manawatū River without noticing it. On the stretch between Levin and Foxton, it’s the Tararua Range that catches the eye, not the unchanging pastoral landscape of the lowlands.

Yet, only a few kilometres away, the river’s mouth holds one of New Zealand’s most important estuaries. Along with the Firth of Thames and Farewell Spit, the Manawatū estuary is one of six listed on the Ramsar Convention’s list of wetlands of international significance. Each spring, godwits, red knots and golden plovers descend on its sand banks and salt marshes to join threatened wrybills and banded dotterels, and the region’s biggest breeding population of fernbirds.

In the mountains, the Manawatū demonstrates its geology-defying force. Its headwaters are near Norsewood, east of the Tararua Range, but instead of taking the easy route east to the Pacific, the river cuts a deep gorge through the divide, separating the Ruahines from the Tararuas, and meandering westward through the plains to the Tasman.

That’s because the Manawatū is older than the mountains around it—and this is where its name still rings true. According to legend, Māori explorer Haunui was so taken by the power and beauty of this river that his breath (manawa) stood still (tū).

Today, it takes some imagination to picture the original landscapes along the flow of the Manawatū. Tawa and black beech forests cloaked the greywacke hills, kahikatea and pukatea grew on the floodplains and tōtara on more free-draining soils. Only extensive wetlands interrupted the forests.

The first Māori settlers were coastal people, relying on plentiful food from the seashore, lakes, lagoons and coastal forests. A second wave of Māori occupation took people further inland, but mostly along the natural run of the river. The footprint of Māori settlers was lighter here than elsewhere in New Zealand, writes Catherine Knight in her environmental history of the Manawatū, Ravaged Beauty. But soon after European settlement, the “river ran discoloured from sewage and industrial waste”.

The first sawmill sprang up near Foxton in 1840, processing timber to build a tram and railway to Palmerston North. Bush farmers, who had bought forested lots to convert to pasture, earned their first income from felling the most valuable trees, then went on to burn the rest. Even back then, there were voices critical of the speed of forest clearance—not because they wanted to protect native forests but because they saw the burns as a waste of a resource.

As a result, the pace of erosion accelerated. Heavy rainfalls washed topsoil off the denuded hills, choking the river with sediment, and increasing the flood risk in a region with high rainfall. After devastating floods in 1941 and 1953, the Moutoa sluice gates and floodway were completed in 1962, New Zealand’s first major flood-protection scheme,

But floodways only control floodwaters; they don’t address risk factors like sedimentation. When a major storm in 2004 breached stopbanks, more than 100 farms were damaged, 1000 people became temporarily homeless, and thousands of sheep drowned. Knight describes the Moutoa scheme as a “reminder of an era when confidence in engineering and scientific fixes to environmental issues was at its height”.

The story of how the Manawatū turned from a breathtakingly beautiful river to one of the most polluted waterways in the country galvanised people to march in the streets of Palmerston North in 2006 in protest against the waste flowing into the river and the local authorities’ failure to prevent it.

In 2009, the Manawatū became infamous when headlines described it as the “worst in the west”—one of the most polluted rivers in a study that measured dissolved oxygen in almost 300 waterways across North America, Europe, Australia and New Zealand. The study’s main scientist soon qualified the claims (the number of rivers sampled was too small to draw such dramatic conclusions) but nevertheless described the river as “very unhealthy”.

The attention prompted two initiatives that offer some hope for the Manawatū. In 2010, Horizons Regional Council introduced more rigorous policy, called the One Plan, and not long after, several groups across industry, iwi, local authorities and non-profit organisations formed the Manawatū River Leaders’ Forum, with ambitious goals of improving the health of the awa.

The story of the Manawatū encapsulates tensions between commercial enterprise, farming and environmental protection that play out across New Zealand, making the debate about freshwater quality so divisive.

Waste is flowing into the Manawatū. Starting with the first sewage outfall built in Palmerston North in the 1890s, towns, abattoirs, dairy factories and flax mills discharged waste directly into the river for the first half of the 20th century. Knight describes this as the phase of “gross pollution”, involving solid, clearly visible waste. It became most acute during the 1950s. “In particular, freezing works discharged wool, fat, blood and entrails into the water, sometimes resulting in mats of bacteria known as sewage fungus,” writes Knight.

The Waters Pollution Act was introduced in 1953 and the first prosecutions for breaching it were carried out during the 1960s. Instead of sewage being discharged straight into the river, settling ponds were introduced to treat it—but at the same time, agriculture was becoming more intensive.

The second phase of pollution came from specific points of discharge—pipes from factories and sewage-treatment plants. The waste was no longer visible, but it began to change the chemistry of the river, decreasing oxygen levels and triggering mass fish die-offs during the 1970s, particularly downstream of the dairy factory at Longburn. This, like many environmental crises, eventually led to positive change, including secondary treatment of sewage and a gradual shift towards discharging dairy-factory waste onto the land rather than into the water. But waste continues to flow into the river: there are currently 25 resource consents for major points of wastewater discharge along the Manawatū, and many more minor sources along its tributaries.

Excess nitrogen and phosphorus pollute the river. Since the introduction of the Resource Management Act in 1991, point discharges of wastewater require permission—resource consent. Enforcement of this rule has been far from perfect, but nevertheless, it has reduced direct, traceable pollution. The biggest challenge now is diffuse pollution. Nitrogen seeps into groundwater, or the river, as nitrate or ammonia from surrounding farms, while phosphorus enters the water in soil washed off exposed hill country. This is much harder to monitor and control, and it feeds the growth of periphyton—slime and algae which can grow to such an extent that they choke waterways.

“From the river’s point of view, it went from sewage fungus to periphyton, which is causing all the problems,” says freshwater ecologist Mike Joy, who has lived near the banks of the Oroua River, one of the Manawatū’s major tributaries, and has carried out research throughout the catchment.

On land, nitrogen and phosphorus are added as fertilisers, boosting the growth of plants—and they have the same effect in water, leading to an overgrowth of aquatic vegetation and algal blooms, which in turn deplete oxygen and the ecological health of the river.

The water isn’t safe for swimming or drinking in parts of the catchment. This is because rain washes manure into the river, or smaller sewage plants that lack ultaviolet sterilisation treatment or storage capacity overflow during extreme rainfall. Environmental online data platform Land, Air, Water Aotearoa (LAWA) shows that only some beach areas are clean enough for swimming.

Most recreational spots along the Manawatū and its tributaries are unsuitable for swimming.

Sedimentation is still an issue. Successive governments continued to subsidise the clearance of forest from the hill country, which is prone to erosion, until the 1980s. A report released in 2013 by the then Parliamentary Commissioner for the Environment, Jan Wright, estimated that nearly four million tonnes of soil are lost off the land and carried as sediment down the Manawatū in an average year. During the early period of European settlement, the Manawatū, unlike other regions, didn’t have any advocates for the protection of native forests, and it lost more of its forests than other areas of the country.

This sedimentation—along with excess nitrogen and phosphorus—destroys habitat for native fish. In 2006, Mike Joy provided evidence during consent hearings for an extension of Fonterra’s discharge from its dairy factory at Longburn. He says, from a scientific perspective, it was difficult “to show an impact of their plant because the river was already so degraded by the time it got to Longburn that everything was off the bottom of the scale”. Of the native migratory fish found in the river, the worst affected, a whitebait species called kōaro (Galaxias brevipinnis), had lost about 80 per cent of its habitat because its preferred rocky riverbeds had been blanketed in silt.

Floods pose a risk as the most frequent natural hazard. The swampy lowlands of the Manawatū used to absorb floods in the past. The area where Palmerston North is sited once had five horseshoe lagoons, only remembered in the names of suburbs today. Drainage of wetlands and the added sediment flows limit the land’s capacity to soak up floodwater.

The first tensions over water being taken from the river system flared up during the peak of the flax milling days early in the 20th century, and continue in some parts of the catchment. Across the Manawatū catchment, abstraction of water for agriculture increased by 446 per cent between 1997 and 2009. 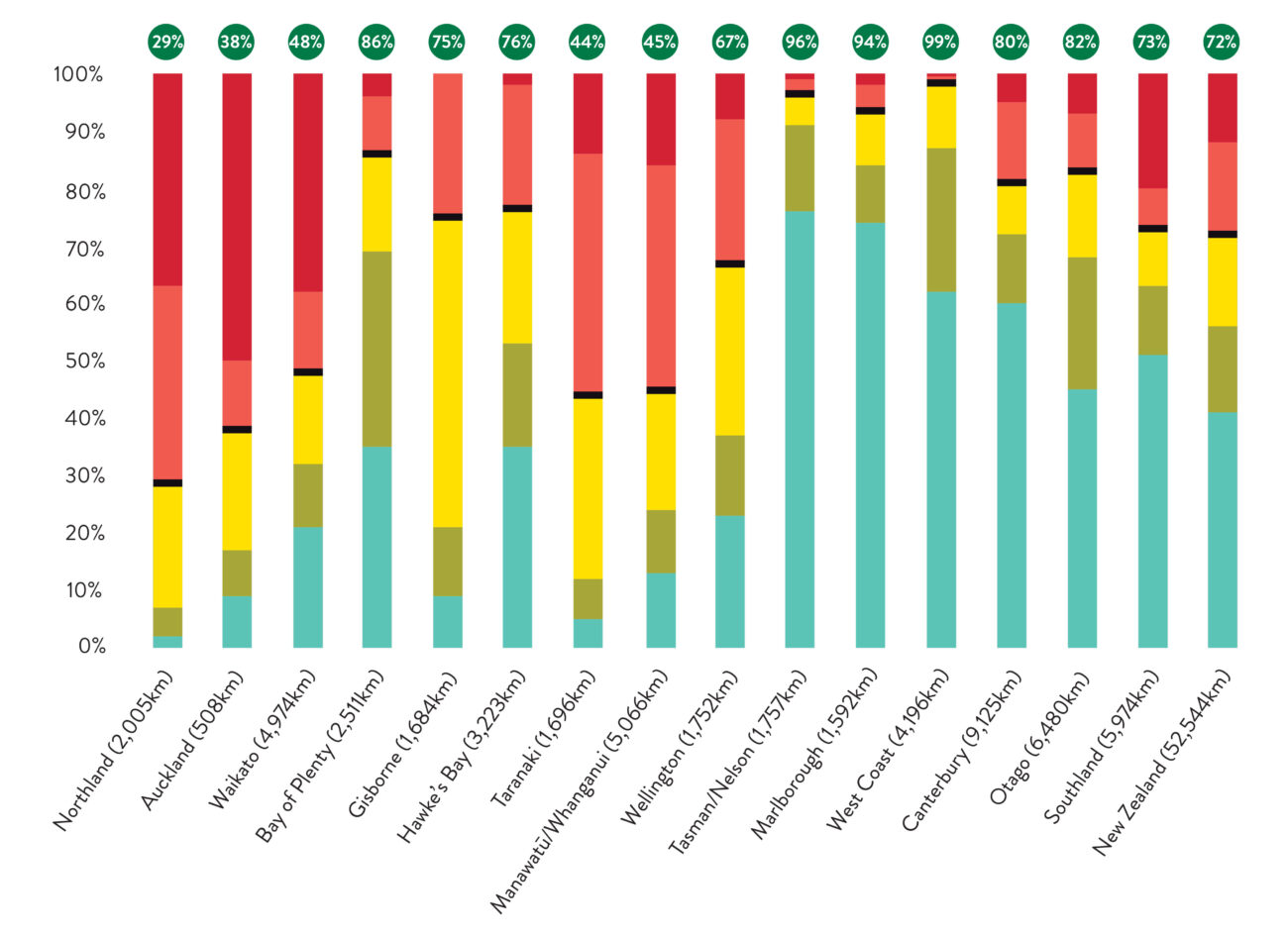 The Manawatū is one of New Zealand’s most important regions for farming—sheep, beef and dairy—as well as a hub of agricultural research. Indeed, agriculture has supported the region’s economy from the earliest days of settlement, and it has reshaped the landscape. But recent times have brought a deeper acknowledgement and appreciation of what has been lost. 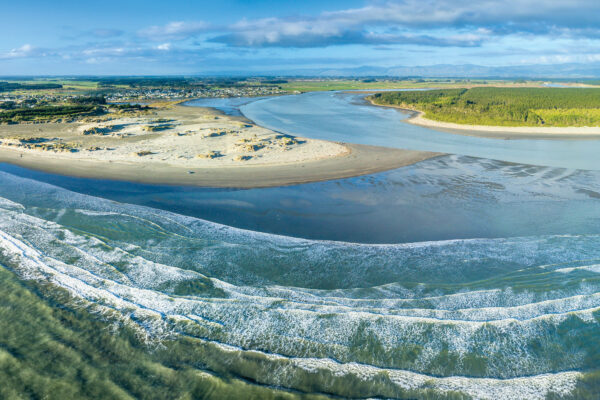 Two or three generations of people have lived close to the river during its gradual decline. They experienced what ecologists describe as a shifting baseline—when change takes place so slowly that people come to see their current experience of their environment as normal. But now, judging by the number of community projects under way to restore the Manawatū and its tributaries and wetlands, people have realised this state isn’t normal—and their vision is strong for returning the river to its former might and beauty.