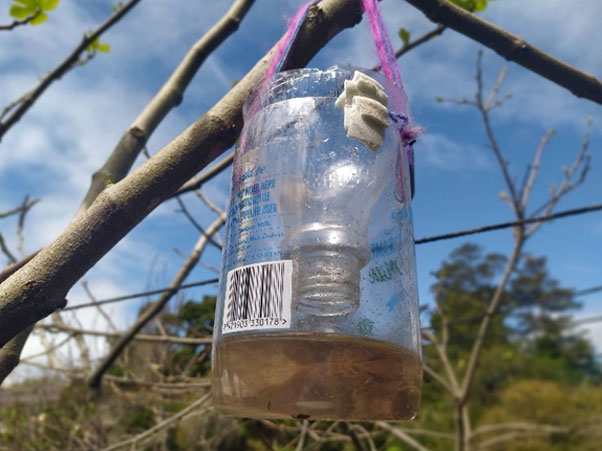 It’s a good idea to keep on top of wasp populations so that bees and other pollinators can do their work – helping to make sure we have lots of feijoas and other fruit! This simple home-made wasp trap is easy to put together. 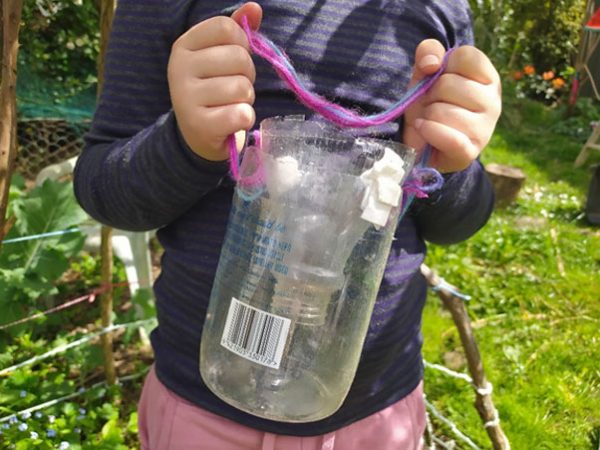 Step One: Cut around the bottle just where the neck starts to taper. Sit the neck facing downwards into the bottle. Tape these together. Puncture the sides of the bottle and tie string through on either side to create a handle. 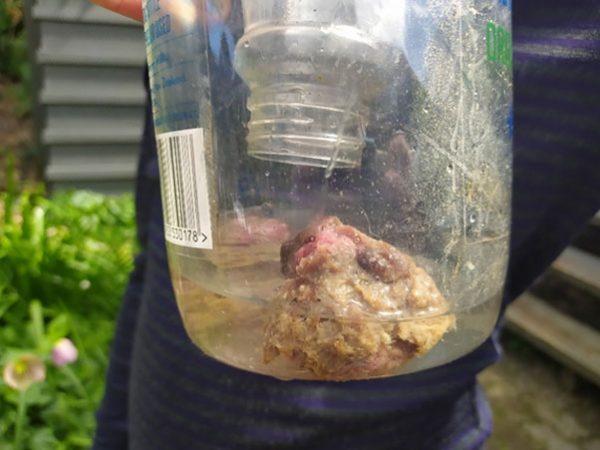 Step Two: Place some meat scraps (we used cat food) in the bottom of the bottle as bait. Add some water so that the wasp will drown when it goes after the bait. (In late summer, wasps switch to looking for sugar, but in spring and early summer they are looking for protein as they build their nests.) 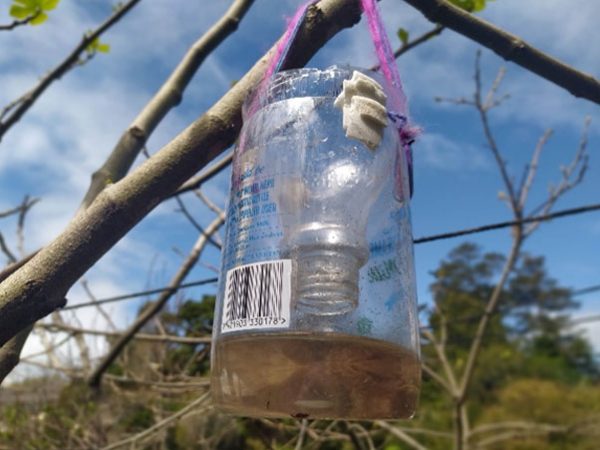 Step Three: Hang your trap from a tree or structure a good distance from the places you hang out with your family. Check your trap regularly to see if it is catching anything – it might be worth trying a few different locations if you don’t have any luck. Wasps tend to favour sunny places.

Send us a picture of your wasp trap!