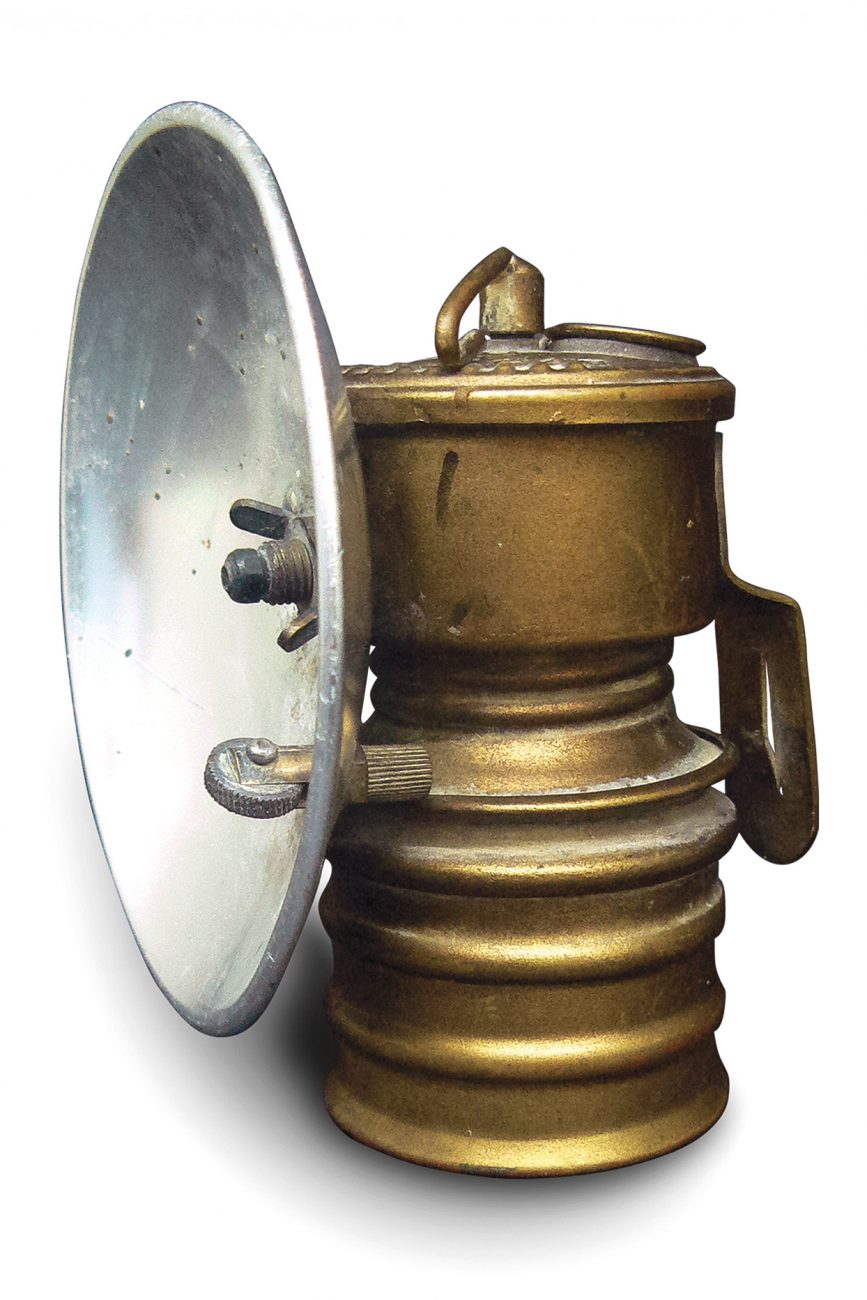 It was Martha Ash’s debut caving trip, and she had just reached the top of a waterfall in Gardner’s Gut at Waitomo when her light went out. She glanced across at her two companions, and the moon-shaped glow of their lights. But all of a sudden, their lamps extinguished in rapid succession, plunging the trio into darkness.

It was 1970, and Ash’s first experience with the vagaries of carbide lamps, the illumination of choice for bicycles, street lights and speleologists.

The mechanism is simple: water drips at a controlled rate from an upper chamber onto a lower reservoir of lumpy calcium carbide. The water reacts with the carbide, fizzing, to produce acetylene gas, which is flammable. The gas is directed to the reflector, where it ignites.

“We could not get our lights going,” says Ash. “There’s a little circular flint on the reflector and you cup your hand over it so that the gas builds up. Then you draw your hand really quickly across the flint and it forms a spark, which then lights it.”

In Ash’s case, a wet flint meant no ignition. The three cavers sat on a cramped, damp ledge in the pitch black and waited. Two more-experienced friends had split away to survey an unexplored offshoot, but would hopefully return with functioning lamps.

“It was hugely exciting,” says Ash. “It wasn’t scary, because we knew the others would be coming through.”

The flame of carbide lamps produced a hemisphere of “quite a warm light”, says Pete Chandler, long-time caver and guide, along with a “pungent” smell, which led to the nickname “stinkies”.

Eventually, the carbide is used up, leaving behind a caustic sludge that must be removed and replaced with fresh carbide. In the early days, this waste was dumped in caves, and grey splodges can still be seen in some passages, says Chandler. However, cavers eventually began to carry out their carbide waste, sometimes with unforeseen consequences.

“We talk about spent carbide, but it’s never really fully spent,” wrote Andrew Smith in the New Zealand Speleological Society Bulletin. “Spent carbide still produces small amounts of acetylene for many hours. This was the case when ‘Caver X’ peered into his pack—but the combination of the flame on X’s head and the pack now full of acetylene gas resulted in the demolition of the pack and the loss of eyebrows.”

The water reservoir also had to be topped up, meaning that when water was scarce, cavers were required to use their own saliva—or urine for a twice-as-fragrant ‘stinky’.

Luckily, Ash’s light-wielding friends rejoined the group before long, and together they returned to the surface. Ash says the carbide lamps she used continued to have unpredictable tendencies.

“Occasionally, you’d hear this ‘whuuuup’ and there’d be fire coming out,” she says.

While the lamps are now relegated to the past, they still spark fond memories for a generation of cavers.

“Pretty much all the exploration caving in the Waitomo area was done with carbide lights,” says Chandler.

Ash agrees: “There’s a certain quality of nostalgia about them.”