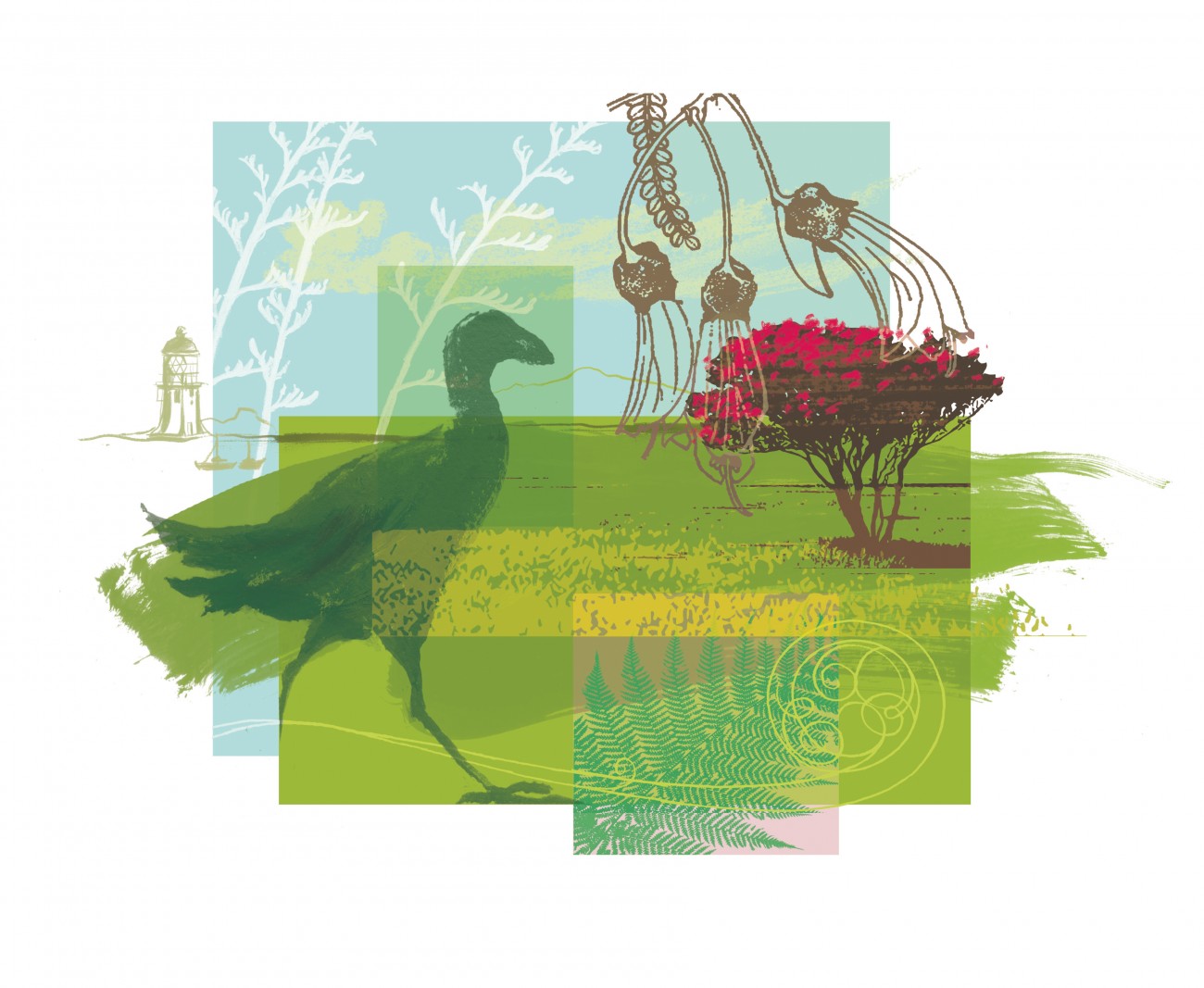 We went to Kurdistan, northern Iraq, in a fit of philanthropy, lured by an online advert seeking people “to come and help rebuild a wartorn nation”. Twelve months later, we came home from those dusty mountains because a piece of land had turned into a fishing line, reeling us home.

Although I’d never lived on the slice of isolated Northland forest my partner James had purchased nearly a decade ago, during our time away our minds had turned to it with increasing frequency, finding solace from our arid surroundings in visions of dripping ferns, clean sweet air and absolute freedom—no restrictions on women, no barbed wire, no machinegun-armed soldiers, no threats of landmines keeping us on trodden paths.

Lying in our Kurdish apartment at night, ignoring the clunk of the air-con unit and the mysterious sewage odours seeping in, we would mentally launch ourselves into The Great Land Adventure, as we called it, plotting and scheming the details of a future lifestyle that would be a long way off the grid.

What we both wanted was wilderness.

I longed for the breathing green of forests and the sort of night-time darkness that makes starlight pulse. We took trips across Kurdistan’s mountains, driving on pot-holed roads through deep gorges up to the Iranian border, passing nomad camps and exploring tiny villages tucked into hillsides, but we always had to return to our concrete compound where nature had been neutered.

Surrounded by fences, patrolled by armed guards and flooded each night with ugly orange sodium lamps, our sterile, white-tiled apartment was never our home. Instead, the definition of home, normally reserved to a street address, had broadened. Home had become surf pounding in on an empty beach, verdant nikau palms beneath a clean blue sky, the earthy smell of an ale-brown river sliding past mossy rocks, and a bellbird’s call echoing across bays cupped between green-fingered land.

I thirsted for New Zealand’s untamed landscapes as if in a personal drought.

We arrived home by degrees. Touching down at Wellington Airport in a southerly storm, we reacquainted ourselves with not just family and friends during our drive up the North Island but with geography, with fast-changing weather, with smells, sounds and flavours as well. We both marvelled at the crystalline, unfiltered light that enabled us to see for kilometres in every direction. There was a crisp definition to shapes, a clarity to colours, a freshness to food. Sometimes we broke into spontaneous laughter at the luminosity of green paddocks.

In Northland, we left the tarmac behind, following a pretty stream past farmland before veering off to climb into bush-covered hills. Descending through native forest, we forded two creeks before the dense canopy opened and we emerged into a sun-filled valley ringed by a native reserve and criss-crossed by streams.

Gesturing at an amphitheatre of forest punctuated by giant kauri, James ran his finger along invisible boundaries as he showed me our 30 acres. “This is it.”

The end of the road marked the end of our journey home.

There is nothing sterile about our new world. Nature here throbs and crawls. I had forgotten the clacking summer roar of cicadas and the haunting first notes of tui at dawn. Pukeko scream, rosellas screech, cheeping fantails and robins follow us through the bush, moreporks call through the twilight and at midnight, the harsh cries of female kiwis echo around the valley as they respond to their whistling mates.

Yet despite the birds, the song of the wind and the sometimes deafening sheet rain, it is also a place of silence—a deep rich silence that is easy to climb inside. Since we shifted out here, it has become part of our conversations, a contented stillness into which we settle, side by side.

Stripped of television, the internet, hot running water and washing machines, our lives have become more elemental. Sometimes it is very evident that we’re just another species of animal, focused on procuring shelter, food, drinking water and warmth. As we tune in to rhythms and seasons, the weather matters more than it ever has. Too much rain and we’re trapped in our valley, too little and our newly planted fruit trees curl up their leaves.

The nature that surrounds us isn’t what we’d imagined during long Kurdish nights. It is more. Wild, untamable, sometimes shockingly brutal and utterly impersonal, neither kind nor malicious, it just is.

People say home is where the heart is. For us it’s turned out that the call of the wild and the call of home are the same. –Polly Greeks