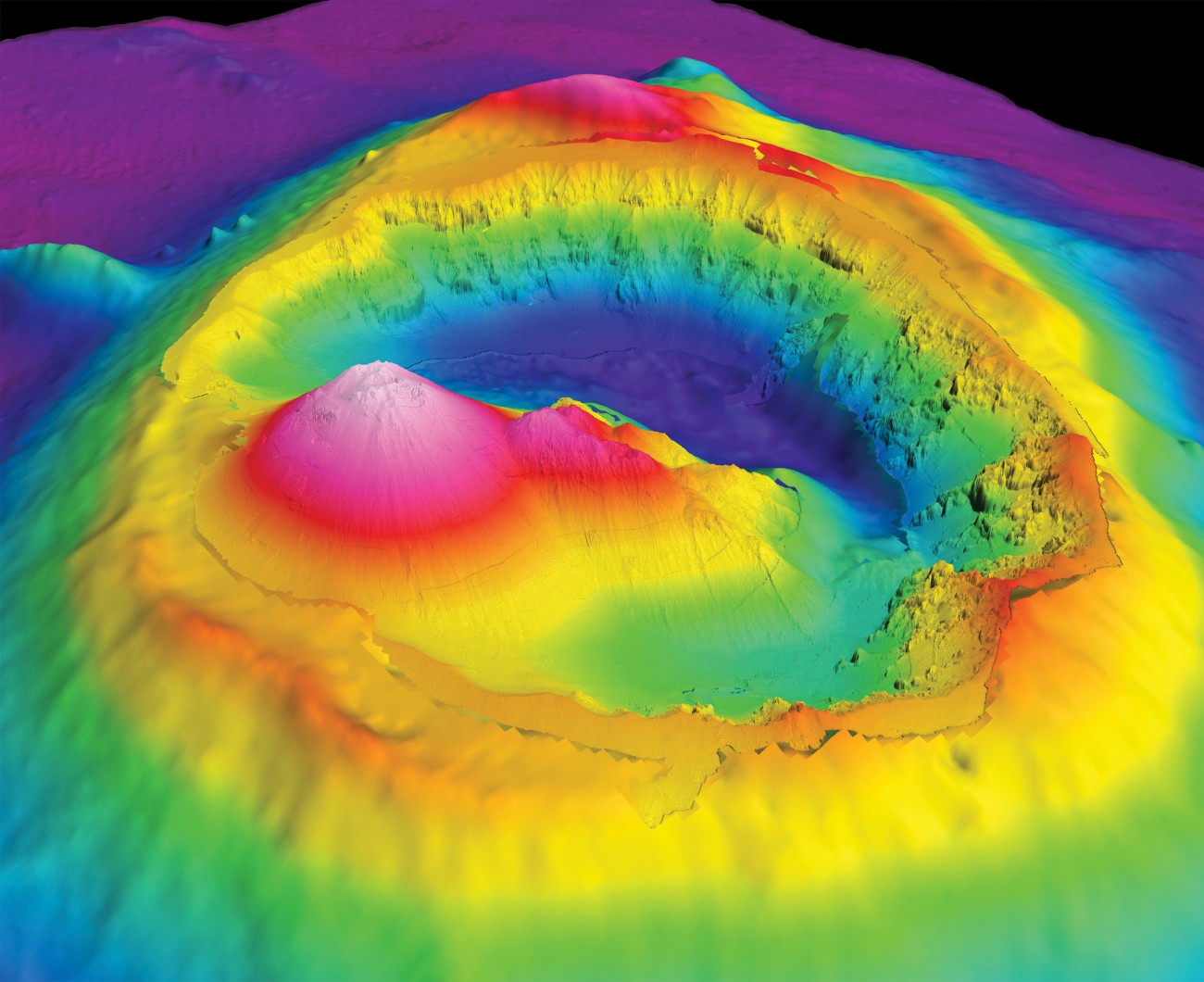 There is gold buried in our ocean beds, deposited by submarine volcanos. “The grade of the gold is spectacular,” says Cornel de Ronde, the Institute of Geological and Nu­clear Science (GNS) principal scientist who leads the Offshore Minerals part of the Eco­nomic Growth for New Zealand through Mineral Wealth programme. “But the ton­nage has yet to be determined.”

The Kermadec arc is a line of volcanoes stretching 2,500 km from White Island towards Western Samoa, some of which emerge out of the sea as volcanic islands, such as the main island of Raoul, while others are com­pletely submerged under a thousand metres of water, such as Brothers volcano.

Although scientists at GNS and NIWA fin­ished mapping the arc in 2004, they are now getting a more comprehensive and detailed picture of things, particularly of Brothers, one of most hydrothermically active volca­noes of those known along the arc.

With the help of an Autonomous Benthic Explorer (ABE), an unmanned torpedo-like instrument, GNS scientists have been able to produce an extremely high resolution map of the volcano. They have also been able to collect data on the chemical com­position of the surrounding seawater, the magnetic properties of the lavas that form the sea floor, and changes in the turbidity of the seawater.

Scientists will be now be able to over­lay this data on the bathymetric map, and identify the precise location of hundreds of hydrothermal vents, or chimneys, scattered within the volcano’s caldera. These chim­neys, commonly known as ‘black smokers’ are formed when the super hot (300ºC) and highly acidic hydrothermal fluid mixes with the cold water of the ocean as it exits the chimneys, leaching minerals as it goes. Among them are valuable metals, including copper, lead, zinc, gold and silver.

Mining companies are interested in com­mercially exploiting the deposits. (Nautilus Minerals, for instance, has plans for sub-sea mining off the coast of Papua New Guinea beginning next year.) Unsurprisingly, talk of mining the ocean floor has also aroused the concern of conservationists.

“And I’m a conservationist at heart,” says de Ronde. “But unlike the vast majority of people who object to mining the seafloor, I’ve been down there and looked out of submersibles and I’ve seen the black smok­ers and seen the mineral deposits. And while I think some of them should be pre­served as conservation assets, some could be exploited – acquiring knowledge will let us make informed decisions on what is the best course to take, for our nation and for our planet.”