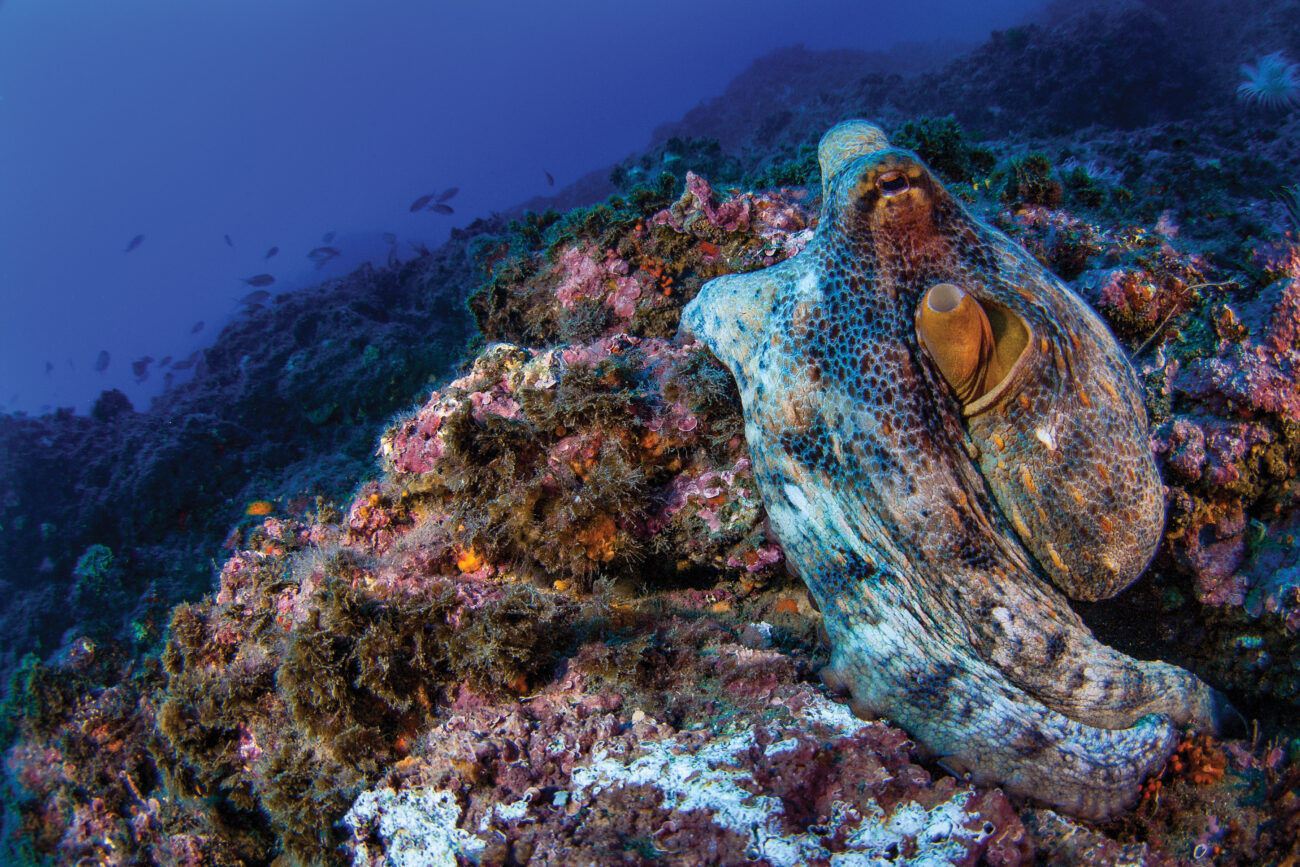 An octopus may join forces with several species of fish to increase its chances of nabbing a meal. Groupers patrol the water column, using gestures to signal where prey is hiding. Octopuses can reach into tight cracks with their tentacles. Other species, like goatfishes, may scour the seafloor and join in a pursuit.

For example, if a fish partner failed to pull its weight or took more than its fair share, they might receive a jab. A sneaky parasitic fish might be shooed away with a tentacle. Sometimes, the octopus punched fish out of the way in order to take the prey for itself.