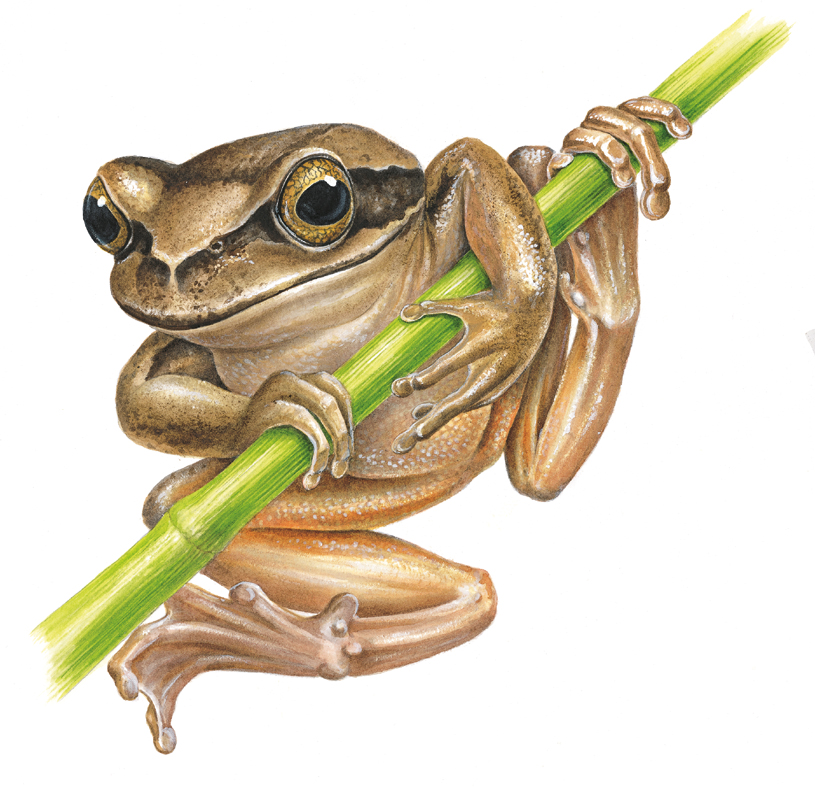 Frog populations throughout the world are continuing to decline, despite the best efforts by scientists in more than 30 countries to arrest the trend. New Zealand’s native frogs are no exception. Two of our four native species have recently been assigned the highest level of protection, as “nationally critical” (the same status as the kakapo), and one is “nationally endangered.” Some herpetologists believe that infection by a chytrid fungus may be the common link in amphibian decline (see New Zealand Geographic, Issue 54). However, whether or not this is a novel pathogen, causing a lethal epidemic in frog populations around the globe, or simply the last straw in a long line of insults that frogs have been sub­jected to in recent years (loss of habitat, acid rain and other forms of pollution, climatic and atmospheric changes) is still being debated.

Chytrid fungi are unusual in that they have motile zoospores (almost like miniature tadpoles) that require the presence of water to move from host to host. They infect the skin of adult amphibians, causing chytridiomycosis, a fatal disease first found in New Zealand in 1999. It is unclear whether the fungi secrete a lethal toxin or affect the functioning of a frog’s skin.

As chytrid fungi are probably recent arrivals in New Zealand, steps can still be taken to prevent their spread. Phil Bishop, an Otago frog specialist, says the public can help contain the pathogens by not releasing tadpoles or frogs into ponds other than those from which they were initially collected.

“If people move from one frog habitat to another, or visit any offshore islands, they should ensure that they thoroughly sterilise any equipment that may contain potentially contaminated mud, such as boots, camping gear and tripod feet,” Bishop says.

Frogs infected with the fungus may appear lethargic, fail to right themselves quickly and show unusual amounts of skin sloughing. Tadpoles may have difficulty swimming, show signs of internal bleeding or have swollen abdomens.

To promote public awareness of the plight of frogs, herpetologists have declared October 5 to be International Amphibian Day. Auckland Zoo is planning a day-long event for the occasion, consisting of displays, workshops, live frog exhibits and talks by experts in frog biology.

Similar frog displays will be mounted at other centres around the country during the week leading up to October 5.

And don’t forget to eat semolina for dessert that day!