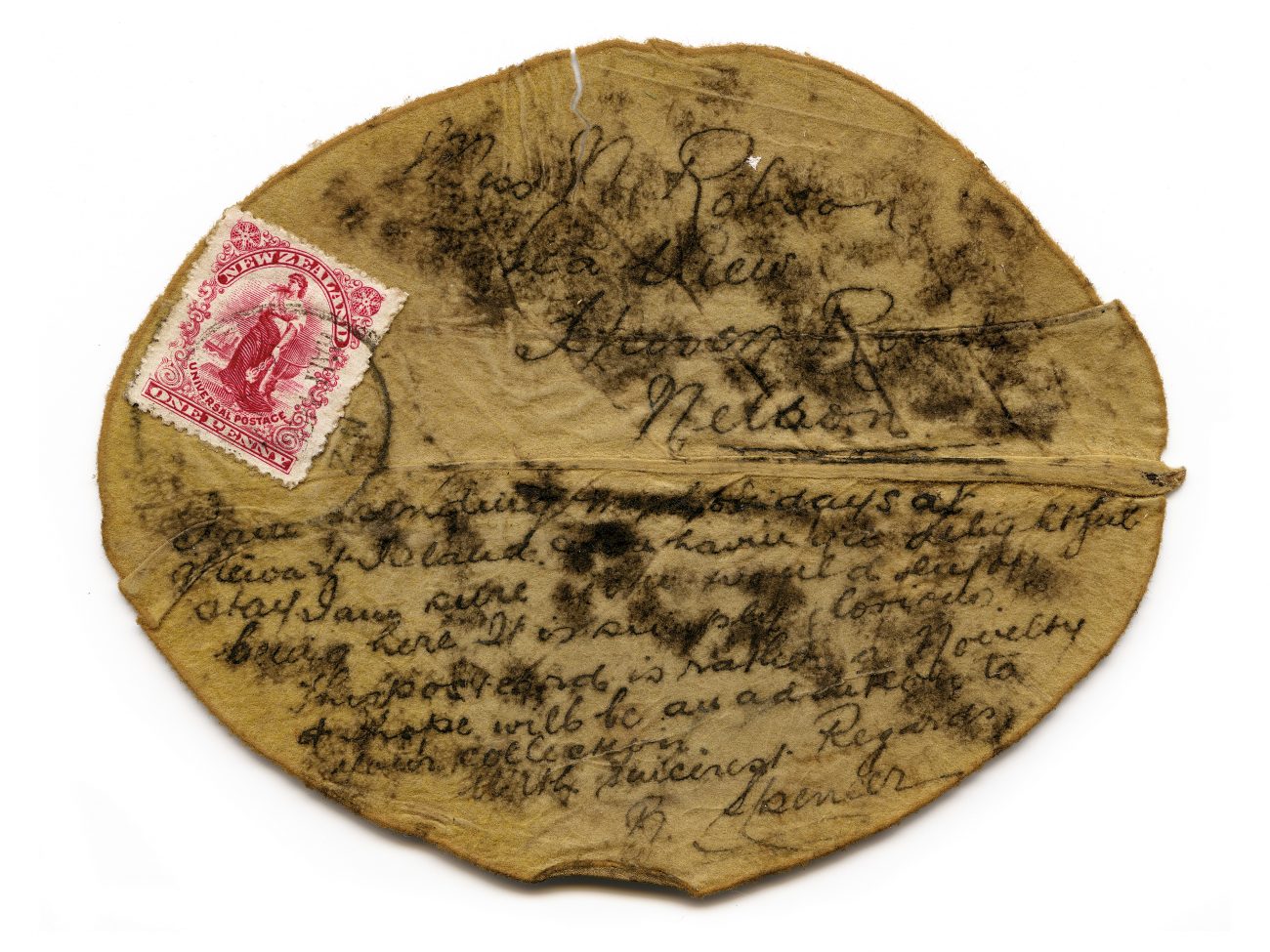 Maori used the rangiora shrub (Brachyglottis repanda) for wrapping food and swaddling babies, as a poultice for wounds, and chewed its resin as a breath-freshener (even though it was poisonous if swallowed). Later, European settlers used it as note paper and toilet paper—earning it the moniker “Bushman’s friend”. However it was its cousin Brachyglottis rotundifolia (muttonbird scrub) that rose to international prominence.

Only found in coastal areas in the lower South Island and Stewart Island, the thick leaves of B. rotundifolia made it ideal for postcards—a craze which gripped Victorian society at the turn of the 20th century. Though smaller than rangiora, the leathery leaves of the southern species didn’t curl up, become brittle or turn black with rot when posted.

As a result, tourists sent leaves (with stamps affixed) from Paterson Inlet Post Office on Stewart Island to addresses on the mainland and abroad. However, the New Zealand Post Office didn’t share public enthusiasm for the souvenir. A 1906 circular advised that “the transmission of tree-leaves posted loose and bearing written communications to the United Kingdom or to countries in transit through the United Kingdom is forbidden”. In 1912, the ban was upgraded to include “any address”, then finally in 1915: “Loose tree-leaves are prohibited, and if posted, are to be sent to the Dead Letter Office for disposal.”