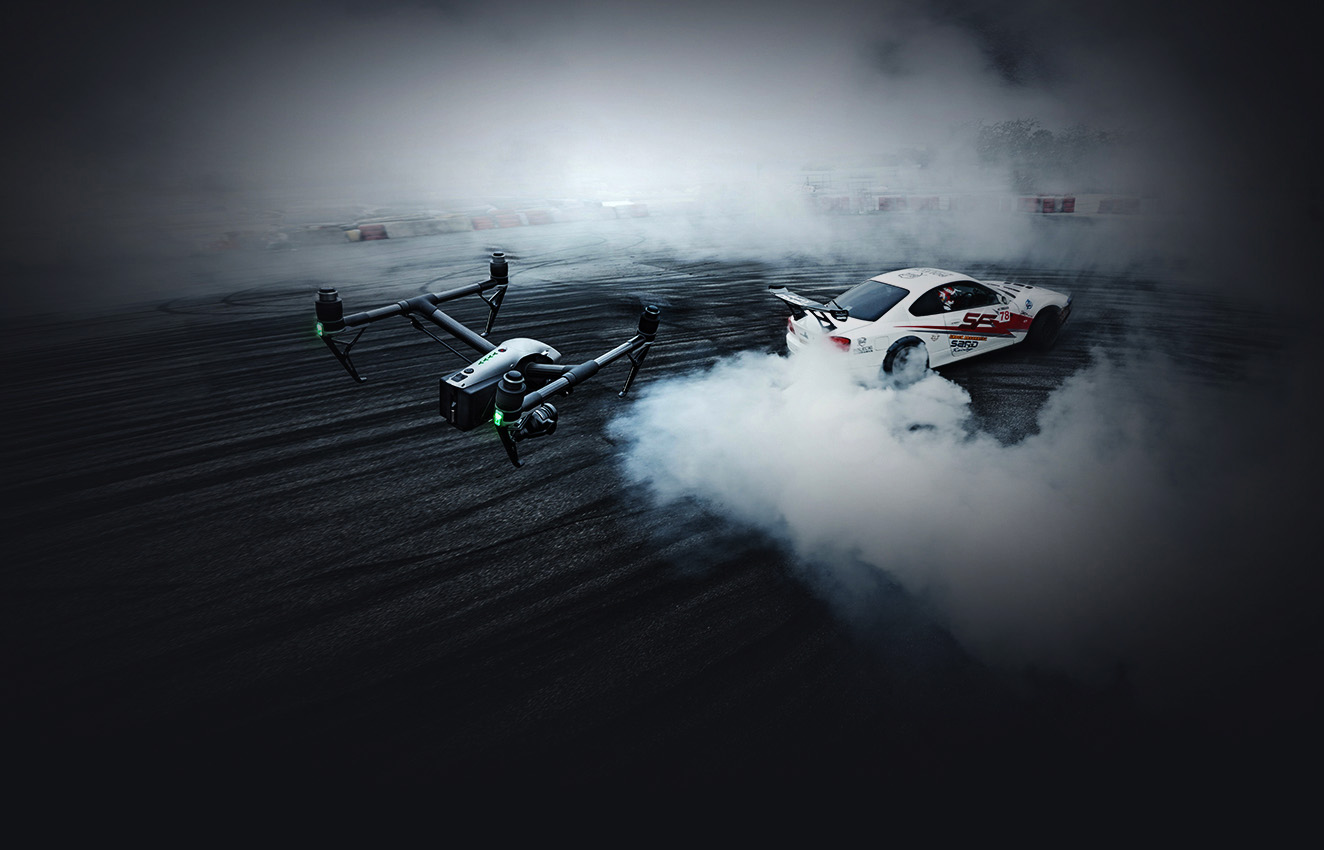 Great photographs all share one virtue—an original perspective. For a species too heavy to fly, our view of the world is typically limited to roughly 1.8 metres from ground level. Photographers wanting to trick it up duck low to adjust their framing, climb on the roof of a vehicle, or climb a lamppost.

For years, finding a higher perspective than allowed by an extension ladder has been the realm of professionals only, and aerial photography was usually only made possible under a sweet commercial commission with a matching expense budget. Occasionally New Zealand Geographic sprung for a chopper to get a really compelling image, but at anywhere between $400 and $2500 per hour it needed to be an epic location, or a close location.

Drones have changed the game. They have democratised the aerial photography space and dramatically reduced the cost of acquisition. The magazine pioneered the publication of drone photography some years ago and many of our photographers now pack a drone just as they pack a tripod. Sensing the technology arriving in the consumer space, we introduced the Aerial category to our Photographer of the Year awards last year, and were inundated with high quality entries.

Despite the laundry-list of features now shipping with even basic drones, there are some very hard limits to performance that separate entry-level aircraft from the ones that can really blow your fringe back.

We are seeing new photographers entering the drone photography space, and those with more experience moving up to larger aircraft capable of carrying higher quality cameras with heavier glassware. This is because drone technology is still largely defined by payload and flight duration. Contributing to both of those limits are batteries.

But there are plenty of options. Though there are now a number of high quality drone manufacturers, it’s hard to go past the reliability, technology and market dominance of DJI—from the lithe little Spark to the muscular Matrice. But choose wisely… pair your camera to your craft and find the right gimbal, because a little more breeze than expected, or a little colder ambient temperature, and the loftiest ideals can end in a premature landing. 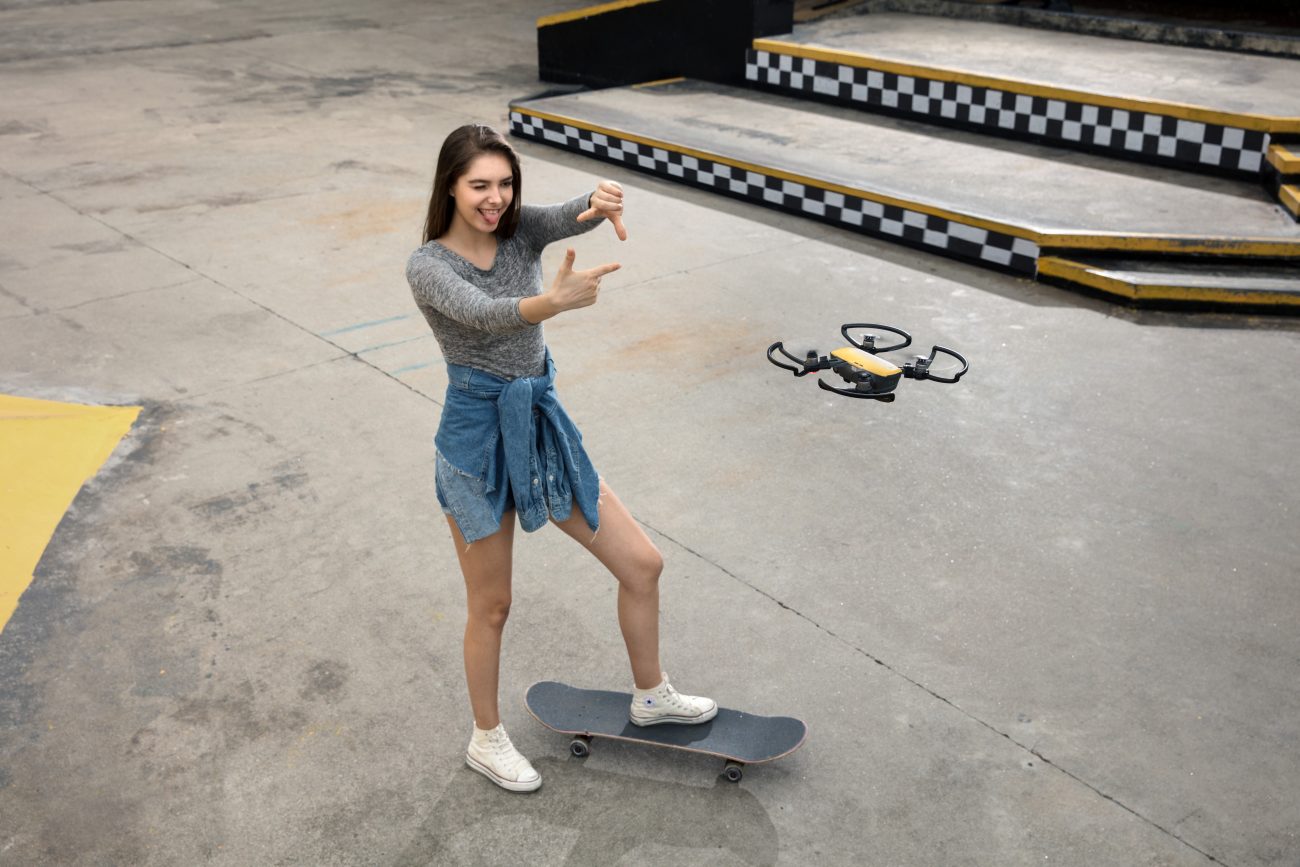 We’ve put some context around the manufacturer’s marketing hyperbole in the options below, but if you want some advice, or get stuck on any of this, there’s this guy you should call—Nick Gee. Give him a bell on 04 385-1542 or email nick@photowarehouse.co.nz; he’ll hook you up with the best advice available.

The tiddler in the pond, the tricked-up Spark nonetheless shoots full HD video and 12-megapixel stills. It’s also got some terrific party tricks—you can control it with hand gestures rather than a remote, it recognises its master’s face and can follow you like an obedient dog. It can fly autonomously, return to home, and respond to a playbook of cinematic-like shots with a click. It makes drone-flying a doddle and will get some cracking images at the same time. You’ll love this little nipper, though if you’re a real photographer it will be like mountain biking with training wheels, and you’ll be wanting more from Santa next Christmas. Check it out 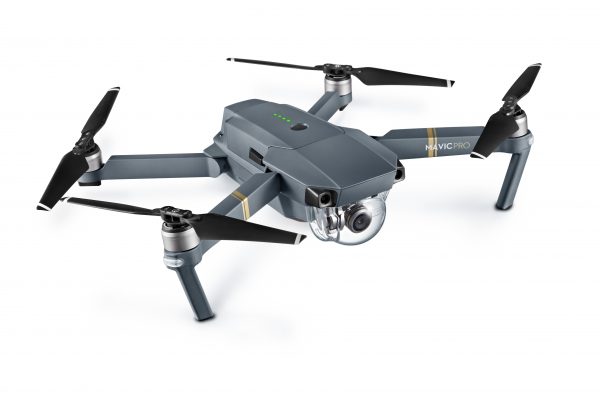 If you want to shoot 4k video, you can get there in the compact Mavic. It’s no toy—it will happily shuttle off seven kilometres away (generally you lose site of a craft this size at about one kilometre), do your bidding and return with the pictures. Importantly, it almost doubles the fly-time of the Spark, giving the photographer 27 minutes in the air to do their business. It looks pretty rad, packs pretty small and has really decent image quality. It’s a great start for the flying photographer. Check it out 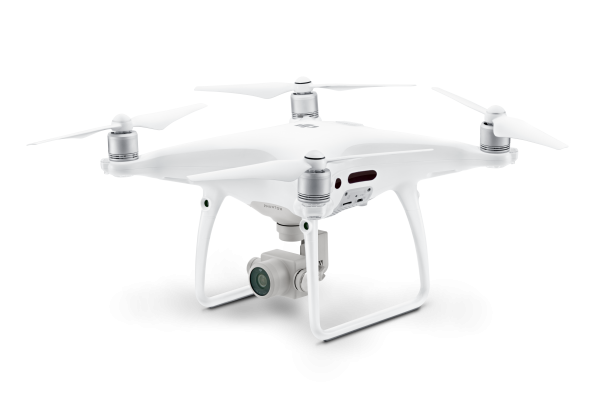 Now you’re playing with the big boys. The Phantom is the first pick of real photographers wanting to enter this air space. You can totally start here—it’s not too big, it can chuck a camera that can shoot 20MP stills and 4k/60fps video, and you’ll learn to fly it in minutes. You’ll be learning to fly a real drone—no dinky gestures or save-my ass autopilot—and it can shred the smaller drones with a top speed of 72 km/h. Check it out 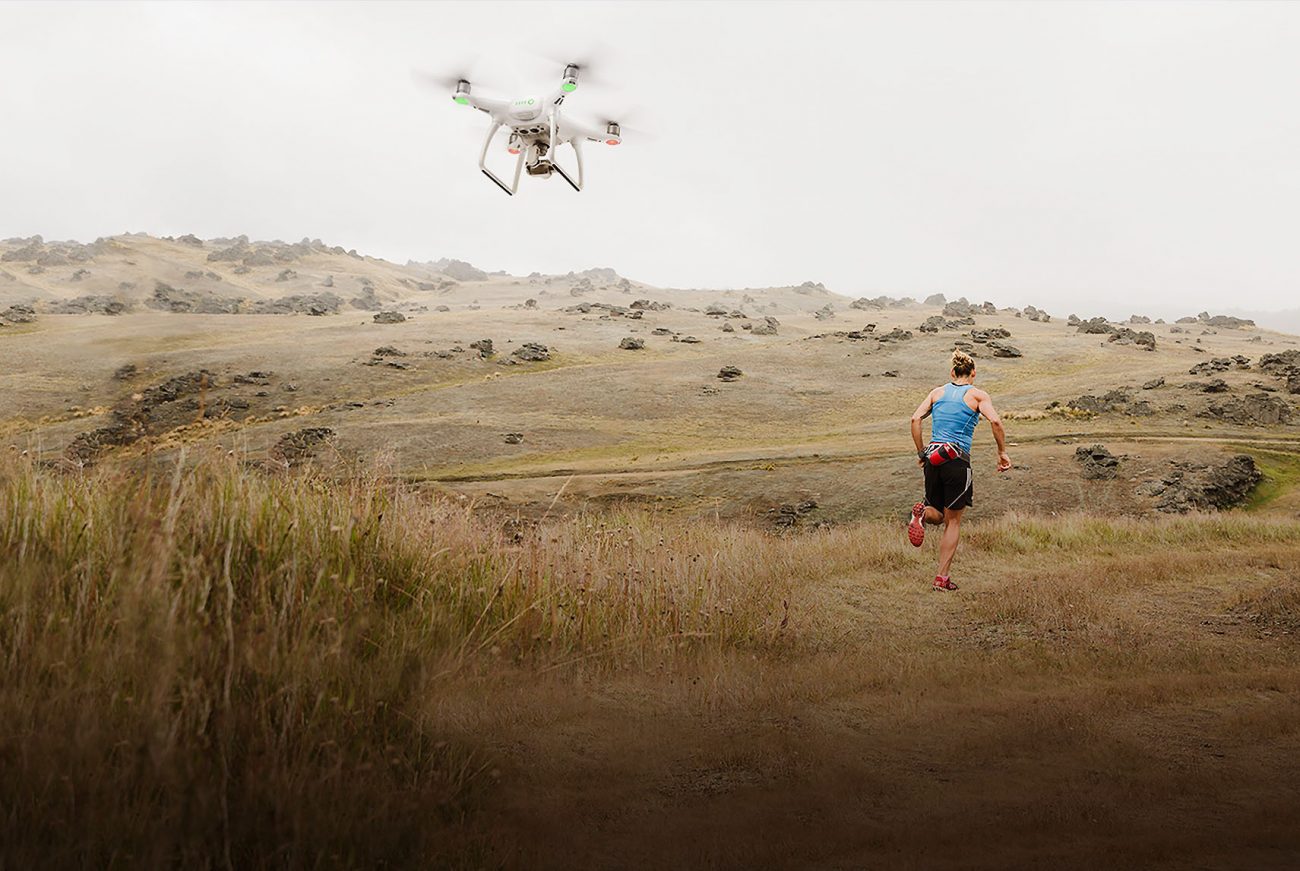 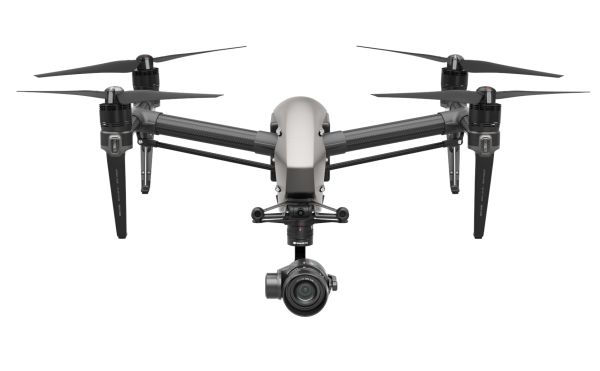 Let’s kick it up a notch. If you want your aerial photography to be more than an ancillary deliverable for an assignment, you will need an aircraft capable of carrying a decent gimbal and a quality camera, such as DJI’s own X5. NZGeo has published plenty of pictures from the X5, right up to double-page-spread… so it does the job at a professional level, but can also fold up and fit into a carry-on Pelican case for air travel—an important metric for the pro. But like the Inspire you can gesture all you like at this bad boy and it won’t be looking—no consumer-grade wingdings here… it has return-to-home functionality, but most of the time you’ll be required to actually fly it. We’ve used it to carry a 360 camera on a gimbal two kilometres away over the end of remote oceanic reef in New Caledonia in 18 knots of wind. It got the shot, came home, and landed in the hands of catcher on the rolling deck of boat—what more could you want. Check it out 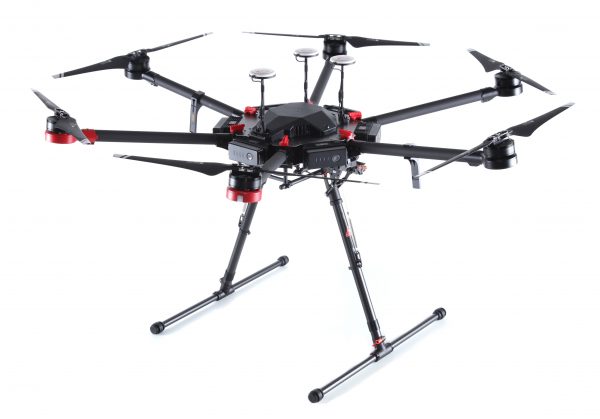 Hello Hollywood. You’ve been delivering decent drone pictures for some time, but now grown tired of the relentless compromises over payload. You want to go big, you want to connect any damn camera you like, from a peppy GH5 to a frick’n Red Epic—the Matrice can haul it. This is the Sherpa of the drone world, a heavy-lifting, whirling ball of blades and brains that can schlep the biggest rigs to anywhere, get the job done and bring them home. This is not a drone for the first-time pilot. This is not for photographing birthday parties or sunsets. This is an industrial get-shit-done drone that needs an experienced operator.

Check out some options 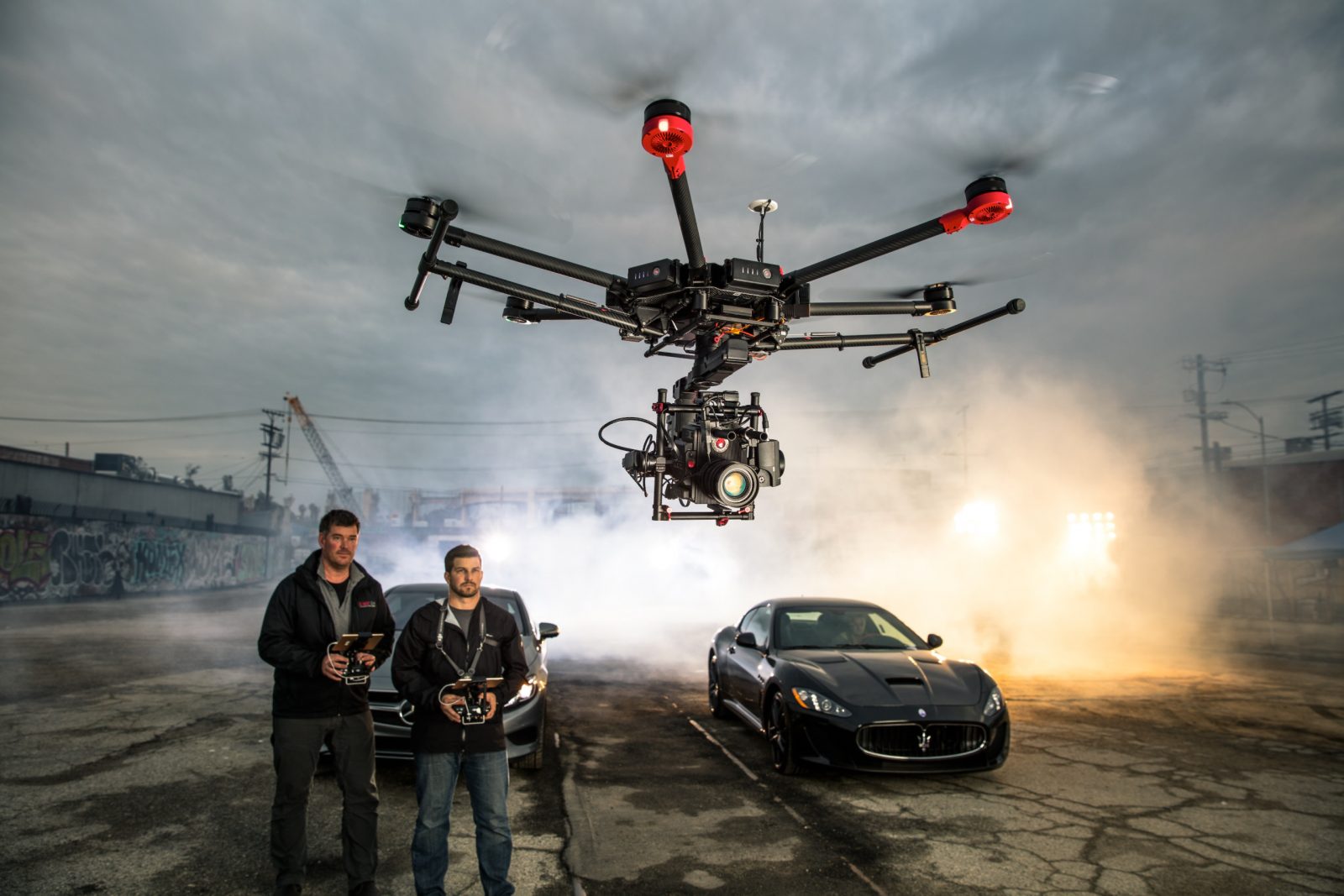