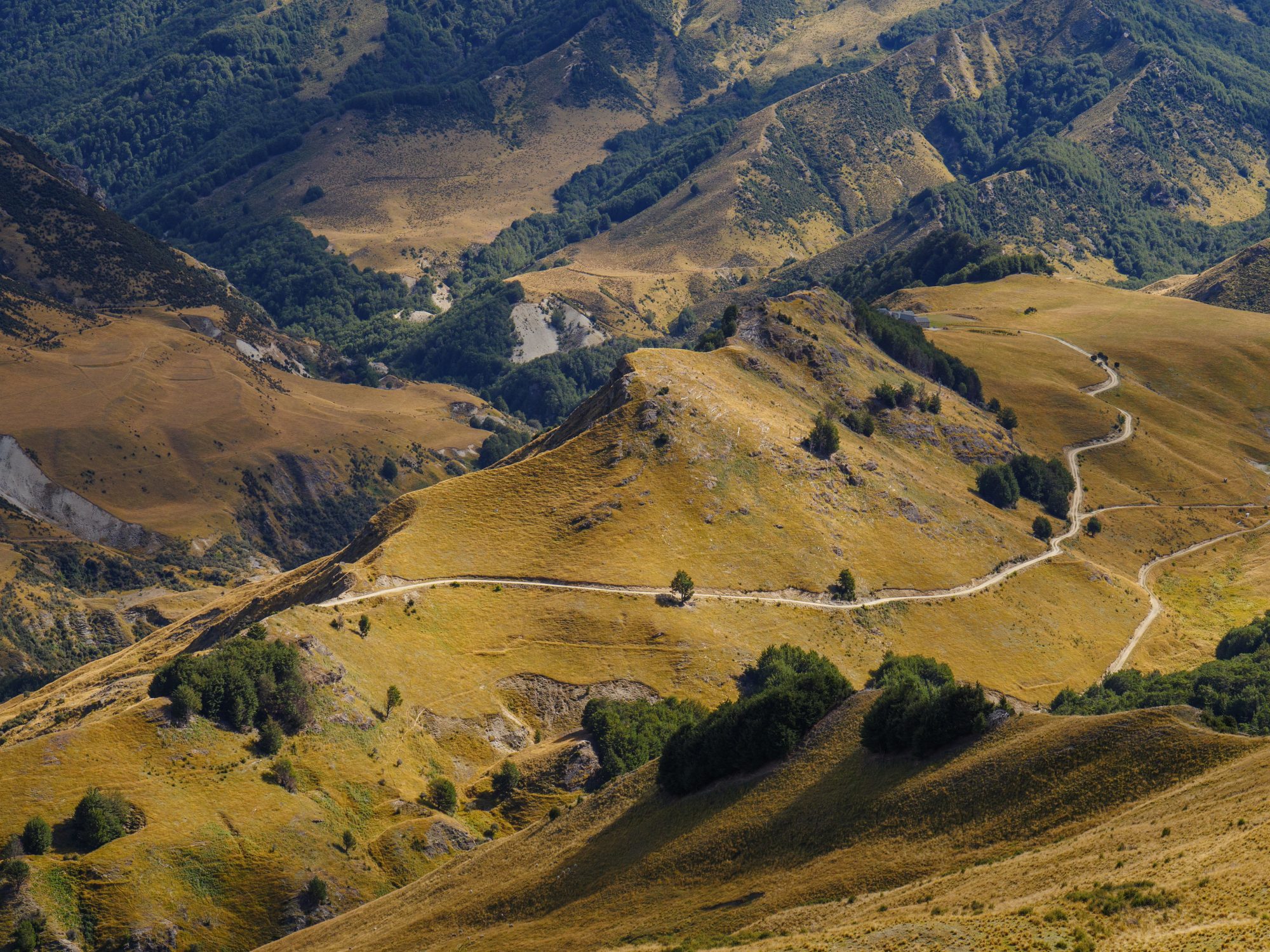 Last week, 60 cinematographers, photographers, filmmakers and bloggers from all over the Asia-Pacific region flew to Queenstown to put the Lumix GH5 through its paces. I went along to find out what they thought.

The trip was a succession of nightmare scenarios—situations where it’s tough to get a sharp picture or stable footage. There was a jetboat up the Kawarau River that heaved and bucked as everybody within aimed cameras off the side. After dark, acrobats spun blazing umbrellas of flame in front of a paparazzi-like wall of cameras. Trick riders at the local jump park twisted their bikes mid-air, then helicopters, trembling in a blustery gale off the tops, deposited us high above a sheer-sided canyon, in the glare of the mid-afternoon sun. 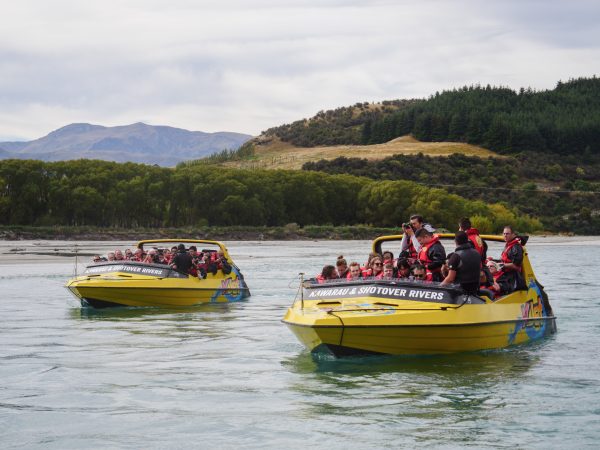 Between hair-raising activities, I compared videos with camera reviewer Richard Wong. We’d both been shooting off the side of the jetboat, but in our footage, the shoreline glides by as though we had our cameras on a dolly.

That night, Panasonic imaging director Yosuke Yamane bragged about the camera’s double-whammy image stablisation: lens stabilisers and in-body stabilisers work together. He was justifiably proud of it. I learned later that Team New Zealand uses the GH5 for video analysis, and the camera’s predecessor, the GH4, hadn’t been up to the task.

“With the GH4 they had to do post-stabilisation,” explains Andrew Reid, who manages Lumix products in New Zealand. “But they managed to get the footage they need with the GH5.

“The GH5 is the perfect combination of customer requests,” adds Reid. “The heart of the camera is brand new both in the way it sees and the way it thinks.” 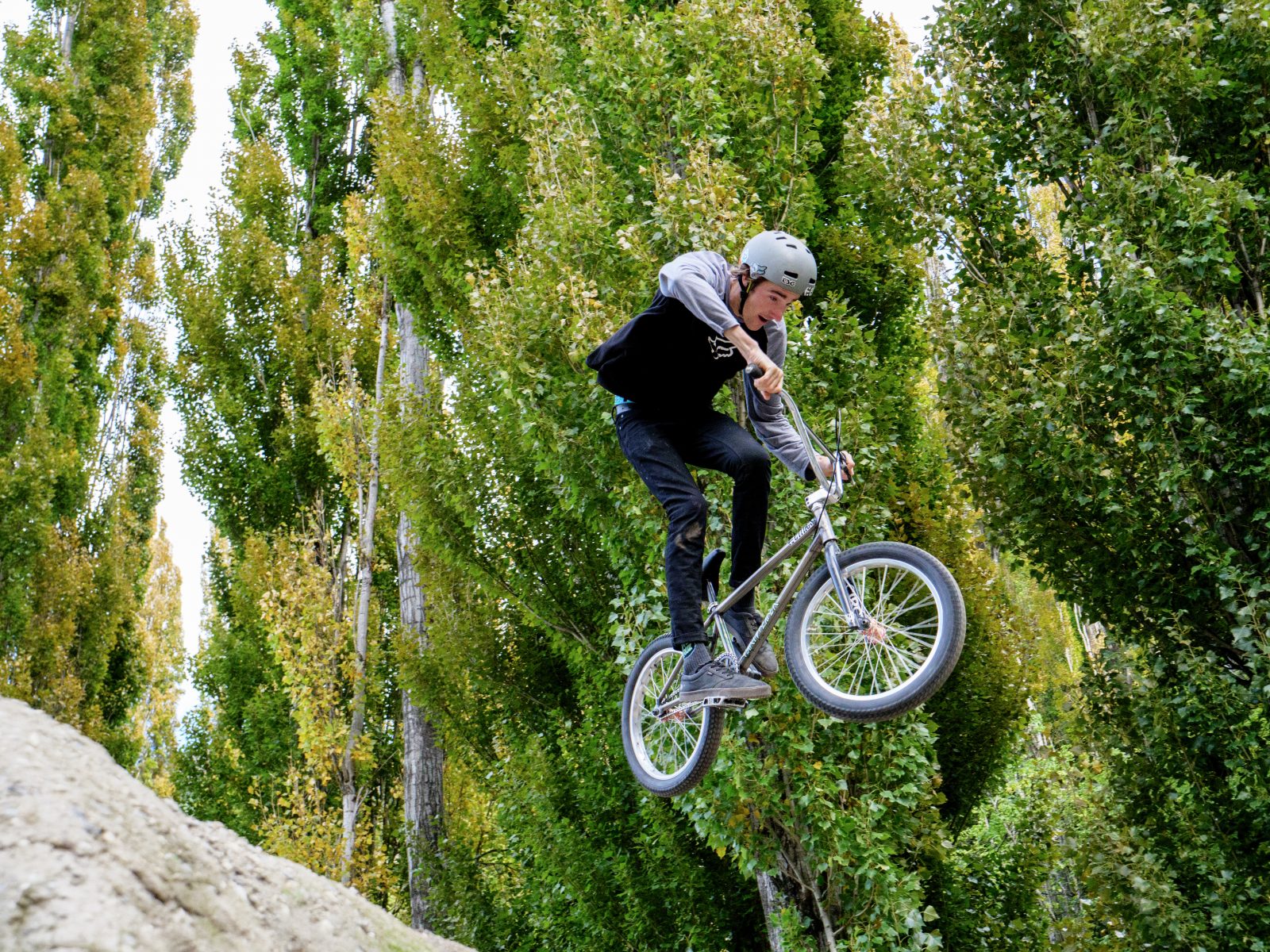 In Arrowtown, I got chatting to Lee Kin Mun, a blogger from Singapore with a streak of purple in his hair. He’s been running his site, Mr Brown, since 1997, earning himself the moniker of Singapore’s ‘Blogfather’. He primarily makes silly videos, he says, run-and-gun style, just him and a cameraman—mostly comedy, but he’s picking up travel work now, too. “I run a very small company, it’s just two guys, it’s lean and mean,” he says. “The GH5 allows two guys to do that.”

The GH5 comes in at a third of the weight of a Canon 5D Mark III, he says. “My cameraman was like, ‘I’m not carrying the 5D anymore, let’s put it in a drawer’.”

Mun says he’s impressed by the image quality of the GH5—a significant step up from the GH4, and good enough for stills: “20 is a nice megapixel number,” he laughs.

He’s been carrying two different cameras for video and photography, but now that the GH5’s image quality has improved: “I can just use the same camera.”

Queenstown-based drone operator Colin Aitchison is also tired of carrying two cameras and their associated paraphernalia. “On the octocopters I use the 5D for stills and the GH4 for video,” he says. “So you’ve got to carry two gimbals, two chargers, two batteries.” 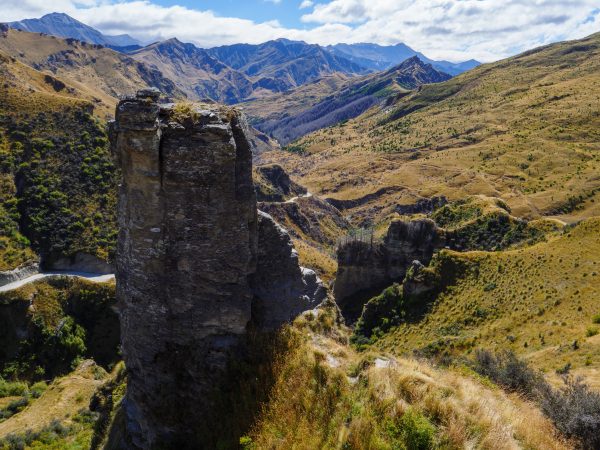 The next day, 60 people swarm across Sir Michael Hill’s golf course in little red golf carts, looking for the most evocative angles on its many sculptures: wire dragonflies, metal wolves, rusty stallions. Dave Katague is shooting video of the videographers. He’s had the most hands-on experience with the GH5, testing out a pre-production model while shooting a documentary in Laos.

For him, the most important aspect of the GH5 is its 4K recording. “The GH4 can only shoot 4K on 25 frames,” he says. “But I like using 60 frames per second because you can exaggerate emotion and stretch things out over time. Now I’m shooting more 4K because I can actually shoot 60 frames per second.”

Katague, who used to shoot weddings and now primarily makes videos about luxury hotels, reminisces about being forced to stop and change memory cards every 12 minutes. The GH5 can record video indefinitely—well, until the camera runs out of battery—by switching from the first memory card to the second, allowing Katague to swap out the first while the camera continues to record.

This feature took Panasonic’s engineers 18 months to develop, says Hiroaki Fushizuka, who leads product planning at Panasonic. It’s the feature he’s proudest off. His deputy, Masanori Kouyama, adds that the camera’s improved autofocus and image stabilisation are its most significant innovations, but he’s also excited about the extras they packed in for pros, like the waveform and vectorscope monitors, which display information about brightness and colour.

In fact, there are so many new features that the 60 camera reviewers spent most of their time deep in the camera’s menu system, figuring it out.

“I’m trying to make it muscle memory now but it’s going to take a while because there are so many more features,” says Katague. “Now, using the GH4, you’re like, ‘It’s so naked’.”