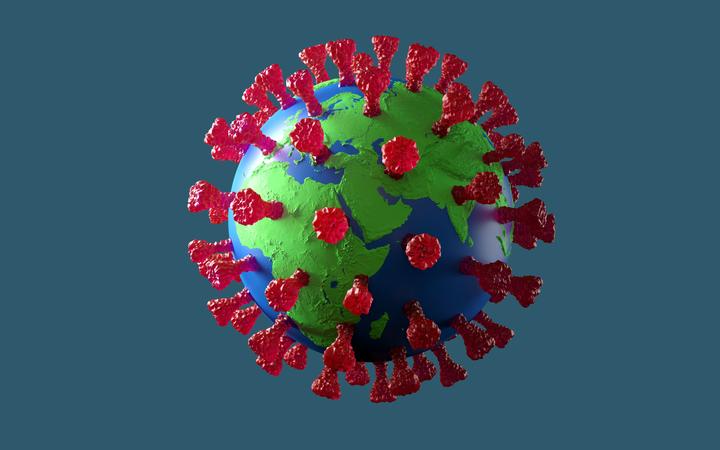 While restrictions are being imposed around the globe and the WHO is warning that the coronavirus is accelerating out of control, New Zealand is free of community transmission thanks to our ‘go hard and early’ approach. But in the long run, will New Zealand still have huge numbers of people getting sick? Is a vaccine our only hope? To help us answer those questions is returning guest Dr Gary McLean, who is a professor in molecular immunology at London Metropolitan University and a researcher with Imperial College.

Mutations of the Covid-19 coronavirus could allow it to spread more easily between people, but there is also some evidence one mutation has slightly reduced its force, a professor in molecular immunology says.

Dr Gary McLean – a professor in molecular immunology at London Metropolitan University and a researcher with Imperial College – said the general feeling is that the world is going to have to live with this coronavirus for a long time, although we will get better at dealing with it in terms of testing, tracing and hopefully a vaccine.

Covid-19 “is infiltrating or transmitting very very well”, but there is some evidence that the virus will reduce in force, he said.

“The evidence is starting to stack up that it might attenuate a little bit, it is accumulating mutations at a very slow rate, they’re quite subtle, but eventually those mutations will just temper its ability to infect people and cause such severe disease.

“There’s evidence those mutations could accumulate and weaken the virus, this is a random process, there’s a lot of other factors involved – all the lockdowns, all the ways people behave, that’s going to drive the virus to alter as well. We need to think about all the treatments, the pharmaceutical interventions, that’s going to have an effect on the virus as well, it’s going to adapt and try and change to those.”

He said lockdowns can cause the virus to mutate. When Covid-19 was first identified it was thought that one person who had the virus would infect three or four others, while other viruses have a much higher reproductive rate.

“Lockdown causes that reproductive rate to reduce, that affect also can cause the virus to change and those mutations can accumulate — and eventually there would be just the right kind of mutation that might give an advantage for transmission in a slightly different way and boost that reproductive rate.”

Dr McLean said the virus does not think and is not actively trying to infect more people.

“It’s randomly accumulating mutations and some of them will give it an advantage to move from person to person and human behaviour has an affect on that, so I think the two are interrelated. Sometimes these human interventions can actually completely wipe out a virus.

“But we’re seeing evidence that there’s one particular mutation in the spike, this D614G I think it’s called, that’s dominating now but that didn’t even exist in the early stages of the pandemic and there’s some evidence it might be facilitating easier transmission between people.”

Dr McLean said Covid-19 is a parasite which needs a host.

“It doesn’t want to kill the host, so it’s going to slowly adapt and we’re adapting to it, hopefully we’ll win that struggle.”