A fascinating look at the science and psychology behind the extreme adventure of diving.

Four of the world’s most adventurous divers push their sport to its limits in The Science of Diving. Three use cutting-edge technology to explore one of the world’s deepest diveable wrecks: their quest to go where no one has gone before. The other rejects scuba equipment to dive almost as deep on one breath: for her it is a journey within.

The Science of Diving features an expedition by three of the world’s most technically experienced divers to explore and film the wreck of RMS Niagara, a 525-foot (160-metre) luxury liner sunk by a German mine in 1940, which lies at 400 feet (122 metres) off the northern tip of New Zealand. These divers are South African Pete Mesley, Australian Dave Apperley and Welshman Tim Cashman.

Since a salvage operation for gold in 1941, the ‘Titanic of the Pacific’ has lain undisturbed. In 1999 Pete and Tim made diving history when they descended to the Niagara using portable breathing equipment. Since then they have dreamt of returning to film the wreck for the first time.

But at 400 feet (122 metres) the Niagara is near the limits of technical diving and the team will rely on a specialised set-up. To avoid the crippling affects of nitrogen narcosis, they will breathe a customised blend of helium, nitrogen and oxygen, known as tri-mix. And they will use re-breathers that re-cycle the gas, allowing far greater supply and time for each dive.

World champion freediver Tanya Streeter dives almost to the depth of the Niagara but has no need for re-breathers, mixed gas or even scuba: she will do it on one breath of air. Tanya plans to make a ‘no limits’ dive — the first time it has been attempted in cold New Zealand waters — on a weighted sled to a depth of 325 feet (100 metres). But she can only do this with the support of the Niagara team as her safety divers.

Dave and Pete begin by testing their equipment in a lake in the southern mountains of New Zealand. It’s winter and Lake Alta is frozen over. With water at 0 degrees Celsius (32 degrees Fahrenheit) and just one exit through the ice to the surface, it has the extremes they’re seeking to test their equipment.

When Tim arrives from Britain, the build up begins in earnest in the clear waters off the Poor Knights Islands, 15 miles (25km) off New Zealand’s northeastern coast. The practice dives are essential to ensure the equipment is functioning properly. Tanya too prepares for her dive and briefs the team on their roles.

Then it’s time to do it all for real. Tanya goes first. All goes to plan until her second dive at 276 feet (85 metres). After her descent she finds she can’t release the lift bag that will take her back to the top. She struggles with the mechanism then kicks to the surface, where she blacks out briefly. Her lungs have expanded too quickly, sucking all the oxygen from her blood. It’s her first experience of shallow water blackout and is a sharp reminder of her own vulnerability.

It’s the Niagara team’s turn next. They will be underwater for nearly five hours — four-and-a-half of which will be spent decompressing on the way back up. To ascend any faster would risk getting the bends, with its life-threatening consequences. But the 25 minutes inside the wreck makes the arduous ascent well worth it. And the divers return triumphant with their prized footage.

Time is running out and Tanya has just one opportunity to achieve her final dive, which she has set at 295 feet (90 metres). With the weather deteriorating, the dive is threatedned. But a brief calm allows her to proceed. In a sequence edited to the duration of her dive (one minute and 40 seconds), Tanya creates diving history as she sets a New Zealand freediving benchmark. 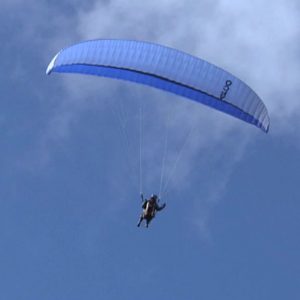 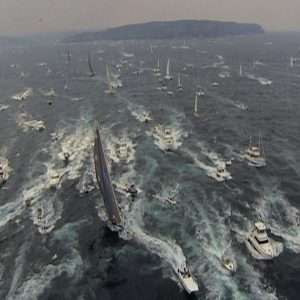 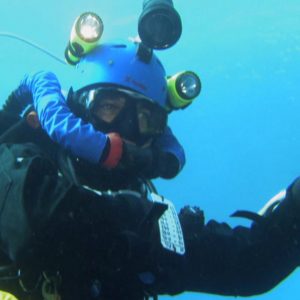