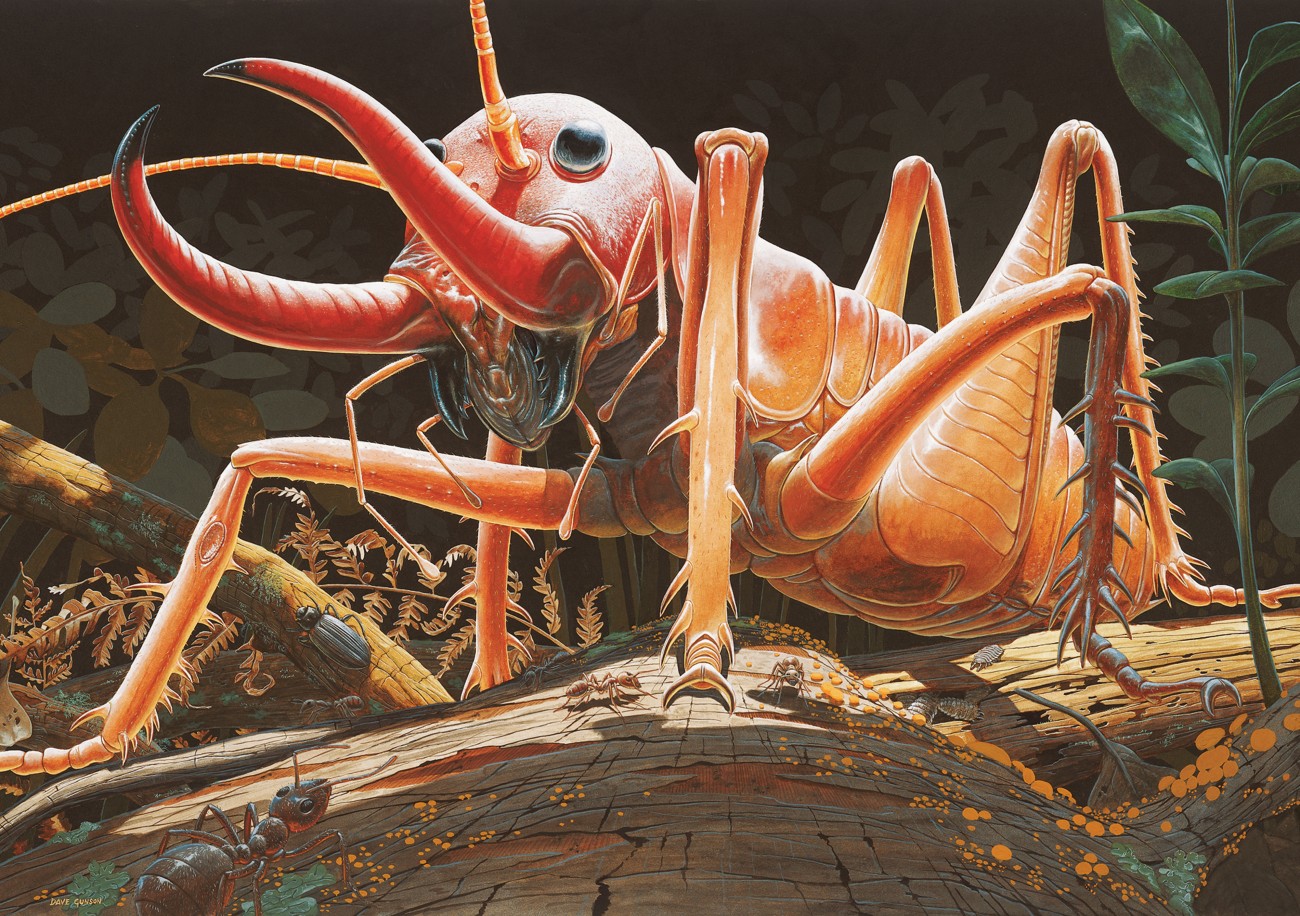 This species of Pterapotrechus, which hasn’t yet been formally described and named, is a blow-in from Australia. It was first discovered in a house in Puke­kohe, South Auckland, in 1990 and has since been sighted episodically. It’s also on the move, having established at Whangapoua on the Coromandel Peninsula, been captured in December last year in Albany, north of Auckland, and now sighted in Port Waikato.

But is it a weta, or a cricket? Both, actually. It belongs to the family Gryl­lacrididae, whose members are often called crickets. In Australia, which has about 125 species of the family, they are known as raspy crickets, wood crickets or leaf-rolling crickets. But until 1990, no Gryllacrididae were found here.

Those living or visiting the aforemen­tioned areas might like to know that they have been found in clothes left on the line overnight, under outdoor furniture and even in garden hoses. And they’re stroppy. Says Auckland Museum’s en­tomologist, John Early: “Go near it and it splays its wings, opens its jaws and displays the spines on its legs.” His own experience with the insect also indicates that its bite is quite powerful. “Although it didn’t draw blood.”