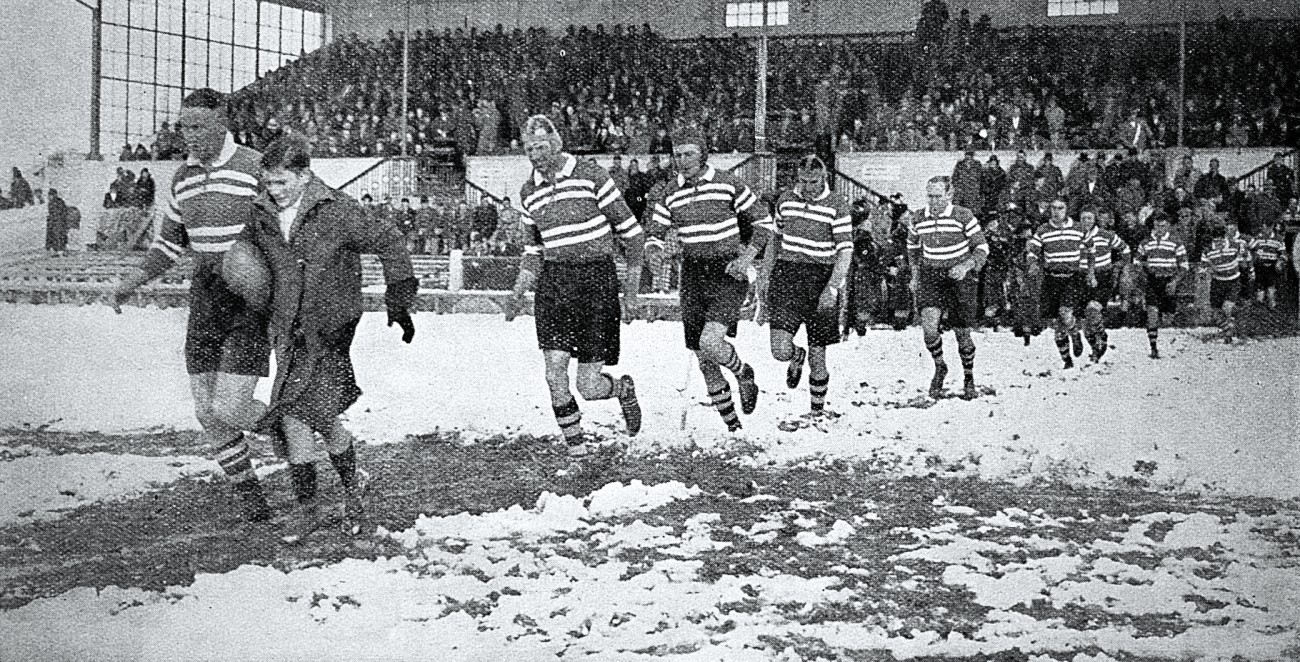 Heavy snowfalls at the beginning of winter promised better skifield conditions this year than skiers have enjoyed for a while, but falls are well short of those experienced during the winter of 1939, when snow fell the length and breadth of the country during frequent southerly outbreaks from June to August.

On July 31, 1939, the lighthouse keeper at Cape Maria van Diemen—in the “winterless” Far North—reported snow falling at the lighthouse. A few days earlier, it snowed in Dargaville and Ruapekapeka, and snow lasted on the hills behind Kaikohe for several hours. In Auckland, snow fell in many suburbs just before dawn on July 27, sticking to the clothes of milkmen and policemen. Five centimetres of snow lay on the summit of Mt Eden, while the Bombay Hills shone white for most of the morning. In the hills around Clevedon, just south of Auckland, snow lasted into the afternoon, and a newspaper photographer took pictures of snowball fights between people who had never seen snow before. One woman was observed walking about cradling a large chunk of snow and smiling at it as if in a trance.

In Gisborne, snow fell for nearly three hours, covering lawns and gardens. Snow fell to sea level at Castlepoint, too, and the road to Masterton was closed by drifts at Big Saddle on the Whakataki hill. Snow lay 15 cm deep in Masterton, where the town clock was stopped at 2.20 A.M. by the weight of snow on its hands.

In Blenheim, the snow was short-lived, falling just before midnight and melting with rain a few hours later. The children of the town were bitterly disappointed to hear on waking that there had been snow in the night but that it had disappeared before dawn.

Disappointment was avoided in Hastings, where a parent brought a trailer-load of snow from Havelock North and dumped it in the school playground so that the children could enjoy it.

Further south, the falls were heavier. Snow cut off Banks Peninsula from Christchurch for a time, and it lay 30 cm deep in Akaroa. Sixty men in a public works camp near Duvauchelle were without food for two days until a launch arrived with supplies. Stock sheltering in gullies were buried in snow drifts up to 10 m deep, and many perished. In some places, snow covered the tops of fences, and sheep and cattle roamed at will.

Although snow in Christchurch was only a few centimetres deep, a layer of frost on top caused numerous road accidents and disrupted the tram service.

In Dunedin, conditions were much worse. Here snow and thunderstorms began during the evening rush hour on Monday, July 24, and by morning snow lay 15 cm deep over the city. Only one bus made it out to the north over Mount Cargill, assisted by a gang of men with shovels. Electric trams did not commence running until the middle of the morning, and then only on certain lines on the flat. Buses made some progress over the snow, but cars needed chains, and visibility was hampered for many whose windscreen wipers had frozen to the wind­screens. Abandoned cars quickly resembled igloos.

The radio masts at Highcliffs, on Otago Peninsula, were struck by lightning, and the staff there were isolated without adequate supplies of food. A rescue mission was launched under the command of the director of 4YA, H. Ninnis, who had been with Shackleton in the Antarctic. He was accompanied by four members of the Otago Ski Club. To transport the supplies they borrowed one of Captain Scott’s sleds from the Otago Museum. When they reached the station, one of the men coming out to receive the supplies sank up to his neck in snow.

Supplies were also running short in many parts of town, as no fresh meat, vegetables, milk or coal was coming into the city. Nor were supplies able to be readily transported within the town. On Thursday, 10 men left Brighton for Green Island at 9.15 A.M. dragging a sled to fetch mail and supplies. They arrived just before midday, but did not complete the return journey until 3.30 P.M. The only fatality occurred on Thurs­day, when a man clearing snow from a skylight at Penrose’s premises in George Street fell 10 m to the floor.

Most businesses—apart from places selling gum­boots, galoshes, motorcar chains and photographic film—had three days of little or no trade.

However, the abundant snow provided a rare opportunity for people to enjoy winter sports. Snow­balling was rife, with battles between rival groups of businesses downtown. Any moving target was fair game, including cars and buses, some of which lost windows, and the police were obliged to intervene. Ambushes were common, at least while snow lasted on windowsills. Unsuspecting victims answered ringing doorbells only to have armfuls of snow thrust into their halls. Snowmen sprang up all over town, and one school even managed to stage a paper chase, using Condy’s crystals to stain the snow red to make a trail. Skiers had a grand time, and eagerly assisted in rescue missions, including one to a farmer whose barn had collapsed. All the cows were rescued, although some were injured.

Tobogganing was also popular, with strips of linoleum and tea-trays called into service. Speeds of up to 70 km/h were reported and there were inevitable accidents. One concussion victim had to be carried by stretcher-bearers over 200 m of soft snow to reach the ambulance.

Inland the snow was initially lighter, but in­creased on the Wednesday night. The train from Lumsden to Kingston was marooned at Eyre Creek when the engine charged into a drift and became stuck. Passengers and crew were forced to spend the night on the train, and had to raid the cargo for dinner.

Snow was not the only problem during the devastat­ing cold snap. Overnight frosts caused water pipes to burst in Palmerston North and Hastings, while at Paremata, just north of Wellington, eight ha of the harbour froze over, and seagulls were seen walking about on the ice. Tidal waters also froze at Opotiki, in the Bay of Plenty, where sheets of ice were left attached to wharf piles and grassy banks as the tide went out.

Flooding occurred in Southland as the thaw set in on Friday, but the situation was relieved by another cold blast with further snow. Invercargill received a heavier snowfall a week later, when the city was covered to a depth of 15 cm overnight from Friday to Saturday, August 12. A ski party set out for Oreti Beach to try out the snow-covered dunes.

The Ranfurly Shield game between Southland and Manawatu took place regardless, with only the lines cleared. Perhaps more used to the chilly conditions, Southland beat the North Islanders 17-3.

Up and down the country, it was regarded as the worst winter for snow in living memory, although one elderly Dunedin resident avowed that inland Otago had suffered worse in 1878, when drifts of 20 m had occurred.

Although the statistic has not been calculated, it was thought that this snow episode was of the order of a once-in-100-years event. Given the warming trend both in New Zealand and globally since 1939, how­ever, a winter this severe may have been a once-in­500-years event or rarer, and we may never see the like again. Then again, it did snow in the hill suburbs of Melbourne in the last week of May 2000!