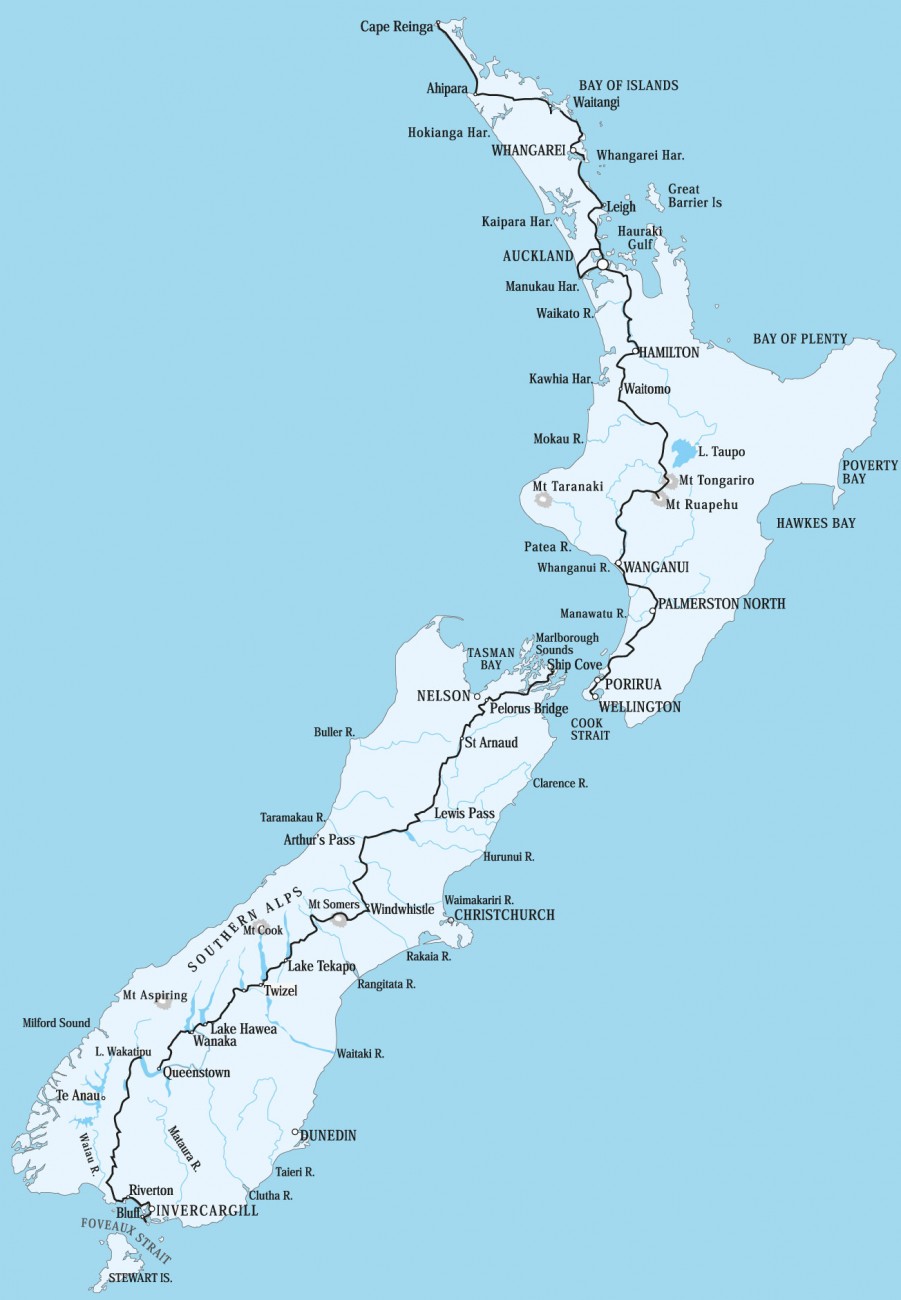 New Zealand Geographic readers may recall from 1999 and 2002 issues of this magazine, the walk stories from Te Araroa—The Long Path. A lone hiker—it happened to be me—just went out and did it, Cape Reinga to Bluff.

But the trail at that point, though designed to incorporate as many existing walking routes as possible, was still, as one journalist friend liked to point out, “notional.” That 2,920 km walk was the best of times, and occasionally the worst of times: darkness in trackless country, dense cloud on the tops, uncertainty at the fork in the path, ice and snow, fear of rivers, and once—reverting here to a Grimm brothers archetype—the eyes of a wild creature glinting out from a lonely hut.

The worst of times are, as every tramper knows, great fun really and in retrospect a doddle compared to the still more profound “fun” of the next stage—actually putting the trail in.

Te Araroa Trust always intended translating the notional trail into a real one. The result: long and sometimes painful negotiation with landowners, the continual scrabble for funding, but also steadily advanc­ing success.

It’s five years since we got our first big millennium grant, and began our first track construction in the Waikato. The progress over those years has always been steady. The Mayors’ Taskforce for Jobs gave us a lift in 2002 when it adopted the idea, the Department of Conserva­tion also when it signed a Memoran­dum of Understanding agreeing to assist the mutual goal as Te Araroa’s route crossed over DoC estate. And out of left field came the whisper from Maori in the north, passed on by Shane Jones after we put a 15 km trail across the Herekino Forest, that the old people had begun to talk of the trail as te ara tawhiti, te ara roa,te ara hou. The path of distance, the long path, the path of spiritual renewal.

We opened three new north-south trails in the years 2001–2003, aligned where possible to existing tracks, or to accessible coastline so as to advance a continuous route. Sir Edmund Hillary, a great sup­porter, was always there for the opening hoopla. Important too was council participation. One council, Whangarei District, adopted respon­sibility for the whole Te Araroa route through its territory. Other councils like Waikato District were writing it into their district plan, or, like Rod­ney and Wellington, setting money aside for development. Environment Waikato weighed in as a supporter, and the Maori Queen Dame Te Atairangikahu, lent her personal support for the Waikato river leg, now extending over 30 km and counting.

But it was in 2004 that the trail took its great leap forward. Last August, Canadian country-pop star Shania Twain and husband Robert ‘Mutt” Lange guaranteed Te Araroa access through their newly pur­chased domain between Wanaka and Queenstown. That concession—and a strip around Lake Wanaka’s shore­line obtained during Crown Tenure Review—made possible a 48 km route between Wanaka and Arrow-town, with the trail still to be unrolled there, but with most of the budget guaranteed by Shania and Mutt.

And let’s not forget the metropo­lis, for the trail differs from the tra­ditional New Zealand back-country tracks. It deliberately links settle­ments, towns and ten cities.

Through the efforts of Te Araroa worker Miriam Beatson and North Shore City, a 23 km urban trail was signed through the city. On No­vember 21 this year, Allison Roe, a former world record holder for the marathon, opened the track and led the first ceremonial walk. Auckland City had already agreed to piggyback Te Araroa on its Coast to Coast trail, and Manukau City has now written the route into its walkway plans.

In that same astonishing Novem­ber week the Christchurch company City Care put a 12-person gang to work under its operations manager and trail enthusiast Brian Keown. The team had three trucks, a hi-ab, and a digger, and in just five days added another 58 km to Te Araroa. This Tekapo to Twizel section is now open to both hikers and bikes. Meantime, Te Araroa construction manager Noel Sandford and a small gang have also been working at speed this year to complete link­ing trails through the countryside between Hamilton and the Pirongia summit, down from there through the countryside to Waitomo, and up the Mangaokewa River south-east of Te Kuiti. All of it adds up to 250 km of trail either built or corridor-secured along the proposed north-south route. The actual distance achieved is much greater. Since the new trails link to existing public ac­cess, we now figure we’ve achieved continuous walking routes for over half Te Araroa’s total—most of it off-road, and with the rider that most of that is not yet specifically signposted.

But ever onward: the Department of Conservation undertook its Recre­ation Opportunities Review this year, inviting submissions from the public, and it became apparent the depart­ment was giving the new trail serious support. The Red Hills hut north of St Arnaud had been trashed for years and was marked down for demoli­tion in the review. Following Te Araroa Trust submissions, it’ll be re­built on an alternative site, allowing a one-day walk down to St Arnaud. In the Canterbury Conservancy, the swing bridge across the Otehake River was scheduled for removal. The river is a major hazard after rain, and it’s on Te Araroa’s route. Follow­ing our submission, among others, the swing bridge will now stay. In the Waikato Conservancy, a new hut is under construction to serve both a loop track in the Hauhungaroa Range, and provide a stopover on the direct Te Araroa route.

There was uncanny serendipity too with land purchases in the South Island. Both the 4,000 ha of Pop­lars Station, bought last August by the Nature Heritage Fund for $1.89 million, then Birchwood Station on the upper Ahuriri Valley, had distinct conservation values. But both hap­pened also to be on Te Araroa’s proposed route east of the Alps.

The long path project also now has six regional trusts—Auckland, Waikato, Manawatu, Wellington, Canterbury and Otago, with South­land soon to sign up. The new trusts bring a power of skilled and largely volunteer effort to bear on scop­ing Te Araroa, knitting in the DoC conservancies, the regional, district and city councils, and where neces­sary, funding construction. They have access to a digital atlas refined by Te Araroa trustee Kim Ollivier so that land ownership and terrain can be traced at 1:5,000 detail. As Te Araroa Trust and its regional arms establish the route, that atlas will be opened to the public via Te Araroa’s website and the walking of New Zealand can begin. The finish date for the track is 2008. It’s an optimistic date, but if the unrolling continues at 2004’s rate it’ll be the year to celebrate a trail I predict will become world famous, and not just in New Zealand.