After the second earthquake, these suburbs were written off. Contractors began to demolish the houses, to fill in the swimming pools, to prise up the paved driveways. They went gently, these digger drivers, because often enough when they looked up, there were watching families out on the road, leaning together in grief.

The diggers left intact the shrubs that marked orthogonal property boundaries, and left the backyard trees—the suburban forest. They left, too, the silted roads, the culs-de-sac, the leaning streetlights and power poles. A vanished suburbia, imprinted on the land like an old circuit diagram, connections dulled, function unclear.

The Red Zone, the dead zone. The rolling 40-second Darfield Earthquake of 2010 and the jolting 10-second Christchurch Earthquake of 2011 had acted like giant pumps, disgorging grey silt all across this land.

The area extended hundreds of metres on either side of the Ōtākaro/Avon River as it wound through Christchurch to the coast. Whole suburbs where the land was still sinking, the water table now so high that ground water pooled, and stayed pooled. The swamp, reaching up.

The government agency in charge of it all was the Canterbury Earthquake Recovery Authority (CERA), tasked with demolitions, as well as planning and delivering high-profile anchor projects to restore Christchurch’s central business district. Out here in the east, though, CERA’s work stopped at the demolition phase. There was no plan.

In 2011, the government offered to buy 5500 Red Zone property titles, based on the 2007 rateable value of each house. Not great—a four-year loss of equity—but far better than any other offer on houses that had lost up to 90 per cent of their market value. The programme was voluntary, after all. You could stay, but you’d be staying within an abandoned community with degenerating services. It was Hobson’s choice.

Di Madgin’s house was Red Zoned. Before the quakes, she wrote the gardening column for the Christchurch Press—seasonal veggies, when and how to plant—but during the long months of the Red Zone diaspora, she turned the column over to people’s stories of loss. Their gardens, their trees. She’d cried watching the deconstruction of her Riverside house, but she never did abandon her garden, returning week upon week to keep its hedges trimmed, the flower beds weeded, the cherry tree shaped and pruned, until it became a recognised stop beside one of the river trails, maintained ongoing, with its own sign: “Bill and Di’s Garden of Peace”. A quarter-acre section rescued from the chaos.

With whatever regrets, the residents left. The Red Zone became an uncontrolled space—delinquent groups abroad at night with lighters, spray cans.

By day, tribes solidified. A few Stayers—those who simply wanted to keep thier homes—were dotted here and there, along with Quake Outcasts—those whose houses hadn’t been insured, and so didn’t qualify for the government’s initial buyout plan. One outcast, living alone in 45 hectares of cleared land in the Avonside river loop, left a note outside his house. Thieves will be shot—though with a touch of dry humour—possibly in the buttocks.

Then there were the Gardeners, people who had lived in the suburbs that had once fronted onto the river. The Gardeners opposed the Sprayers, the contractors sent in to control the pullulating vegetation. The Gardeners told them no, they would control the weeds, thanks, by hand, and also, it was good to have the understorey of the forest regenerating.

The foraging groups combed through the huge range of suburban fruit trees in the old suburb of Richmond—fruit, walnuts, olives. The Gardeners were squatters at first, but so benign and beneficial that Land Information New Zealand (LINZ) granted them a temporary lease.

Such community projects proliferated along the river, and into the “reaches” that hung off either side of it. There were track projects and forest restoration projects, as well as proposals for a dark sky precinct, an urban farm, a community of tiny houses—all of it sensible. Meanwhile, LINZ had years of work ahead extinguishing the property titles, easements, and road reserves and creating a dozen large precincts suitable for long-term lease. As each tranche was ready, it was sold back to Christchurch City Council for a token $1. 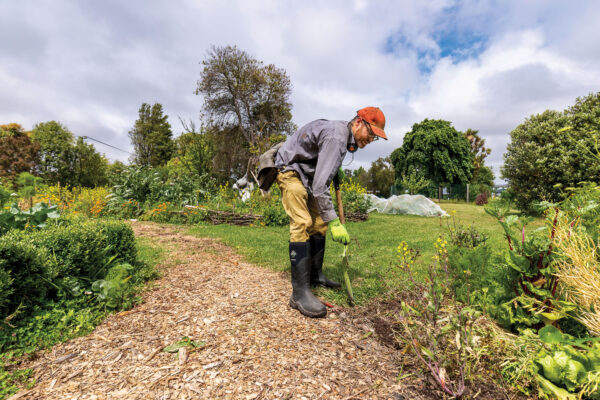 A Red Zoner emerged as a community leader: ex-punk Evan Smith took charge, and the Avon-Ōtākaro Network (AvON) became a voice for all the groups seeking to green the river corridor. Smith seemed to channel the rough, but decent, energy of nature itself. “I think it’s trying to transition into what it wants to be,” he said.

AvON demanded a plan. The future of the Red Zone was uncertain, and community initiatives were worried their work on the land would be wiped out by eventual development. In April 2016, Regeneration Christchurch, a new body with representatives from the government, Christchurch City, and Ngāi Tahu, was tasked with figuring out what to do with the Red Zone. 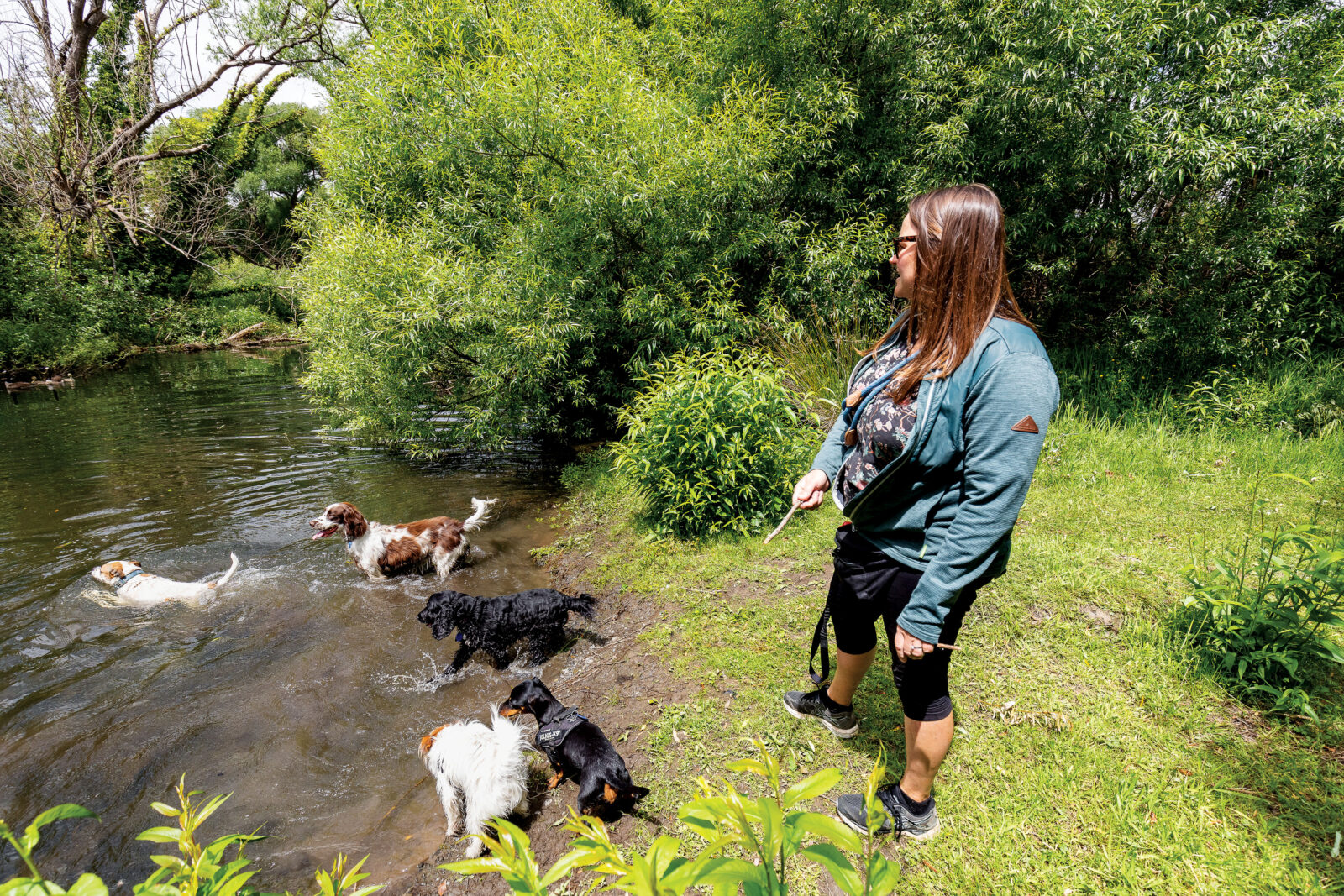 Three years later, it had a plan. It proposed an 11-kilometre City to Sea footpath and cycleway, and eight terraced river landings, allowing anyone canoeing down the river to stop en route to venture into bird-rich wetlands, ancestral mahinga kai sites, orchards and farms. But the plan also contained sombre costings on flood and stormwater control and pumping stations necessary to protect the 20,000 low-lying houses on the edge of the Red Zone. River stopbanks would need to be raised and set back—unglamorous and expensive work. The whole thing would cost the Christchurch City Council $800 million. The city had a park beyond compare, but in potential only.

The council had $40 million on hand—money it had allocated from the government’s final grant to the city of $300 million—plus the $400 million it had budgeted over 30 years for basic flood control and wetland restoration. In other words, it was hundreds of millions of dollars short.

In the meantime, other proposals are being made for use of the land—one by a former general manager of the Red Zone, Rob Kerr, that might bring hundreds of millions of dollars in private investment money into the area. Or tree planting that might access the government’s One Billion Trees fund. Or the plan by rowing interests to develop a flat-water sports course. Or tourism ventures such as the Eden Project, an offshoot of the English plant museum housed in geodesic domes in Cornwall. The Eden Project is sounding out possibilities for a place that could show, on a mighty scale, the links between humanity and the planet’s water.

And where better than the city that sits on aquifers so huge they’re sometimes called the South Island’s biggest lake? The soils in Christchurch’s east are so saturated that if you brought up a half-metre core sample, and broke open the metal casing of the drill, the soil would flow for 12 metres before stopping. And that was the trouble from the start: how to live with it. 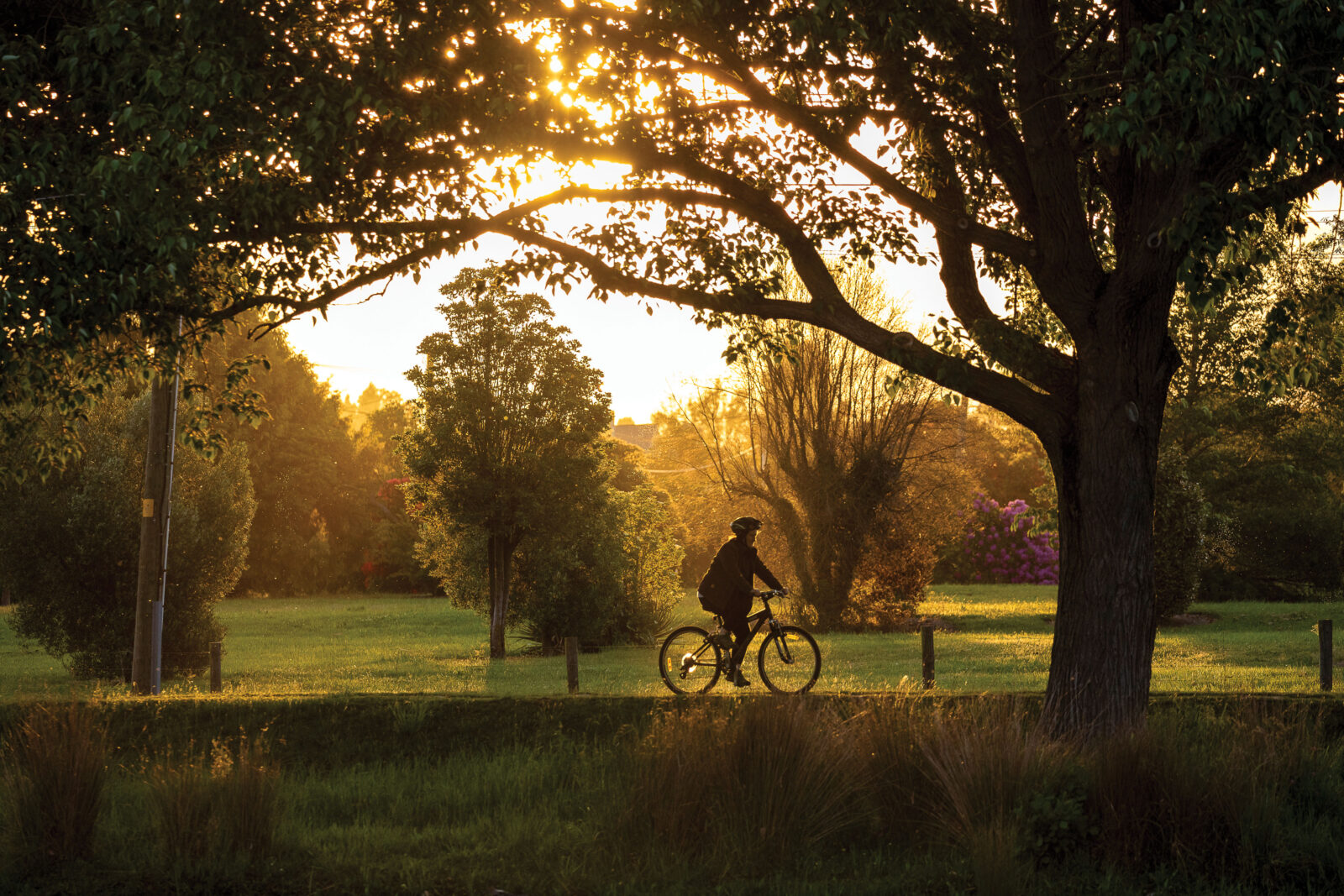