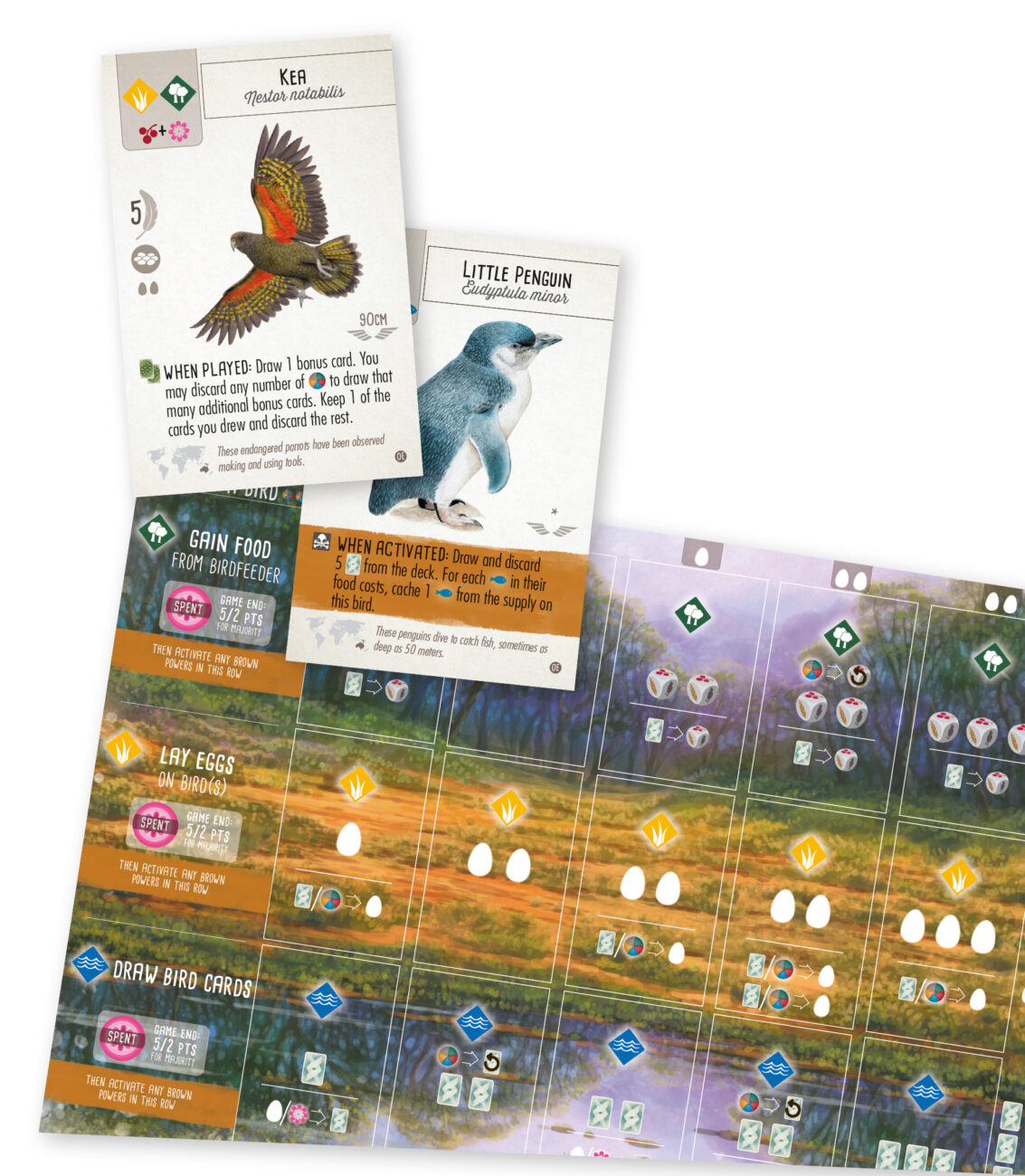 On the eve of the first COVID-19 lockdown, I started playing Wingspan with the members of my bubble. The other board game I’d bought for Christmas, Pandemic, was losing its appeal. Wingspan, however, was perfect.

The aim is to attract a diversity of bird species to your nature reserve and obtain the most points by winning different challenges. It’s complex and strategic enough to be incredibly absorbing, and with hundreds of cards it’s different every time you play. Though competitive, it’s hard to be mean to other players, so there were no game-induced grudges carried over into our socially restricted daily life.

Our family have never been all that committed to board games, but we have played Wingspan dozens of times, sometimes with neighbours and friends guest-starring. (I’m locked in a battle for ascendancy with my brother-in-law.) The original game features North American birds that I was mostly unfamiliar with—though I’m now tempted to go birdwatching on the Continent one day. Wingspan has reportedly been a gateway drug to twitching for many.

American game designer Elizabeth Hargrave told me she was sick of playing board games about castles and trains, “things I don’t find inherently interesting”, so she made a game about something she did care about. Wingspan has since won numerous awards, and in October, the publisher released an Oceania expansion pack, featuring additional birds from New Zealand, Australia and the Pacific. The expansion pack introduces some more elements to the already intricate gameplay—the original game requires several plays to get the hang of it, so you’d want to start with the basic version.

I was excited to play with birds I see every day, or which are entwined with treasured memories—like the time I saw a white-bellied sea eagle swoop a fish from the sea on the New South Wales coast, or my recent encounter with a convalescing kākāpō at Auckland Zoo.

The kiwi is in the new deck, as well as the kākāpō, kea, kererū and korimako. It also features many birds that have self-introduced from Australia more recently, such as the black swan, silvereye and spoonbill.

Each bird card has unique powers that are activated at various points in the game, and in some cases, Hargrave has aligned those powers with the bird’s biology. The cards featuring the tūī, and that other great mimic, the superb lyrebird, allow a player to copy a power from another player. The Australian ibis, true to its reputation as the “bin chicken”, allows a player to rifle through the discard pile for an extra card. In researching birds for the game, says Hargrave, she discovered that pūkeko sometimes share nests and raise their chicks communally—“so I had them lay an egg on an adjacent bird card”.

Another of the game’s pleasures is membership of the Wingspan Facebook group, one of the nicest places on the internet, where people patiently explain the rules, crow about their high scores, geek out on taxonomy, and share real-life bird videos and bird history (that’s how I learned about Australia’s Great Emu War of 1932). People also create their own spinoffs—a Wingspan-themed birthday cake, or an app that plays each bird’s call when held over the card. “Wingspan is transcendent, more than any other board game,” explained one member, Jacob Bruner. “It spills out from the table and into our lives.”