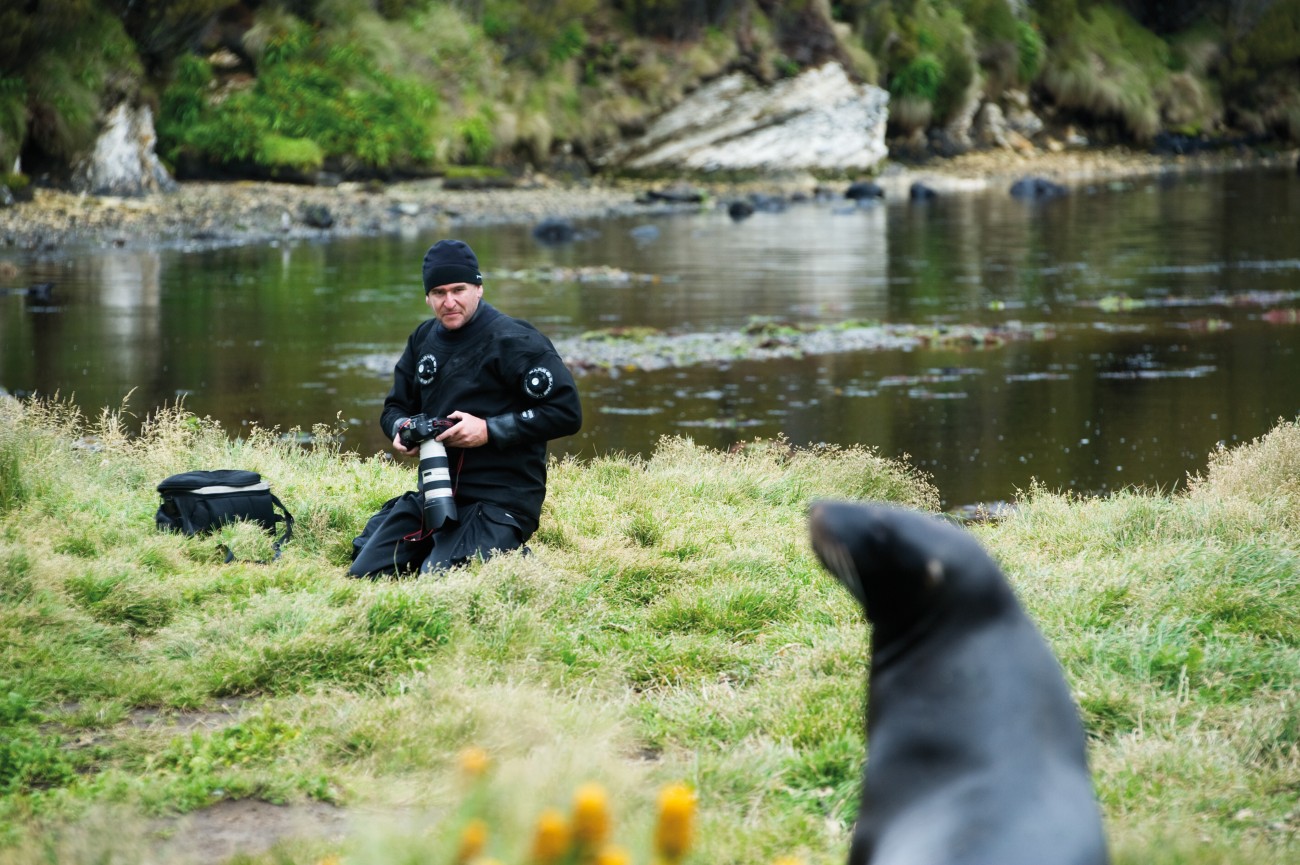 When his grandfather, Richard Marshall—a photographer, fly fisherman and aquarium fanatic—emigrated from England, it was New Zealand’s marine life that enchanted him the most. He was chief photographer for the Napier Daily Telegraph, and in his spare time would photograph the underwater world of Pania Reef in Hawke Bay. For Marshall, underwater photography was an extension of his job on land; to tell stories with pictures and to record the world around him.

Robinson grew up playing with his grandfather’s cameras, and while studying for a Bachelor of Science his long-time friend Sam Trubridge asked him to help with a photography assignment. Robinson deftly demonstrated the correct use of a camera, and Trubridge suggested, “You should be a photographer.”

“I just thought I had always been one,” says Robinson.

But Trubridge had planted a thought Robinson couldn’t shake. He dropped out of his science course the same year, and enrolled in photography instead. During his studies he would return to Napier regularly to use his grandfather’s darkroom and pick his brain. He was soon developing his own E6 transparencies and printing in colour. A year later he went to work at the Napier Daily Telegraph, which became Hawke’s Bay Today and finally to the New Zealand Herald in 2000 where he is now a staff photographer.

“I fell in love with press photography because it opened the door into people’s lives and their stories,” says Robinson, echoing the sentiments of his grandfather.

Those shared values also saw Robinson take to shooting underwater four years ago, photographing Marineland’s last dolphin, Kelly, (which featured in New Zealand Geographic issue 94). His second shoot was with his university friend Sam’s brother, Billy Trubridge, who was rapidly becoming a notable freediver, a long-term assignment that has led to the feature in this issue.

“Every dive is different,” says Robinson. “There is a sense of exploration each time.”

When Robinson won last year’s New Zealand Geographic Photographer of the Year competition he picked up an assignment to the subantarctic islands, where he dived in relatively uncharted waters.

“On the way to the first dive site at Campbell Island I saw a huge fin, and the first thing I spotted on the seafloor was a sealion with a massive bite out of it,” he says.

But Robinson’s genetic predisposition for underwater wonderment kicked in. “The giant kelp forests were so huge, so eerie, and I was constantly being dive-bombed by sealions,” he says. “I felt very small, and like I really was exploring at the end of the world.”