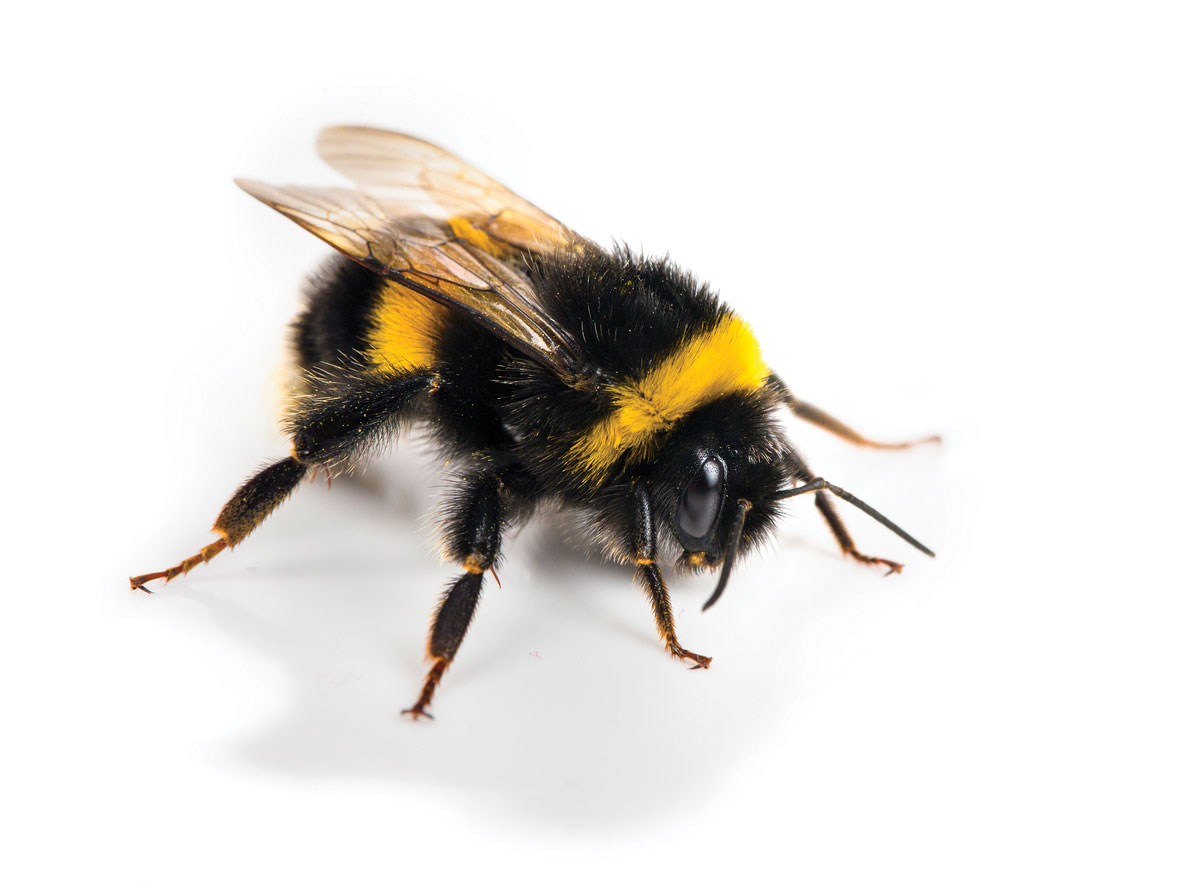 In search of nectar, a bumblebee must manoeuvre through an obstacle course of foliage—a surprising feat for a stubby insect. This flying skill is due in part to the bumblebee’s awareness of its own form.

Researchers trained bumblebees large and small to walk through a tunnel to retrieve sugar water. Every so often, the researchers would place a wall in the tunnel with a gap of varying width. The bee would buzz side-to-side, assessing the size of the opening, then adjust its position so its fuzzy body could angle neatly through. On occasion, the bee’s wingspan was larger than the gap. In these cases, the bee would spin wing-on to clear the tight gap.

By closely examining more than 400 flight paths down the tunnel, the researchers found that the extent of reorientation depended on the size of the gap relative to the individual’s wingspan. While smaller bees would flit through a mid-sized gap with no adjustment, bigger bees rotated to fit through, seemingly aware of their larger stature. This suggests that bumblebees have perception of their own size: an intriguing ability given the tiny size of the bee brain.

Size awareness is just one component of bee flight. Previous research revealed that bees navigate by measuring how fast the environment whizzes past them—a finding that has inspired the design of autonomous robots and drones.