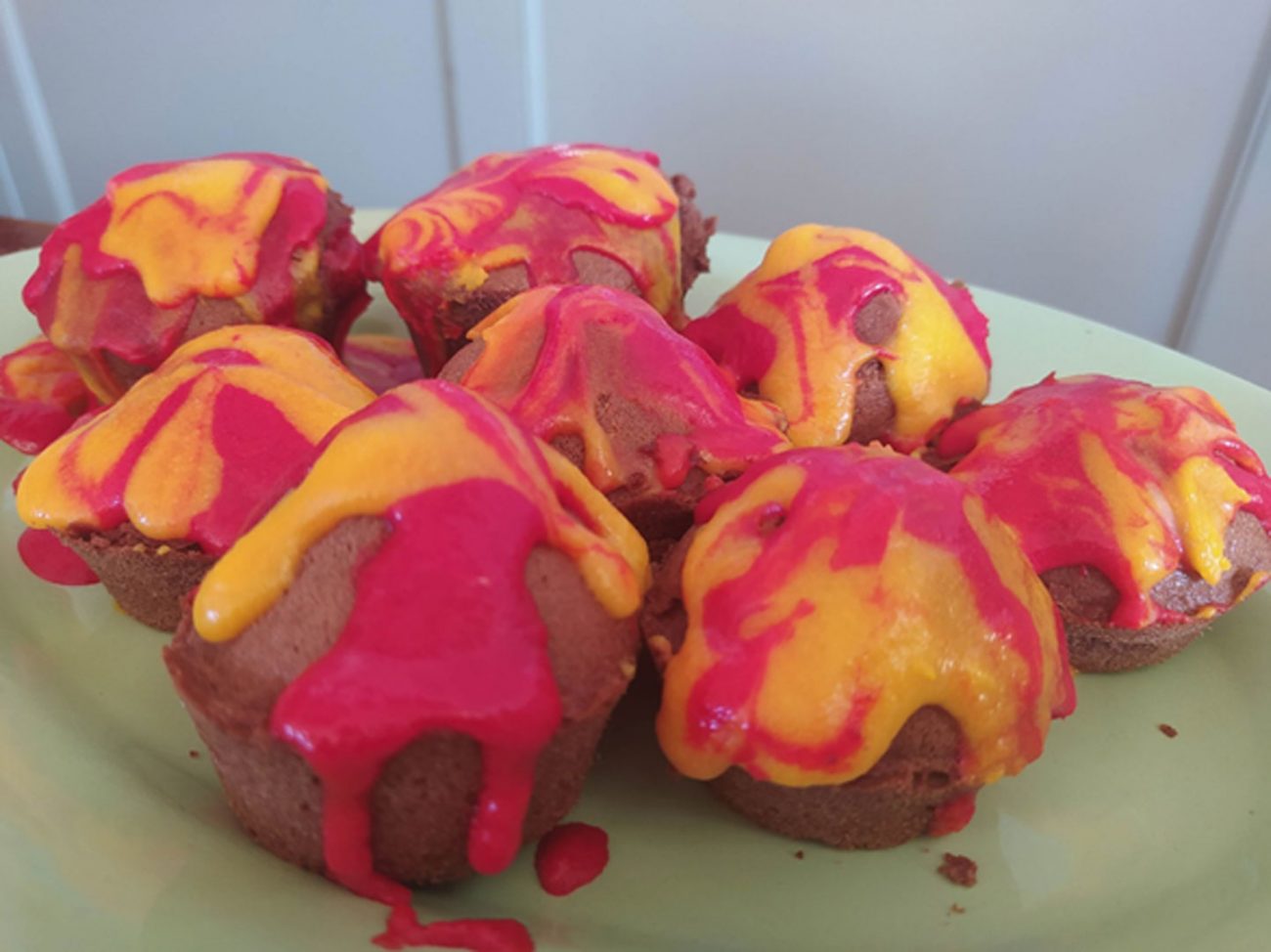 “Ice ages sap Auckland of its warmth. More than once, a strange white ash sweeps in from rhyolite detonations around Taupō. Local rivers, and even the Waikato, change course with the ease of rainwater down an umbrella. Within that same time span the Auckland isthmus pops and boils like a pot of porridge.”

Answers: 1. It disappeared quickly. 2. Strange, white…these adjectives make it sound spooky. 3. “the ease of rainwater down an umbrella.” 4. A simile. 5. The short sentences give the writing the feeling of a list so that we feel we are learning about all the different events of the volcanic field. This emphasises time passing.

Get your volcano-inspired craft on with one of these ideas

Bake cupcakes with a recipe of your choice. Decorate with red and yellow “lava” icing. 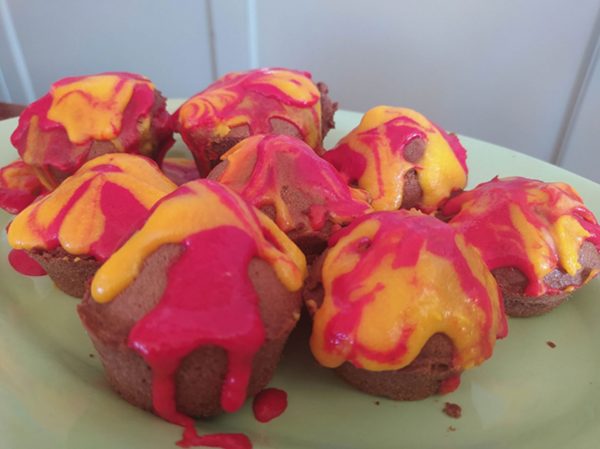 Option 2: Paint with straws to make an erupting volcano

Paint a cone in dark colours and place globules of red and yellow paint at the top of the cone. 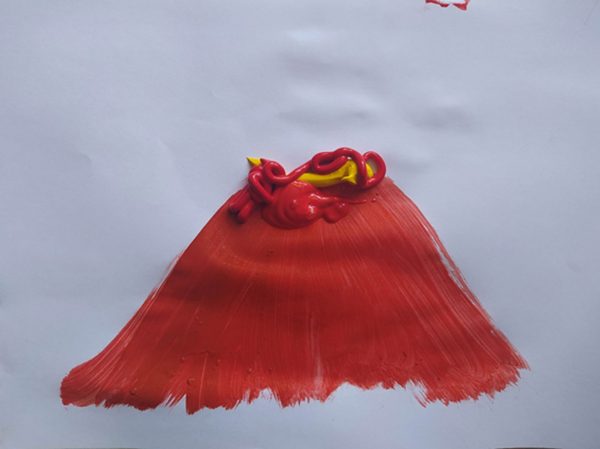 Use a straw to blow directly onto the globules of paint and push it upwards out of the cone. 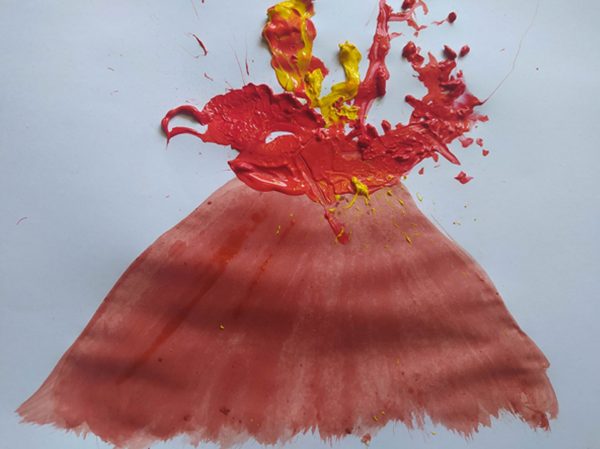 Send us a picture of your volcano!