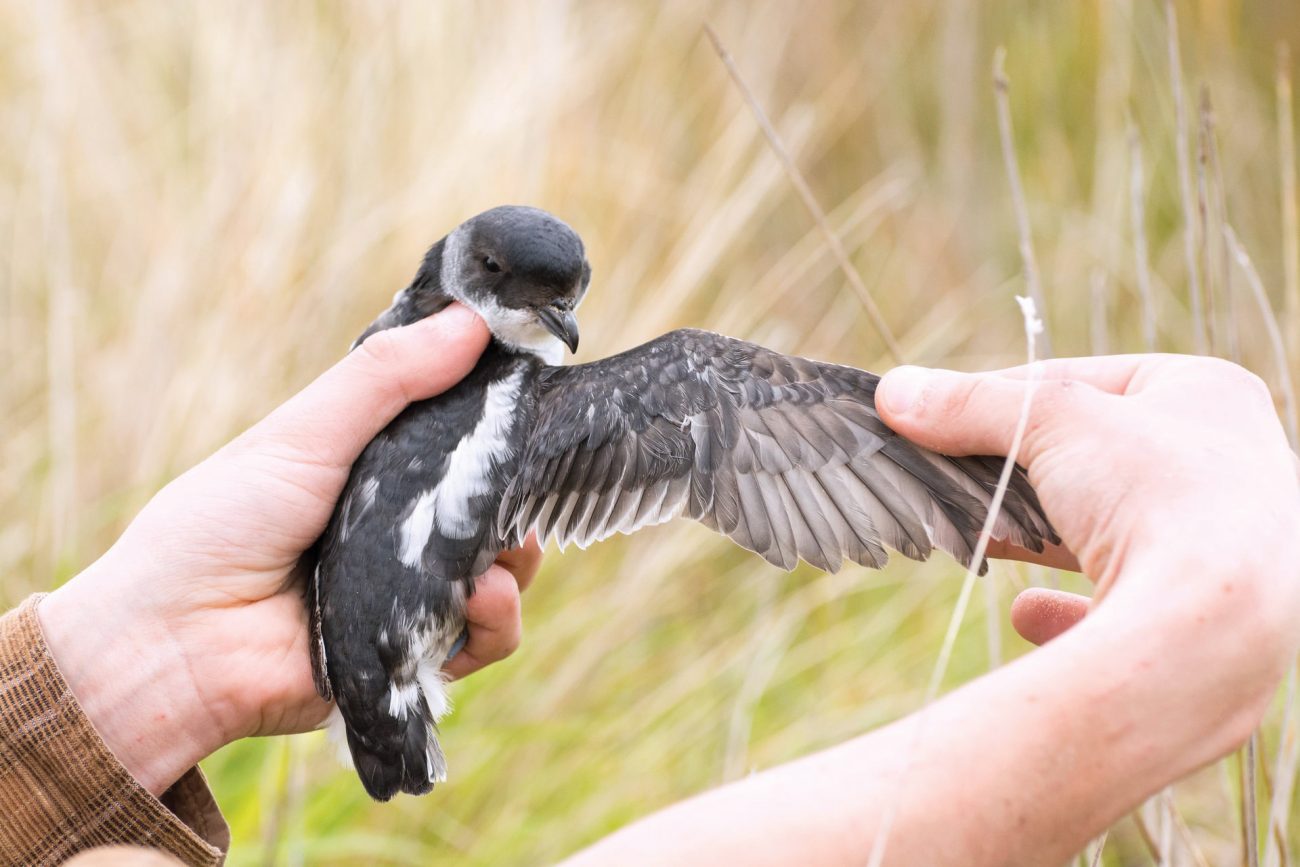 Whenua Hou, a tiny island off the coast of Stewart Island, is most famous for its population of kākāpō, but it also has a one-kilometre strip of beach where diving petrels breed. These have just been identified as a unique species, the Whenua Hou diving petrel, Pelecanoides whenuahouensis. While there are 15 million diving petrels around the world, Johannes Fischer of Victoria University in Wellington concluded that this tiny colony was a different species for a variety of reasons: their feather colours, DNA, deeper bills, longer heads, and different species of feather lice. They’re also the only diving petrel to breed entirely within a sand-dune environment. The species numbers about 150 birds, making it critically endangered. Its entire population nests in this fragile, changeable place.