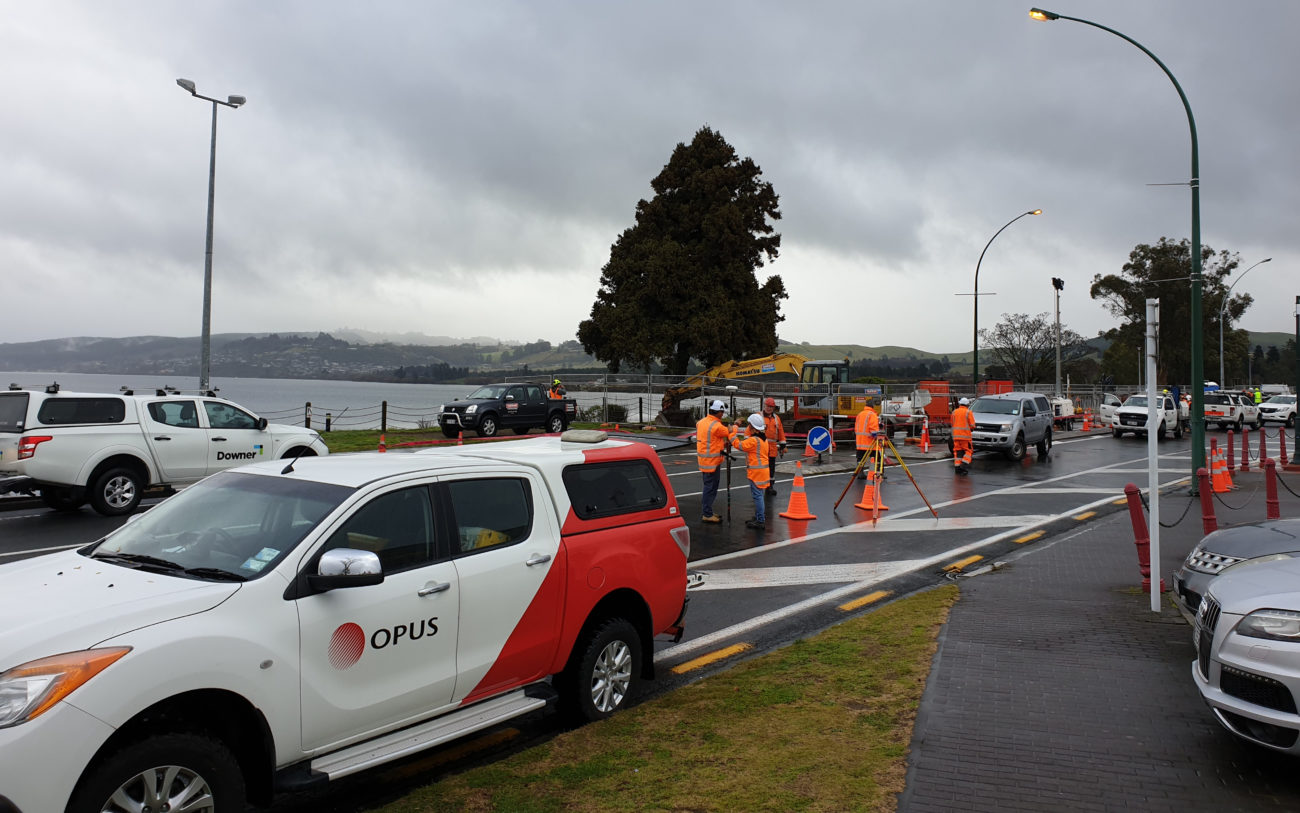 While bacteria from 800,000 litres of waste that spilled into Lake Taupō is unlikely to affect bigger towns like Hamilton, the regional council is testing to see how far it could spread.

The equivalent of about a third of an Olympic-sized swimming pool of waste, including sewage, flowed into Lake Taupō over a 90-minute period after a water main burst on Tuesday, creating a washout that broke a sewerage pipe.

Taupō District Council, Waikato Regional Council and Tūwharetoa Trust Board – which owns the lakebed – are looking at some cleanup measures for the spill, which spread along 200m of the lakefront and down Waikato River.

The initial focus has been on the quality of the water that makes its way into town drinking supplies. A Waikato Regional Council team will be in the area today looking at the effects on the lake itself.

Its science manager Mike Scarsbrook told Morning Report the risks to human and environmental health were not huge and being managed, but advice needed to be followed.

“At this stage we’re still treating things conservatively and identifying that there is likely to be a risk and so the advice of the District Health Board should be followed in terms of accessing that water.

“Human waste has the greatest level of infection risk generally compared to things like cattle or birds.

He said the amount of effluent was “quite significant” and while in comparison to the size of Lake Taupō and Waikato River it was a relatively small amount, it was still a problem.

He said the team had done some initial sampling but did not have a good picture yet of how far the effluent might spread, or the risks posed by bacteria.

“We haven’t yet got the results of the monitoring so we don’t know excatly what the levels of fecal indicator bacteria are in the river downstream.

“What we’d expect to see is very elevated levels of fecal indicator bacteria towards the start and close to the source of the effluent and then further and further away and futher downstream those numbers will drop away.

“We have done some initial modelling which indicates there would have been a reasonable-sized plume in the lake down towards the bottom end … and out into the Waikato River and also potentially seeing a plume down the Waikato River possibly as far as Ariteatea.

There were also fears the silt would settle on the lakebed and stifle the community of small animals that live there – and, eventually, the fish that feed on them.

“Often when you’ve had a whole lot of sediment come in, or organic material like the effluent, that can smother the bed of rivers and lakes, so that can have impacts on the animals that live there,” he said.

“It’s a significant input of wastewater into what is a very high-quality lake and into the upper Waikato River which is a high quality water body as well.”

Heavy rain forecast for the region could help with dilution but could also move the waste faster downstream towards Hamilton or Cambridge, he said.

“Water supplies immediately downstream … are well aware of the risk and have stopped taking water.

“The flow in the river at Taupō is about 200 cubic metres per second, so putting it in terms of an Olympic swimming pool that means the Waikato River would fill a swimming pool in about 10 to 12 seconds.

“So that’s at the flow it is currently. With heavy rain obviously a lot more water will be coming into the river, and will dilute things further.”

It was difficult to be definitive about whether dispersal and dilution would ameliorate the risks until they had their next round of samples back, he said, but it was unlikely to reach the larger water takes.

“If we’re talking about major water supplies … as far as, say, Cambridge or Hamilton the risks would be very minor. It takes several days to move through that series of hydrolakes along the river.”

The rain could also make it difficult to fix the broken sewage pipe.

The spill, which is more than four times bigger than was first estimated, has been stopped but the system is reliant on pumps while engineers work out a longer-term solution.

District council chief executive Gareth Green warned the pumps may not be able to cope in heavy rain.

He asked residents to conserve water and not flush the toilet, to help prevent the system reaching its limit.