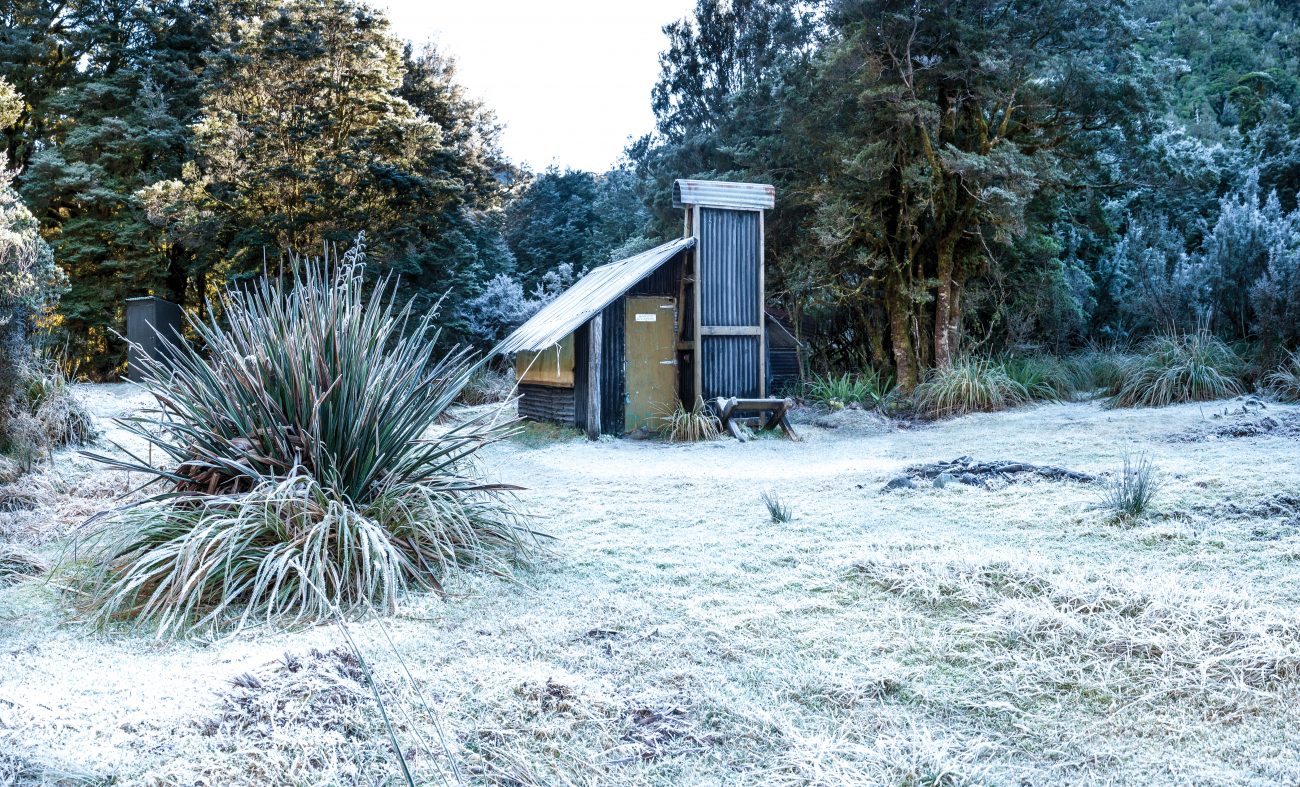 When a preacher set off from Blackball to walk over the Croesus Track in March 1907, he called in at the miners’ accommodation house near Garden Gully, enjoyed a hearty meal, then began the climb towards Croesus Knob. He was headed over the southern Paparoa Range to Barrytown, where he would give a sermon.

“The bush,” he wrote in the Greymouth Evening Star, “gradually changes until at last nought but mountain flora is to be seen. Beautiful clumps of wavy-looking yellow and white flowers are growing everywhere. Great masses of the sweet-smelling mountain musk [an Olearia species]—so dear to the heart of the school boy cigarette smoker—are to be seen on all sides.”

After a “pretty stiff climb”, the preacher reached Croesus Knob and drank in the views. “The blue hills away in the distance, the glinting green of the country at your feet, makes your blood tingle and your heart glow with gratitude for a heritage like this.”

On the far side, however, instead of views of the West Coast, the track disappeared into thick fog, and the preacher soon lost his way. Darkness fell. During the long night, he lit a small fire to keep the chill at bay, but by the time he finally stumbled “horribly sore and stiff” to Barrytown the following morning, his new boots had lost their heels and his toes stuck out. “And about my pants,” he wrote, “the less said the better.”

The preacher urged the local council to fix the snow poles, re-blaze the track, and erect a “finger post” to show directions at Croesus Knob. But the area’s fortunes were on the wane.

Gold discoveries had sparked a rush in the Paparoa foothills from 1864, leading to the formation of Blackball township. Most of the gold needed extracting from quartz reefs—a process that required ore-crushing capability and significant capital.

After finding a reef in the mountains above Blackball in 1896, the Croesus Gold Mining Company attracted capital from investors that it would soon disappoint. In 1901, the Garden Gully Company took over, moving a large stamper battery into the range in 1904. The once-quiet valley began to resound with the blows of the metal ‘stamps’ pounding quartz for all the daylight hours on offer. Once more, not enough gold was extracted, and the company folded two years later. The Croesus Track fell into disuse, and was all but forgotten.

In the 1970s, Blackball resident and Forest Service ranger Ces Clark led a team to re-open the track. Clark later died while working on it, and a hut was built in his honour. It’s set just above the bush edge, offering commanding views of the Southern Alps.

In 2019, the track will become part of the new Paparoa Great Walk (see page 30)—meaning that no preacher is likely to lose their way on the range again.

On the side-trip up to Garden Gully, the restored stamper battery and a replica hut (pictured) bear witness to the sort of misplaced optimism that only gold can generate.