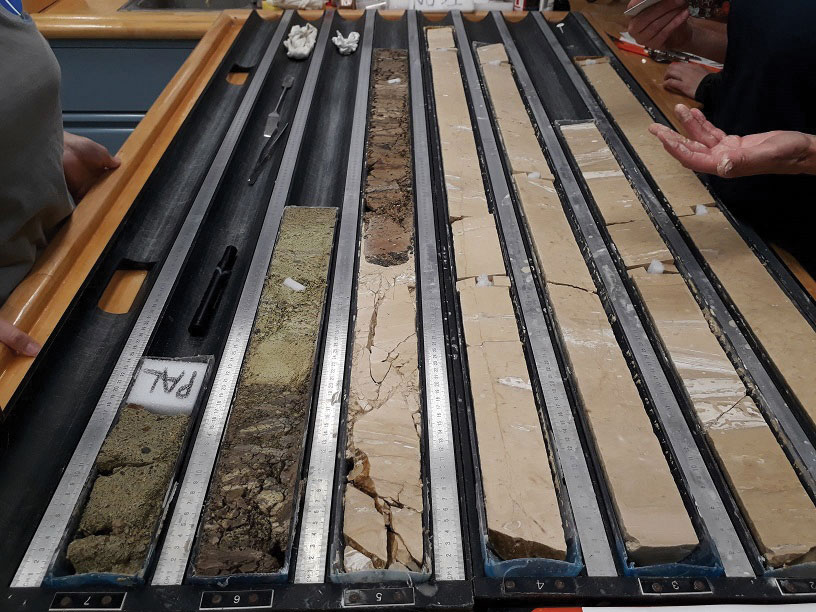 While normal earthquakes release energy suddenly and catastrophically, the slow-motion variety can last from days to months, can’t be felt by humans, and cause no damage. Slow-slip earthquakes were discovered around 20 years ago, and scientists are still trying to figure out what causes them.

New Zealand’s Hikurangi Subduction Zone, off the east coast of the North Island, has become a global hotspot for the study of slow-slip quakes, because they happen at shallower depths than they do elsewhere, and so are easier to measure.

The Hikurangi Subduction Zone is where the Pacific Plate is being shoved underneath the North Island, which lies on the edge of the Australian Plate.

Off the coast of Wellington and the Wairarapa, the seabed is covered in sediment washed off the Southern Alps. That gives the Pacific Plate a nice, smooth surface, and as it’s pushed underneath the Australian Plate, the two plates tend to lock tightly together. (Every 500 years or so, this breaks in a giant megathrust earthquake of magnitude 8 or 9.) 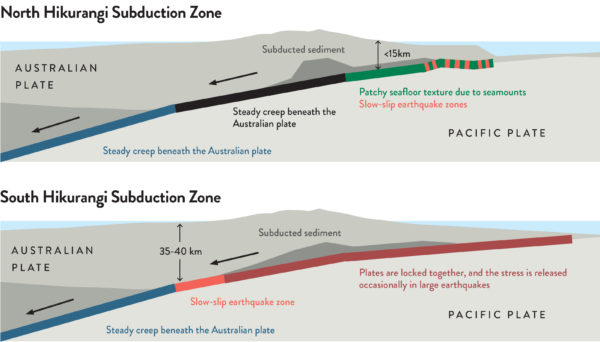 North of Hawke’s Bay, it’s a different story. There’s less sediment, so ancient undersea volcanoes called seamounts stick up out of the Pacific Plate, giving it a bumpy surface. That causes all kinds of strange behaviour as it’s sucked beneath the Australian Plate. GNS Science geophysicist Susan Ellis and her colleagues used a sophisticated computer model to simulate what happens when a seamount is pulled into the subduction zone. “The ground ahead becomes brittle and prone to earthquakes because the water is squeezed out,” says Ellis.

As the seamount inches forward, it drags the seabed with it, stretching apart the rocks behind it and allowing fluids to fill tiny gaps in the rock. That weakens the rocks and makes slow-slip earthquakes possible.

Researchers are trying to figure out what this means for New Zealand. How much of the stress built up along the fault will be released in slow-slip events? What will happen when the southern part of the Hikurangi Thrust eventually ruptures in “the big one”—something that hasn’t happened in recorded history?