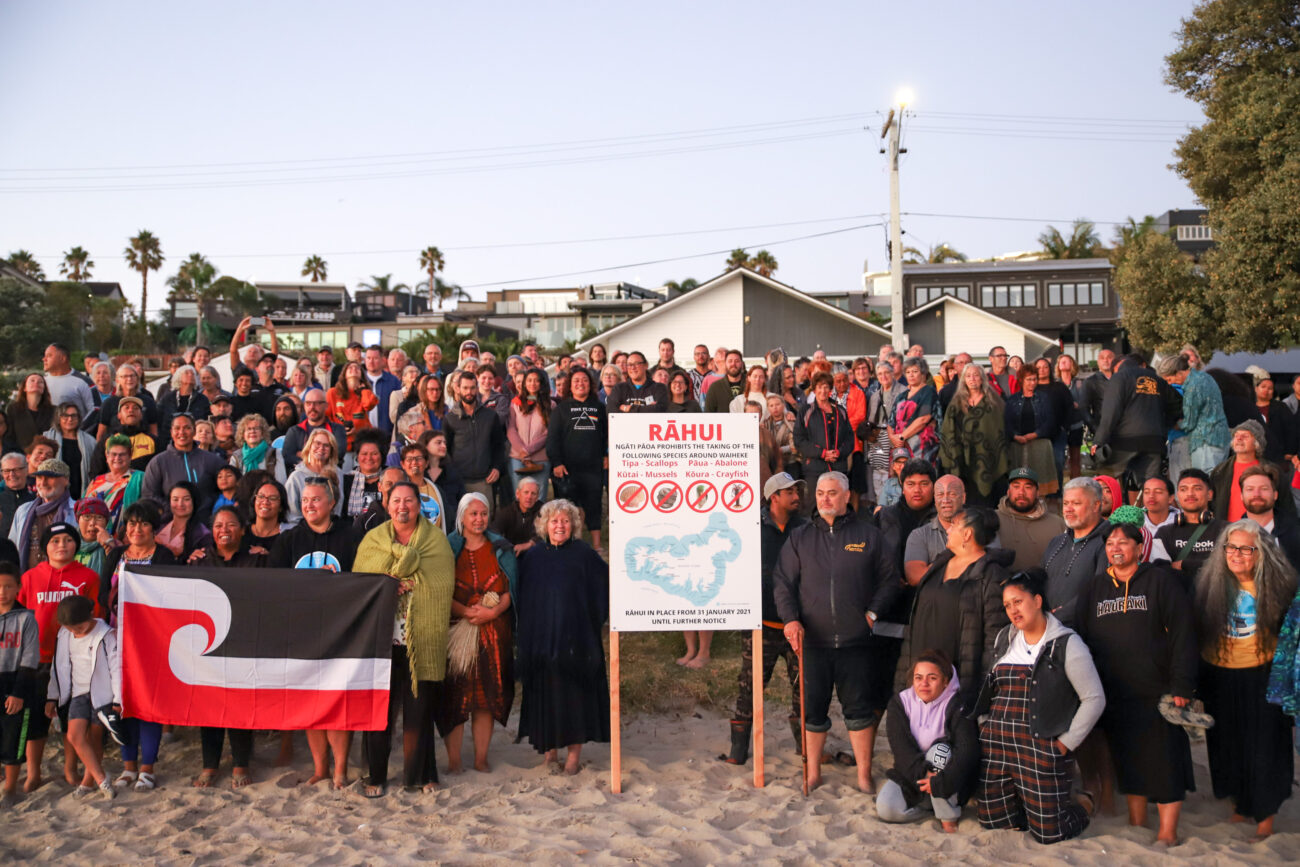 The ban covers the collection of mussels, paua, scallops and crayfish—taonga that the iwi has watched decline for decades.

“The rāhui is due to declining inshore biodiversity. If nothing is done urgently, our mātaitai, our kaimoana beds will not only be severely depleted, but will reach the point of collapse,” says Herearoha Skipper in a statement from the iwi.

The rāhui covers the entire Waiheke coastline, out to one nautical mile (1.8 kilometres), for a minimum period of two years. According to scientists, it can’t come soon enough. The inner Hauraki Gulf that has suffered a century of industrial scale exploitation, and though the Hauraki Gulf Marine Park was gazetted 20 years ago, there has been little progress on marine protection and an acceleration of decline in abundance and biodiversity.

The causes are primarily recreational fishing and commercial fishing (equal take in the context of the Gulf), and sedimentation, primarily from rural sources. Pollution and climate change also play a role. The science is clear on what’s required to fix it—changes to fishing behaviour and substantial marine protection around both valuable and vulnerable sites in representative ecological areas. Fencing and planting of waterways on land is also required.

Today, only three of the most commonly caught finfish species are at sustainable populations, crayfish are functionally extinct and seabird populations have declined significantly. Perhaps the most concerning sign is the rapid expansion of kina barrens which now extend over half of rocky reef areas in Gulf, including Waiheke’s northern coast.

Kina barrens are diagnostic signs of an ecosystem out of balance, where meso-predators such as snapper and crayfish have been removed and urchins explode in numbers, clear-felling kelp forest that provides nursery habitats for other species.

It is a tipping-point process scientists call trophic collapse—the death throes of an entire ecosystem.

For Ngāti Paoa, watching reefs stripped bare and fisheries decline is an assault on the mauri of Tikapa Moana.

“We have been encouraged by local support,” says Skipper. “What’s clear is we all share a sense of responsibility to protect our kaimoana across Tīkapakapa for future generations.”