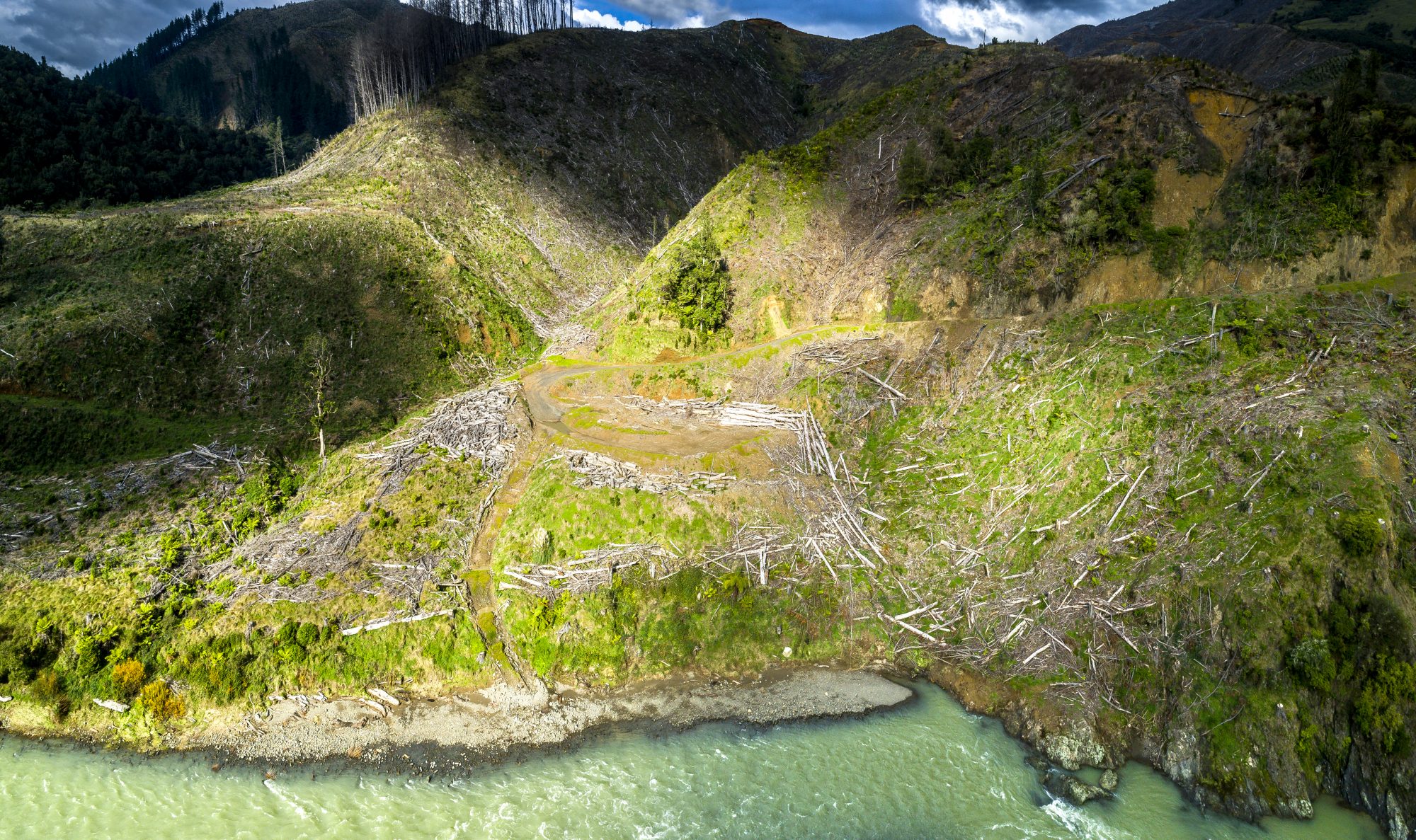 In early June, heavy rain battered the eastern North Island. Above the Waioeka River near Opotiki in the eastern Bay of Plenty, slash and clear-felled logs were left on steep, denuded hills, primed to be washed downstream in a flood.

But wood products are New Zealand’s third largest export behind dairy and meat, and forestry directly employs 20,000 people, with an annual gross income of $5 billion—three per cent of our gross domestic product.

However, with climate change bringing heavier, more intense bursts of rain, scenes on the following pages will be more common. We may no longer be able to leave forestry debris on the sides of hills, or piled up on skid sites. Suggested solutions include changing the mix and age of trees, allowing buffer zones of mixed forest to catch errant logs, planting native forest around riparian areas, and changing harvesting methods.