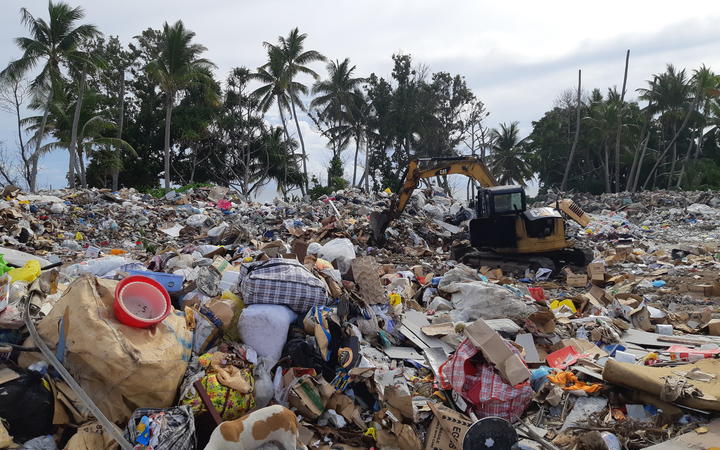 A single use plastic ban and importation levy comes into force in Tuvalu from the beginning of August to help deal with waste in the small remote islands.

It’s hoped the new measures will ease pressure on an overflowing rubbish dump on Fogafale where most of the population lives.

Single use plastic bottles under 1.5 litres, plastic plates, cutlery and food wrap are among the items which will not be allowed in to the country from 1 August, according to the Director of the Department of Environment Soseala Tinilau.

The Pacific Islands Forum which takes place in Tuvalu next month is being labelled a “plastic-free” event, according to Mr Tinilau and he said efforts were underway to reduce the amount of single use plastic used with funding assistance from the UK.

New Zealand Prime Minister Jacinda Ardern will also be travelling to Tuvalu for the forum next month.

About 600 visitors are expected for the meetings, government officials said.

With Tuvalu reliant on imported bottled water and harvesting rain water for drinking, New Zealand has imported large plastic water-filled containers for its delegation to avoid the use of small single use bottles.

Also from the beginning of August large items like fridges and vehicles will be subject to a levy which will help pay for shipping the goods out of the country once they’re dumped as waste.

The dump site is located at the northern tip of the capital island Fogafale, with ocean on one side and the lagoon on the other.

An algal bloom in the lagoon is thought to have come from leaching from the dump site, Mr Tinilau said.

“There are studies that are going on at the moment … so that we can know what exactly happened there,” he said.

A first of line of defence was planting vegetation to help retain nutrients, he said.