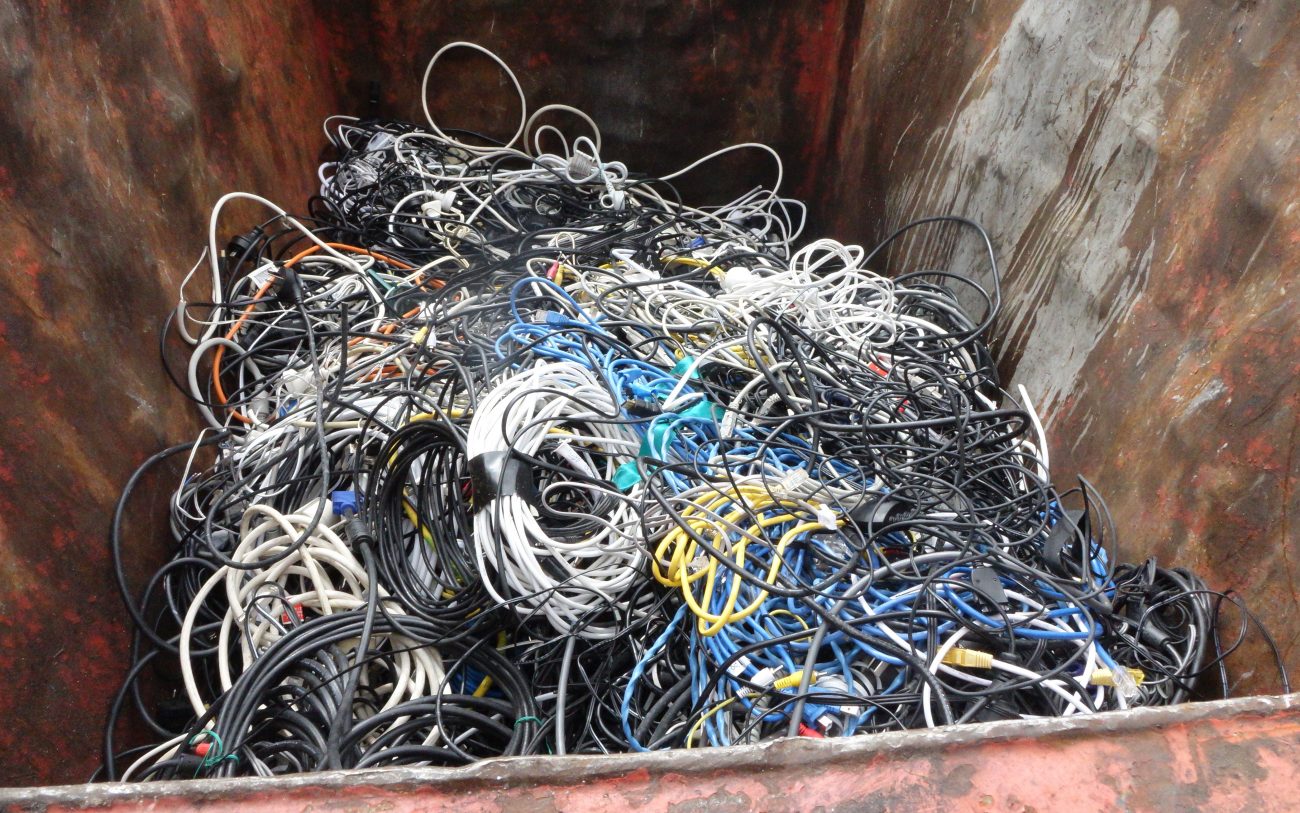 Every New Zealander creates an average of 19 kilograms of e-waste a year.

According to the Ministry for the Environment that number is expected to rise to 26.9kg per person by 2030.

So what happens to our phones, laptops or heaters once they’re broken or unwanted?

The Second Treasures Shop in Wellington is currently working to help tackle the issue of e-waste.

“That’s about a 100 tonnes a year, which is about 3 percent of the e-waste Wellington city produces,” he said.

Mr Boys said people not knowing how to fix their complex electronics and items not being built to last were contributing to the problem.

Flat screen televisions made up about 60 percent of the e-waste they received, many of which were only 3 to 4 years old.

He said they were working to find a new lease of life for the unwanted goods.

“We’ve got a bin full of cords and so the cords can be recycled for the copper,” he said.

He said they also sold a lot of items with stereos and the antiquated VHS players were particularly popular.

Outside the shop, there’s also a shipping container with stacks of laptops.

A really good laptop in working order would set someone back about $80, significantly less than a new one instore.

Acting waste operations manager Emily Taylor-Hall said they had been raising awareness by selling emergency water tanks, but they were keen to spread the word further rather than more items ending up in the landfill.

They tended to sell the objects for parts and without plugs, but they had now ordered a machine to test the donated electronics.

“[It will] make sure they are working and that they’re safe, so they’re passing an electrical standard and will mean hopefully we’d be able to put a lot more to be re-sold rather than being scrapped and recycled,” she said.

Everything is free to donate except televisions, which cost $25, as they are more complex to recycle.

Ms Taylor-Hall said it was promising to know many people preferred to pay to donate the goods, rather than sending them to landfill.

However, both Emily Taylor-Hall and Rod Boys said they were the ambulance at the bottom of the cliff and reducing waste in the first place was a much better option.