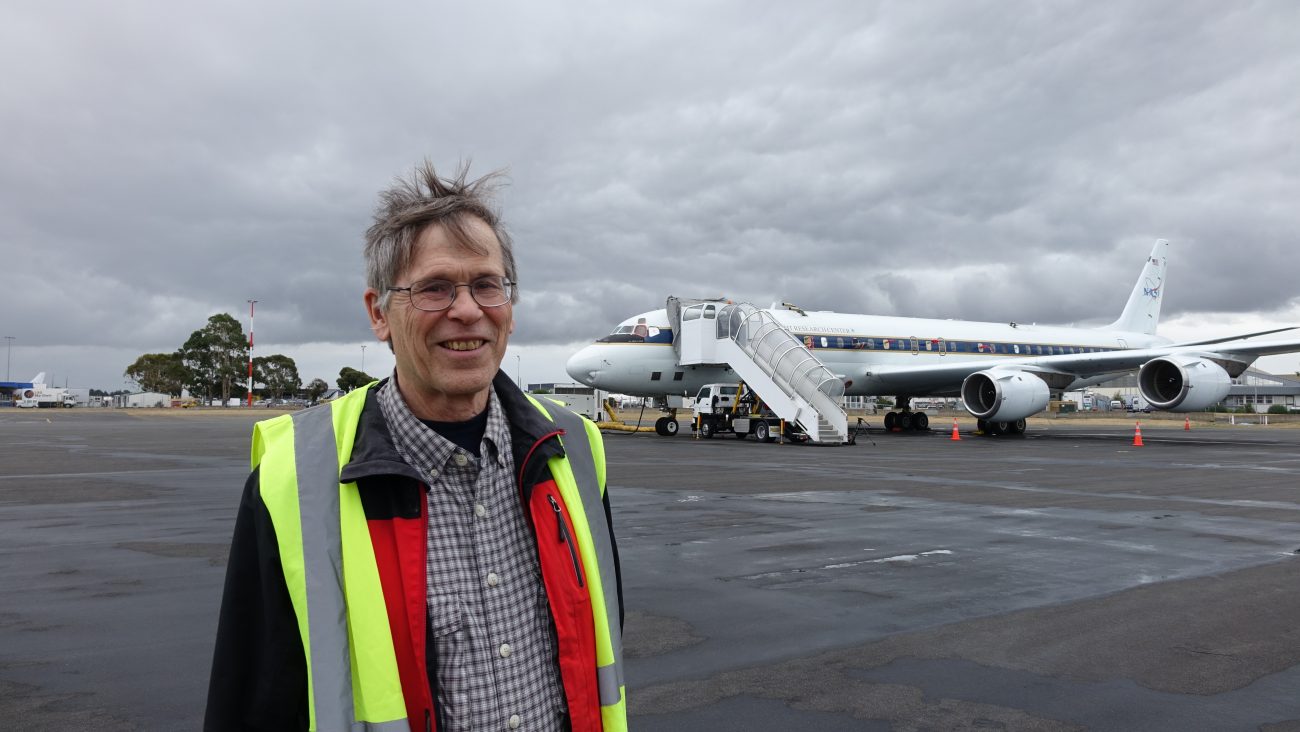 NASA’s flying laboratory, which is conducting a worldwide survey of the earth’s atmosphere, has touched down in Christchurch for a second season.

Researchers onboard NASA’s DC-8 aircraft have been flying across the globe on a 28 day journey, gathering data in the air to better understand climate change and air pollution.

The researchers use 22 different instruments on the plane to study gases and other atmospheric particles.

Steve Wofsy, the lead principal investigator for the $30m NASA project, said the research was groundbreaking.

“Nobody has ever been able to take a flying laboratory of this complexity and navigate the entire globe and really look at the whole world at once.

“I really do hope that it helps people to understand how human beings are affecting the atmopshere, not just climate, but also air quality.”

Mr Wofsy said this was the second of four trips NASA would make during the Atmospheric Tomography, or ATom, mission.

The DC-8 was about halfway through its journey and would leave New Zealand for Chile in South America on Friday.

Once the NASA team gets back to Palmdale California in February, it will take about six months to collate all of the data that has been gathered.

They will be back on the flying lab for their third trip around the globe in October.