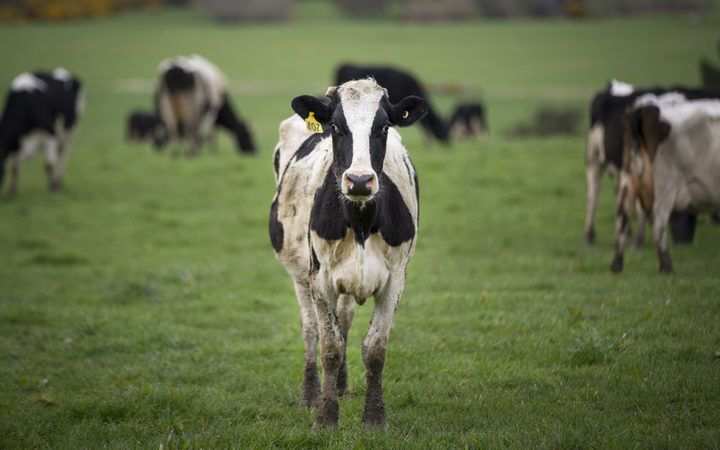 The Department of Conservation (DOC) is taking the extraordinary step of getting an independent review of a 1080 operation in which cows were subsequently killed.

Eight cattle were found dead in their Waikato paddock after breaking into the bush area where 1080 had been dropped as part of a pest control operation DOC was undertaking on conservation and private land earlier this month.

A toxicology assessment was done on two of the dead cattle and confirmed they died from eating the poison.

DOC acting deputy director-general Merv English said the only logical conclusion was that the cows broke into the piece of bush next to their paddock.

Mr English also said that the gate was pushed over and the owners of the cows, Paula and Mark Stone, agreed.

Last week the Stones told RNZ News it was possible the cows escaped into the bush bus said they were previously allowed to feed in that area.

Since the cows died, the Stones enlisted the help of prominent anti-1080 lawyer Sue Grey who represented a number of different protesters.

Ms Grey said the toxicology report confirmed what the Stones suspected. They now disputed the suggestion the cows escaped.

“Nobody knows exactly where the cows were.

The Stones previously said there was damage done to a fence that had been keeping the animals secure.

Mr English said the DOC has had an internal review and are getting an independent look at the operation to reassure the public.

“In this atmosphere where the use of 1080 is being questioned and particularly DOC’s operational procedures I just think the public have a right to have that assurance.”

He said DOC has to be prepared to open its arrangements and have its work reviewed by appropriate skilled people.

Last week the Stones said there had been a breakdown in communication with DOC, and their lawyer Ms Grey said they were still hoping DOC would front up and apologise and ask what can be done to correct the harm done.

Mr English said DOC’s communication with the farmers would be reviewed.

The investigation is expected to take about four weeks.