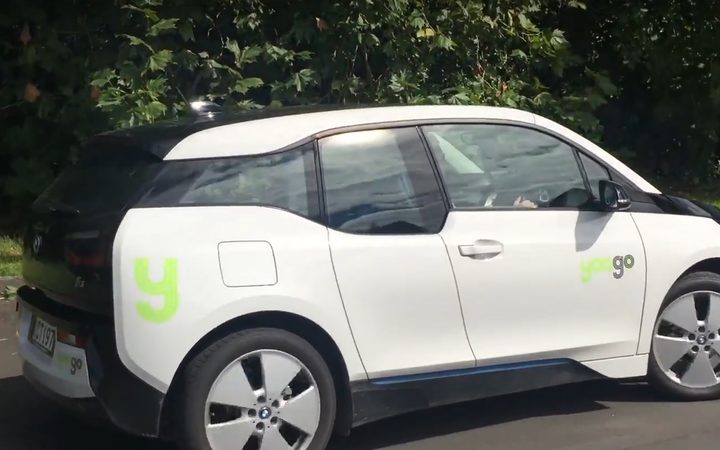 More than 100 Christchurch residents have signed up to an electric car sharing scheme.

The scheme, which lets people hire electric vehicles at different points in the city, was opened to corporate clients last year, but was made available to the public on Thursday.

Ride share company, Yoogo Share, is running the scheme, and its general manager, Kirsten Corson, said it was the biggest deployment of electric cars in New Zealand.

“It is also the first pure electric car sharing initiative in New Zealand…there are no combustion engines hidden in these cars.”

Currently, Hyundai Ioniq and BMWi3 vehicles are available to hire at three hubs, which are located at the Christchurch Art Gallery car park, the West End car park and at Christchurch Airport.

More hubs would be added in April at the Crossing car park, the Ara Institute of Canterbury, the Canterbury University, the Papanui and Fendalton libraries, and the Lyttelton Community Centre.

That would bring the total number of electric cars available for hire to 100.

“This service will deliver improved environmental and health outcomes and help the council achieve its goal of becoming carbon neutral by 2030,” she said.