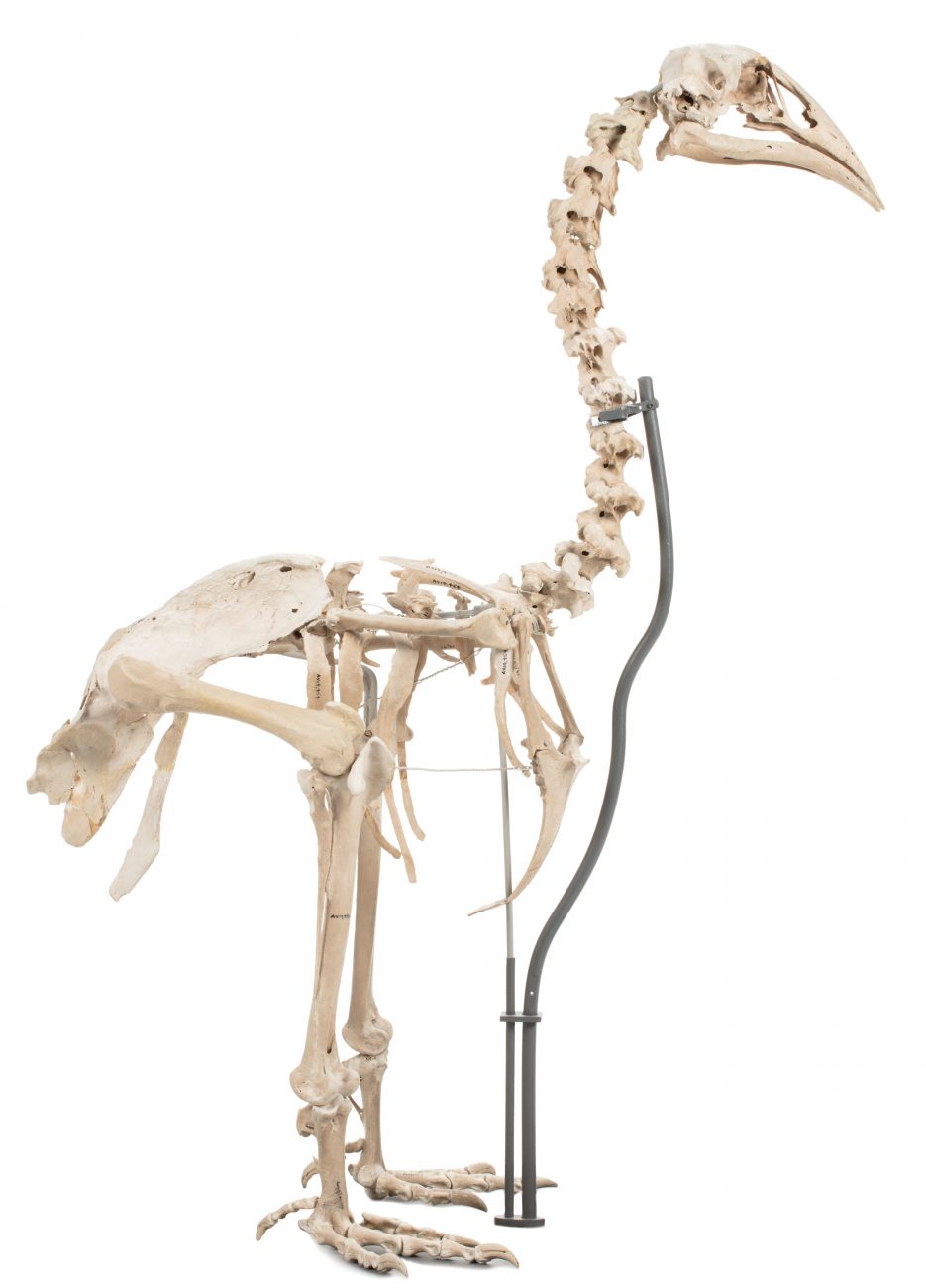 Ornithologists have been arguing for more than a century about just what an adzebill was. Hefty flightless birds with massive beaks, they disappeared in the first wave of extinctions following human arrival in Aotearoa and are known only from their skeletons. Their bone chemistry indicates they were carnivores, and their pick-like beaks and powerful feet suggest they were diggers, perhaps excavating tuatara and seabirds from burrows. But they were apparently unrelated to any living bird species.

When Richard Owen first described them from leg bones in 1844, he mistook them for small moa. Later adzebills were thought to be cousins to the sunbitterns, or the flightless kagu, the national bird of New Caledonia. Were they from the rail family—or something else entirely?

Finally we have an answer, thanks to new techniques that allow palaeogeneticists to extract traces of DNA from ancient bones. An international team of researchers, including palaeontologists and ornithologists from Australia and New Zealand, found that adzebills are relatives of small ground-dwelling birds from Africa, in the obscure family Sarothruridae, or flufftails. The Madagascan wood rail is a typical flufftail—a medium-sized forest bird resembling a weka.

So how did the ancestors of adzebills get from Madagascar to New Zealand? DNA suggests the split happened 40 million years ago, when the southern continents were closer together and Antarctica was further north and covered in forests.

The ancestors of adzebills could fly, and were probably spread across Africa, Madagascar, Antarctica and New Zealand, leaving modern-day descendants at each end of the range. We now know that kiwi, whose closest relatives are the extinct elephant birds of Madagascar, had similarly mobile flying ancestors.

Adzebills turn out to be another native bird that colonised Aotearoa from across the oceans, then lost its ability to fly.