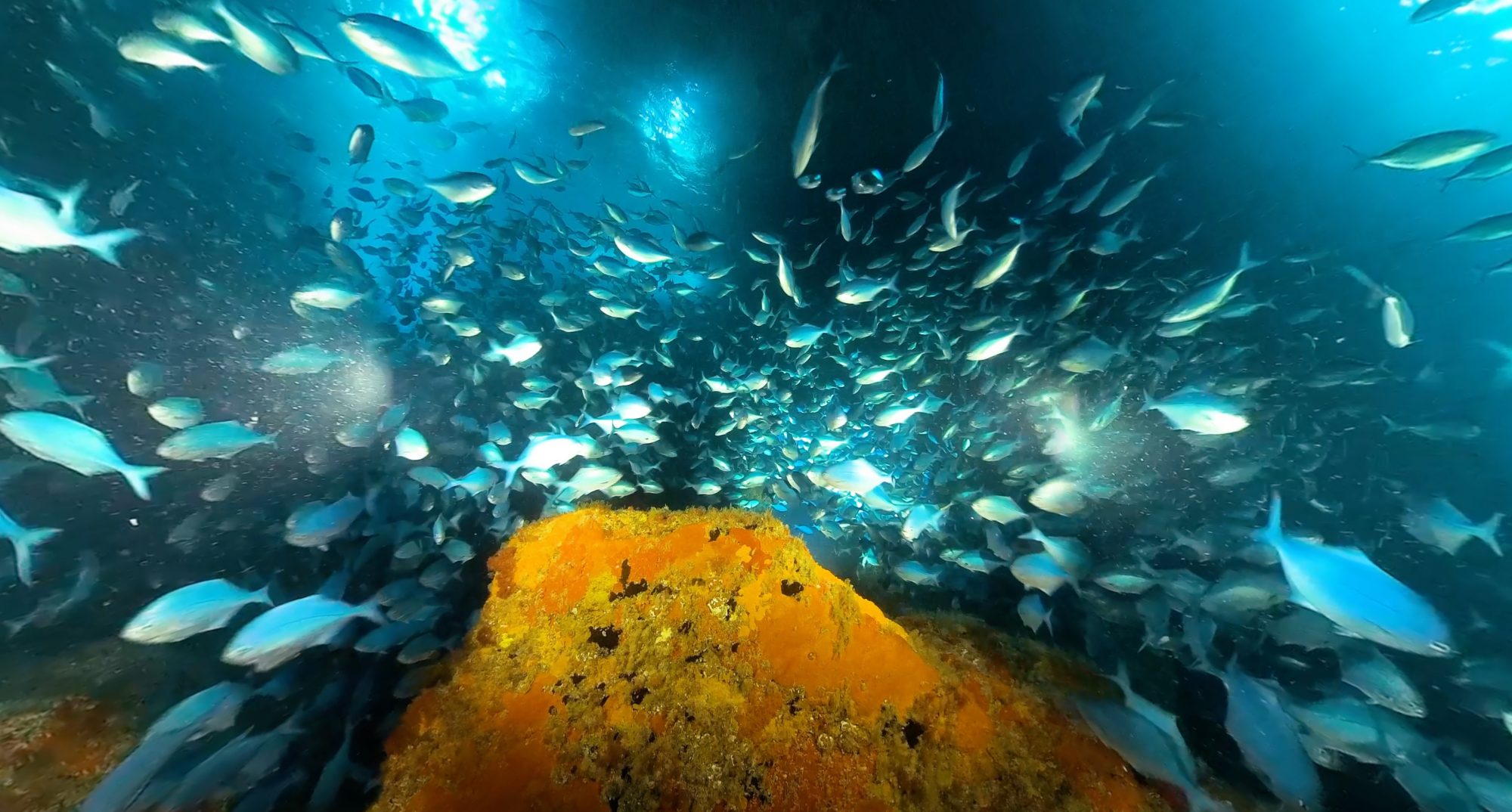 Deep under Archway Island is a cavern swarming with blue maomao—a common schooling fish in New Zealand’s north. They seek shelter and protection in these caves, which are wallpapered with vibrant sponges and algae.

In all, there are 187 species of fish found at the Poor Knights, more than a third of them subtropical, benefitting from the warm East Auckland Current washing down the coast of the North Island.

Cape Rodney-Okakari Point Marine Reserve was New Zealand’s first no-take reserve, closely followed four years later by Poor Knights Islands Marine Reserve 20 kilometres offshore. The level of protection is as important as the location—no-take or Type 1 reserves are more effective than Type 2, which allow fishing and other activities that may be destructive to the seabed. 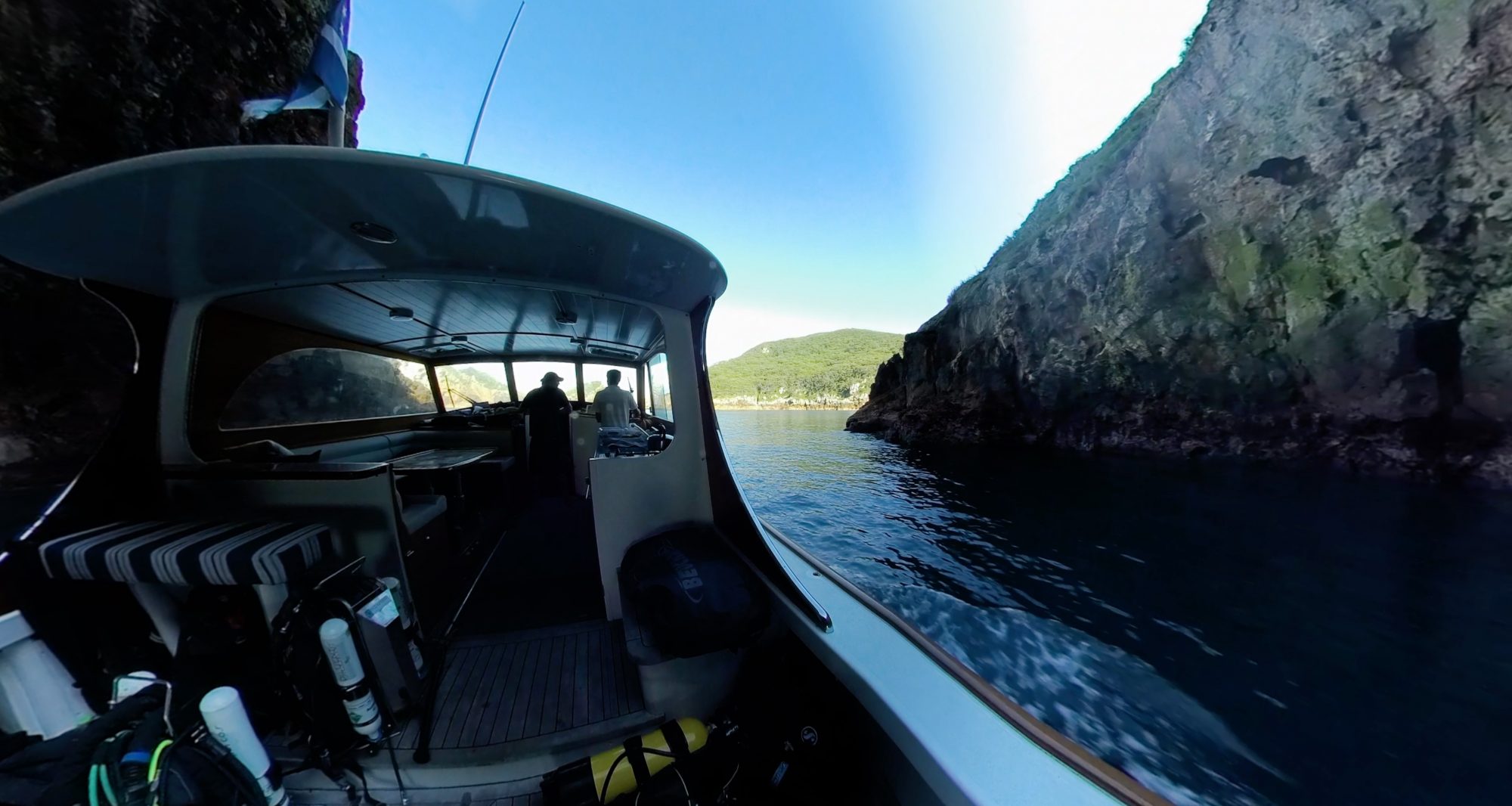 Twenty kilometres off the Tutukaka Coast, the Poor Knights Islands are the remnants of an ancient volcano, shattered and penetrated by the sea. Enormous gas bubbles in the rock have resolved into sea caves big enough to drive a boat through.

Under the water the topography is equally complex, providing habitat for hundreds of species—some found in few other places on the New Zealand coast. 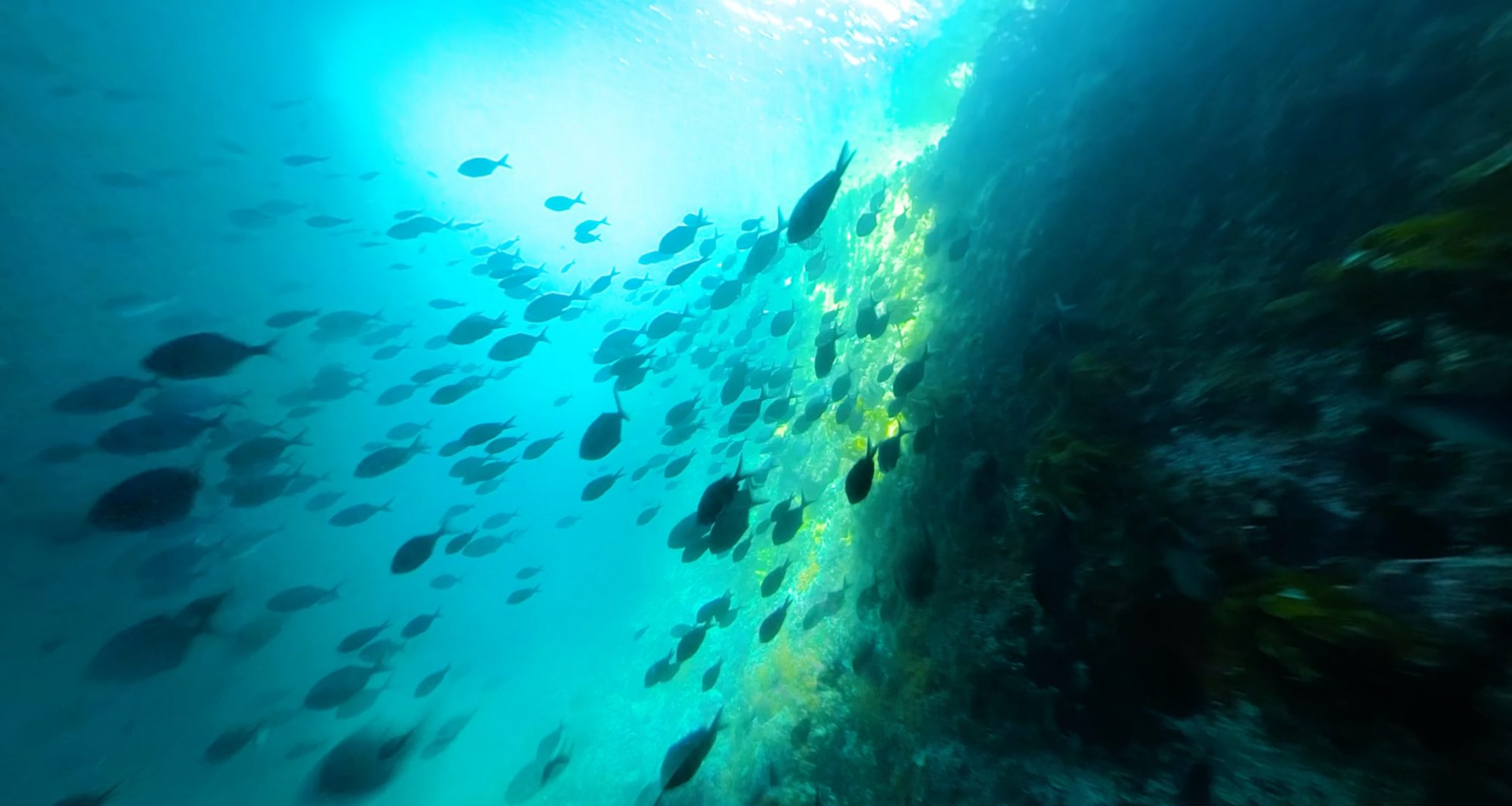 Scooter with a scientist

Why swim when you can scoot? Marine biologist Lucy van Oosterom, our VR Producer, hitches a ride through clouds of blue maomao and past swathes of kelp.

Enthusiast divers who explored the wonders of the Poor Knights 60 years ago recall kingfish, snapper and hāpuku in numbers unheard of today, and schools of trevally that covered acres. With fishing still allowed within one nautical mile of the islands it’s likely the reserve is too small to protect these species and the decline will continue.

Smaller marines reserves protect resident species but offer little protection for fish that move outside its borders. Only very large marine reserves will protect large or migratory species such as kingfish, kahawai, sharks, tuna, whales, dolphins and billfish, such as marlin. At present, none of New Zealand’s largest marine reserves are near the mainland. 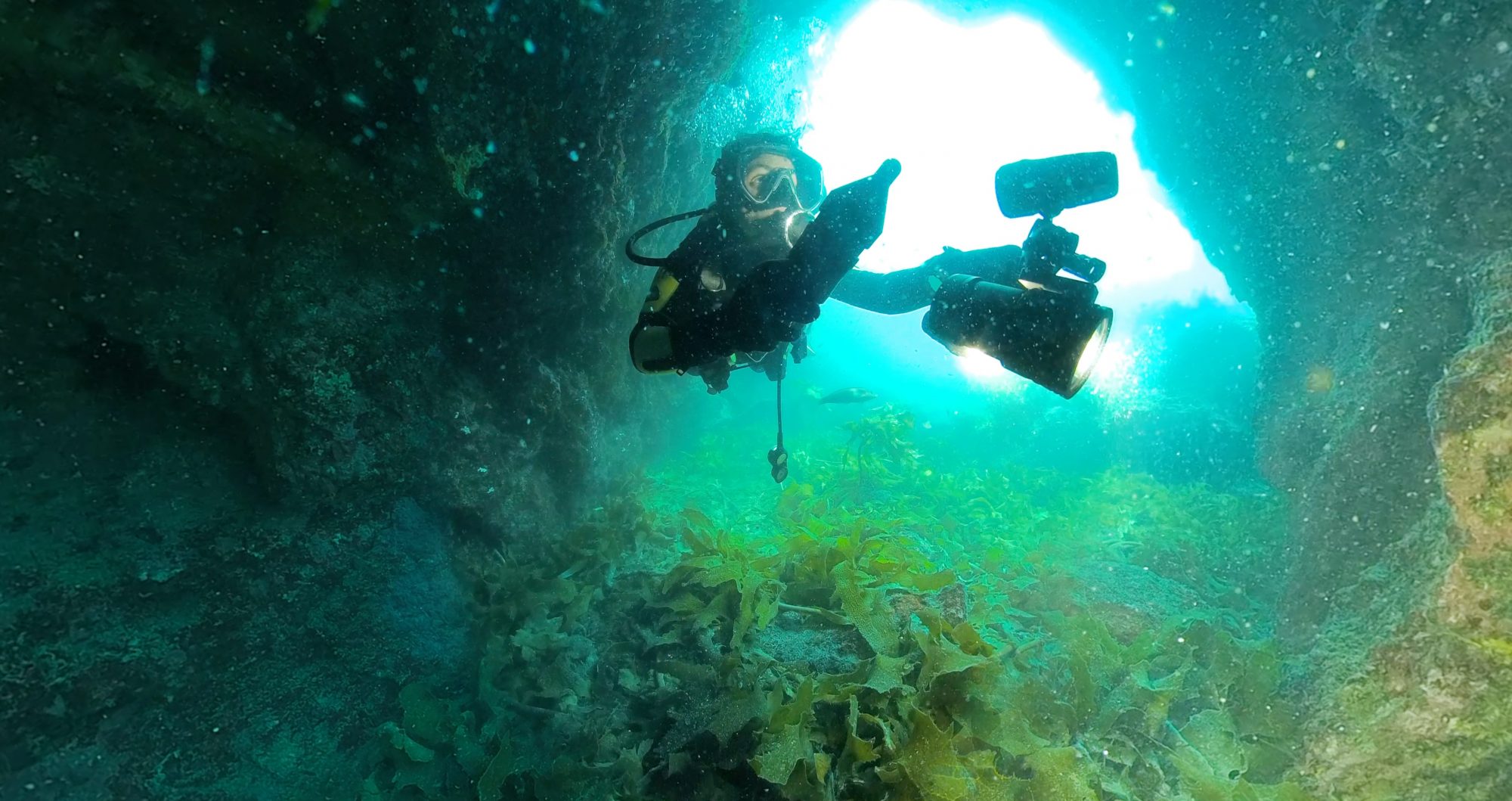 Marine scientist Lucy van Oosterom wrote her Masters thesis on fish communication. Yes, fish talk, using a range of sounds that include pops, crackles and whistles, depending on the species.

In the sea caves of the Poor Knights, bigeyes crackle in the darkness to advertise their position and keep safe in the school. 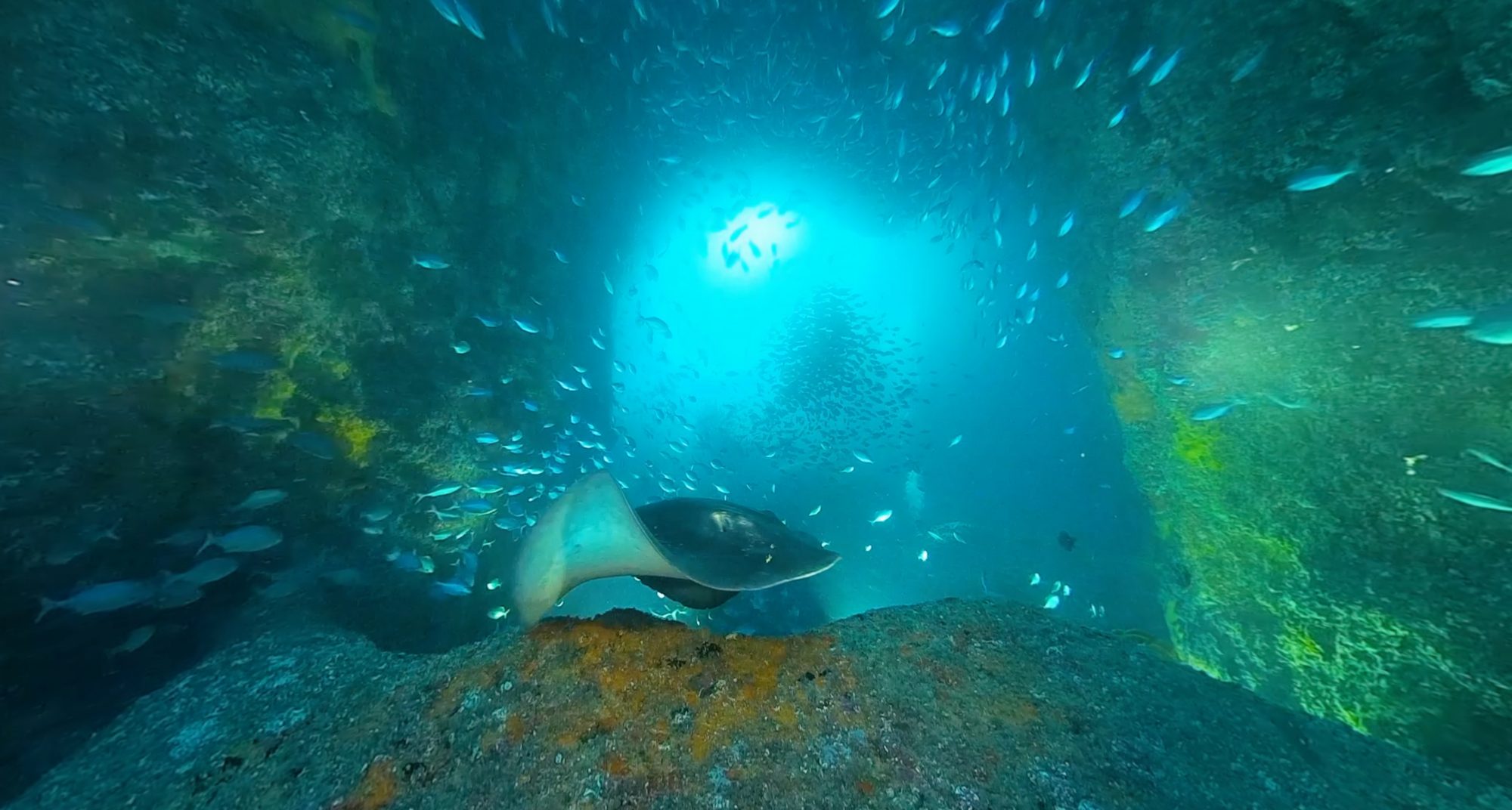 South of the Poor Knights stand a crop of rocky spires called The Pinnacles. Under the largest is a cathedral-like cavern called Tie Dye Arch, named for the kaleidoscope of colours that clad every surface like graffiti. Blue maomao throng in the half-light, along with demoiselles, rays, trevally and other schooling fish. It’s an object lesson in why marine reserves matter. 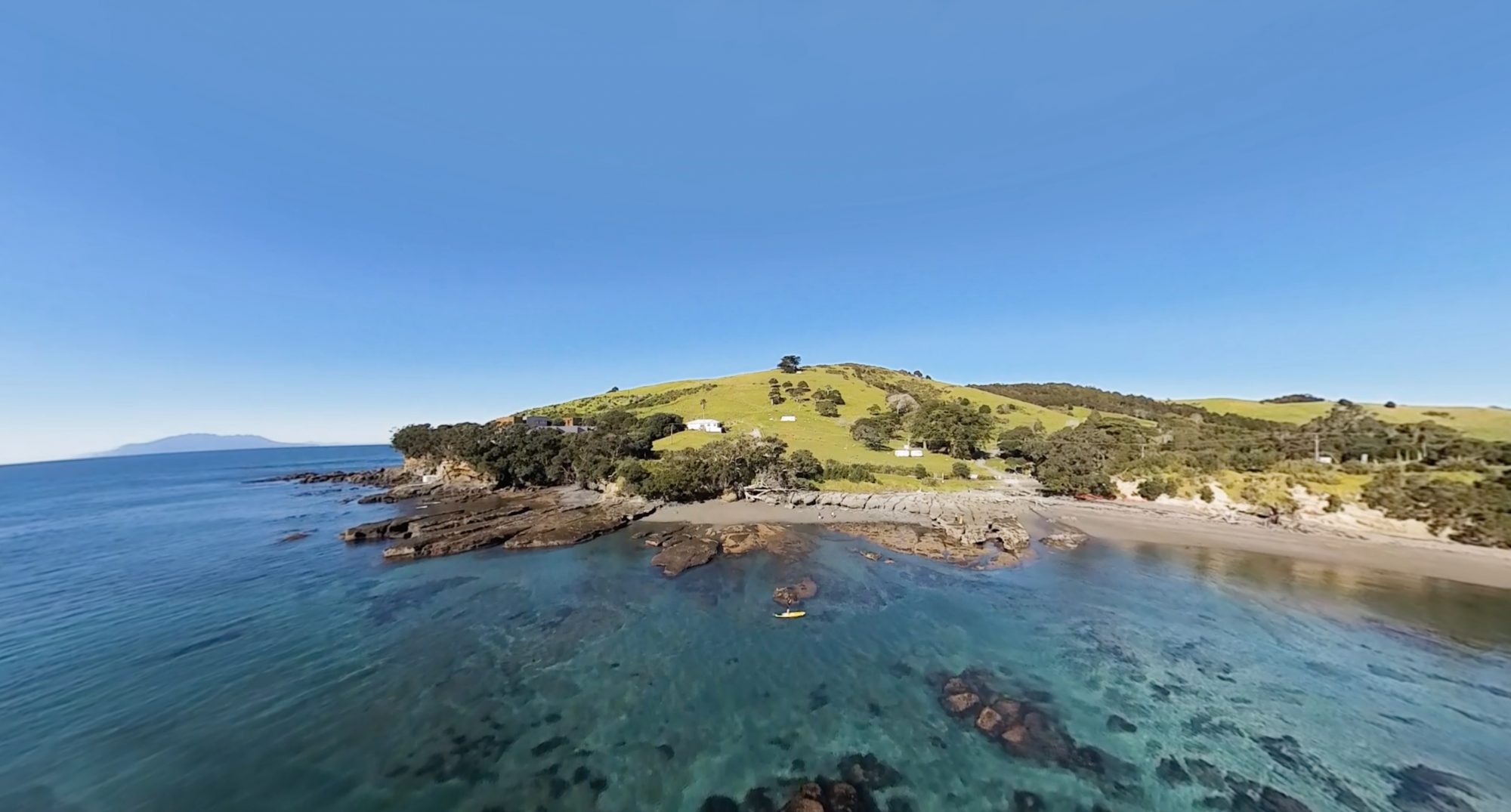 Soar above the snapper

Cape Rodney-Okakari Point Marine Reserve (Goat Island) marked the beginning of an environmental awakening. Established in 1977, it was the country’s first no-take marine reserve, and among first in the world too. It faced immense opposition at the time, but the public has since caught up with the conservation ideology and the scientific value that no-take reserves represent.

Pioneer diver Wade Doak calls these places ‘wet libraries’, sites that retain a physical memory of how most of our coasts once looked—for our reference, research and aspiration.

Marine protected areas are abundant because everyone agrees to abide by the conditions of the reserve. If it says no-take, don’t take. Many reserves also surround islands where landing is not permitted. Conditions are never arbitrary—it pays not to second-guess them. 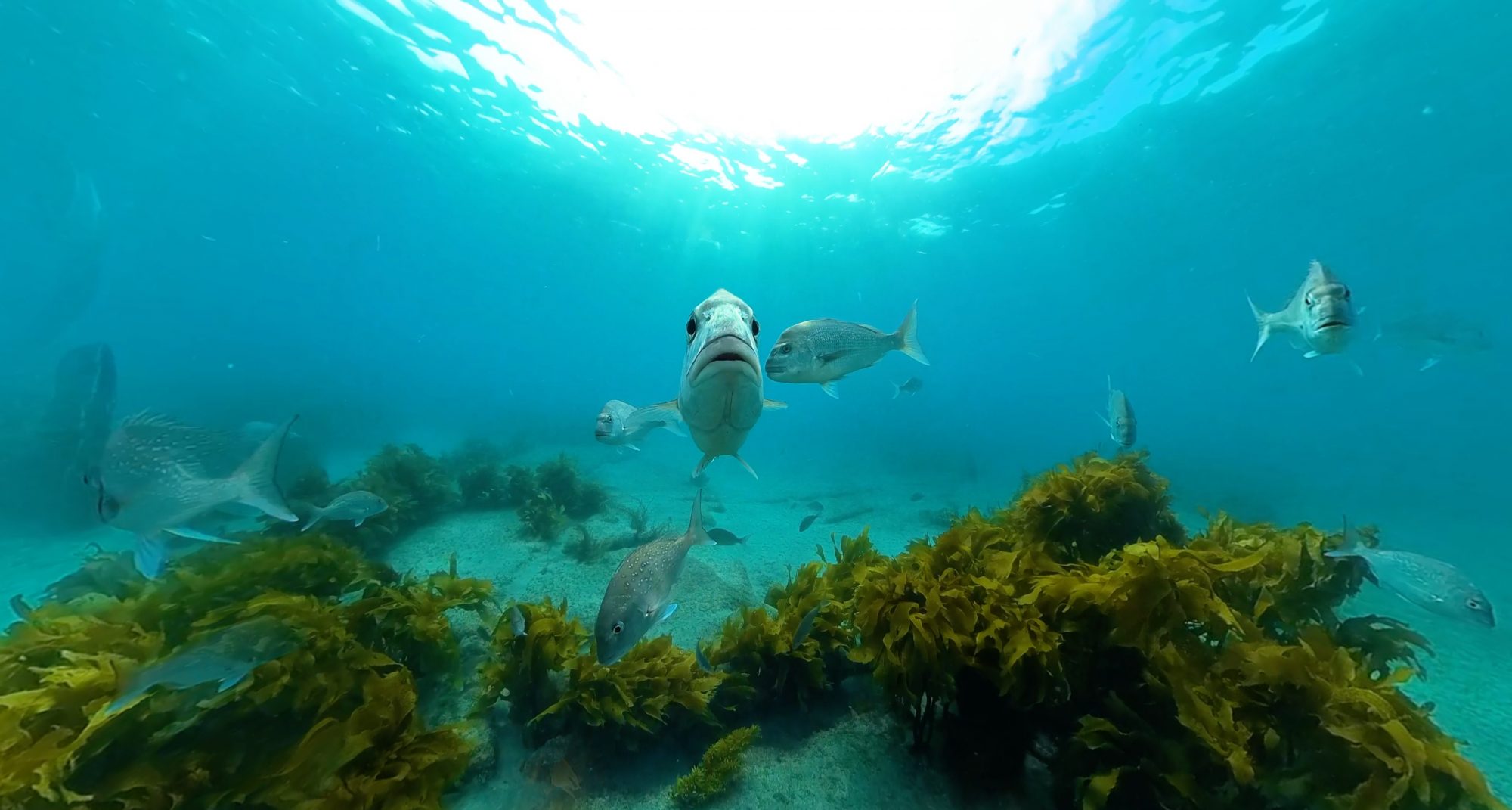 Snapper congregate in the shallows of Cape Rodney-Okakari Point Marine Reserve at an abundance and maturity that may closely reflect the original snapper populations of the Hauraki Gulf. There are three to four times the number of snapper inside the reserve as outside and up to ten times the number of crayfish.

Very old snapper—some known by name—are common in the reserve, a reminder that many fish live their entire lives on one reef. They are residents of the gulf, with relationships to other fish and sites that may come as a surprise to fishers who just reel them up. Also obvious at Goat Island are the flourishing kelp, sponges and algae that fall prey to armies of kina in sites where snapper are not protected. 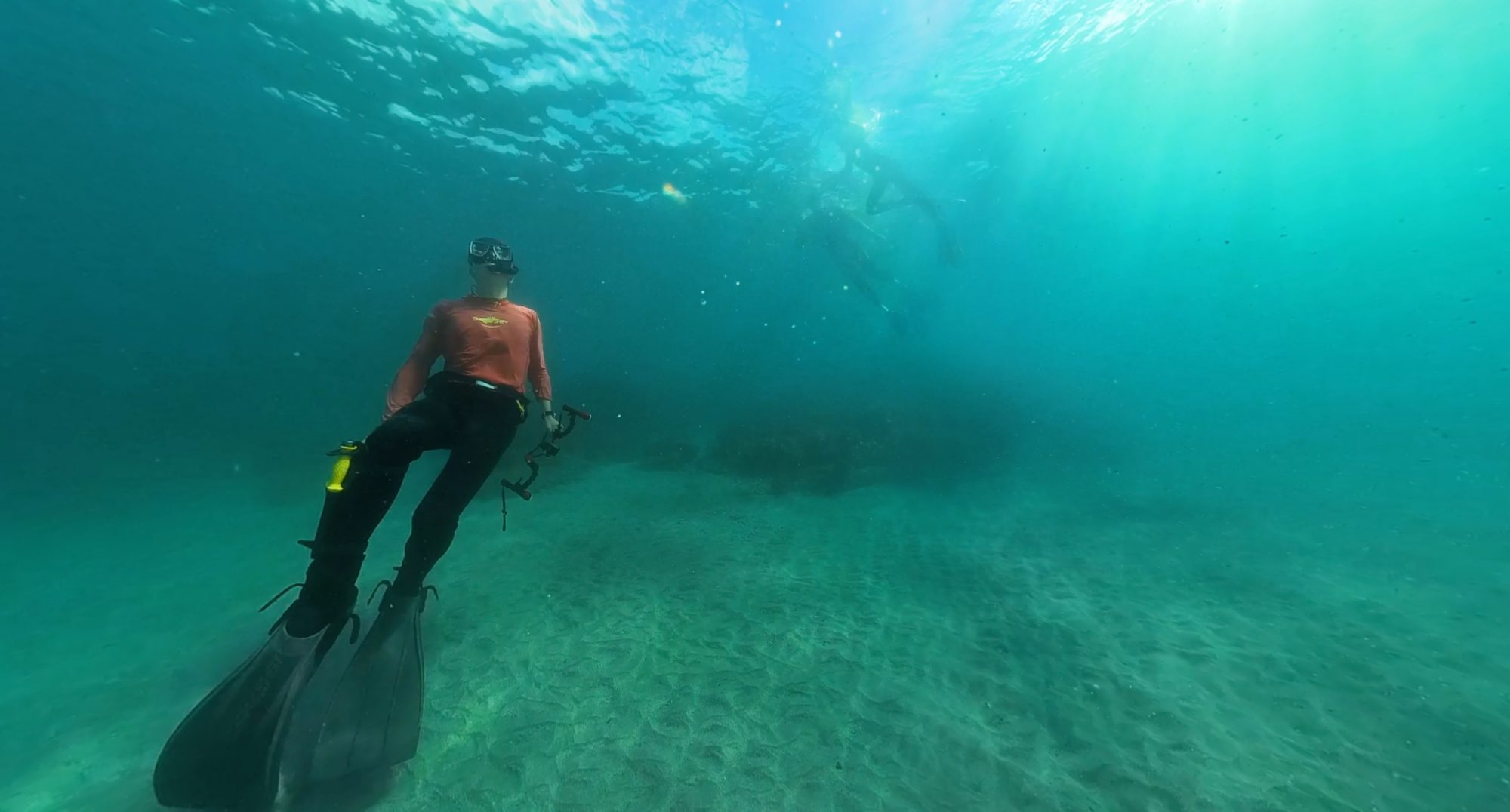 Experiencing Marine Reserves is a national programme of experiential learning that allows anyone to borrow a mask and wetsuit, take the hand of a guide, and wade into the most pristine sites in New Zealand.

Every year thousands of Kiwis immerse themselves in the natural realm in this way, an experience that EMR hopes will engender empathy for the salty realm and promote public awareness and protection.