New Zealand is one of the most beautiful places on Earth but it’s also one of the most dangerous ⎯ bubbling volcanoes, ferocious seas and colliding fault lines could strike at any moment.

New Zealand’s stunning landscape is speckled with sparkling, turquoise lakes, plunging fjords and magnificent mountains, and is fringed by rugged coastline and rolling waves. With only four million people living relaxed lifestyles among its natural wonders, the country is by no means crowded and is one of the cleanest places on the planet.

But this paradise nation is riddled with secrets; some of the most deadly secrets on Earth. Beneath its cloak of beauty New Zealand isn’t as peaceful as it looks: a hotbed of bubbling magma, colliding fault lines and scalding geysers lie below its spectacular scenery, and could strike in fury at any moment.

Thousands of adventure-hungry skiers and adrenaline-pumped climbers flock to New Zealand’s mountains each year, but these slopes threaten the visitors with much more than a broken leg; they could blast hundreds of tonnes of poisonous ash and boiling water into the air at any time.

This furious volcanic temper can also create an unstoppable avalanche of scorching water thrown from the crater lakes and masses of debris that races down the mountain sucking up anything and anyone in its path ⎯ and no-one knows when the next explosion will occur.

Much of New Zealand’s North Island is scarred by once raging volcanoes including, most worryingly, the country’s largest city, home to a third of its inhabitants, Auckland.

One of Auckland’s most popular picnic spots was formed millions of years ago when a giant ball of magma ejected a bubble that melted through the earth’s crust and solidified to form Mt Eden. The ball of magma still boils just 60 miles under the ground and another giant bubble could again burst through the crust anywhere in the city without warning.

Another popular tourist attraction in the middle of Auckland’s harbour waters is Rangitoto, a volcano that erupted for ten long years. Now covered in native bush and offering spectacular views, few people realise as they explore the island that another eruption may yet be brewing under Rangitoto’s tranquil disguise.

A few hundred kilometres away lies another hot spot in the Earth’s crust. Only a thin layer of crust separates Rotorua’s peaceful suburbs from the planetary furnace below. Boiling water erupts from the sidewalk, powerful, scorching geysers burst into the air and mud boils as the awesome forces beneath the ground collide. Hydrochloric acid pools fill an inferno crater; if you were lured to swim in the inviting calm waters the acid would peel off your skin in seconds.

New Zealand is often called the Shakey Isles ⎯ not surprising when it experiences up to 200 earthquakes each year. Napier, a town on the north east coast of the North Island, is well known for its 1930s art deco buildings, but few people realise this is a town that was totally ripped apart when a major earthquake tore through the streets in 1931. This is not something the residents will ever want to experience again, but it’s virtually certain they will, with little warning.

Six major fault lines also run under the capital city, Wellington. The city centre and the main highway run right along a major tear in the earth’s crust; a tear that could rip even further apart at any second. For Wellingtonians, it’s not a question of ‘if’ a major tremor hits the city, it’s ‘when’ will it strike.

But it’s not just the land that makes Wellington so treacherous, it’s also the raging seas between the city and the South Island. The Cook Strait can be one of the world’s roughest sea voyages. It’s the only break in a mountain range 700 miles long and acts as a natural wind tunnel that conjures up roaring swells and towering waves.

New Zealand’s tough and rugged land is also reflected in its people; kiwis are among the best rugby players in the world and even before kick-off their opponents are faced with 15 men carrying out a terrifying ancient war dance, the haka.

New Zealand was once home to a proud nation of fierce warriors and still today young Maoris continue to demonstrate their bravery by enduring ten hours of immense pain as their face is covered in an elaborate tattoo called moko. Moko is not just for decoration, it’s a secret language that tells of their ancestors and warns others of their achievements on the battleground.

Sit tight as Secrets of New Zealand uncovers the darker side of paradise and explores the bubbling cauldron of natural phenomena ready to strike at any moment. The same natural forces that created the stunning scenery could, and probably will, destroy it again ⎯ but when? 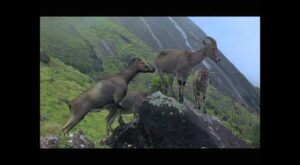 A Super Scent for Your Sex Life 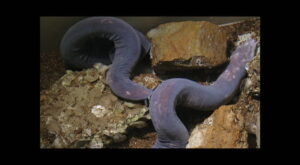