Discover the darker side of paradise as we reveal the secrets concealed among the crystal blue waters and white sands of idyllic South Pacific islands.

Each year thousands of people flock to the crystal clear waters and white sands of the South Pacific islands, but few realise these idyllic atolls conceal some of the most bloody secrets of World War II.

South Pacific: Islands of War explores these paradise isles and investigates some of the mysteries of the area to re-live horrific events that took place here around the Second World War.

Starting with the most famous mystery of the 20th century, we visit Saipan, an island that’s attracting more and more visitors each year. But its most famous visitor never made it home.

In May 1937, during Amelia Earhart’s record-breaking attempt to fly around the world, both she and her plane mysteriously disappeared in the waters around Saipan. Despite nine naval ships searching the area no wreckage or body was found. Could the accounts of elderly islanders who recall how Japanese soldiers on the island held prisoner an American woman, fitting the description of Amelia, explain the fate of one of the world’s most adventurous aviators?

But Saipan holds a more gruesome secret still. In June 1944 hundreds of Japanese were forced to retreat into the island’s limestone caves to hide from invading US forces. But as the Americans began flushing them out, many chose to jump from the cliffs into shark-infested waters to avoid being tortured by the enemy. We hear first hand accounts and witness the footage of how families jumped in desperation from the towering ‘suicide cliffs’.

Next stop on the tour of paradise is Tinian, where we learn about the shocking history of this deserted island. It was here on 6 August 1945 that an American B29 super-fortress took off loaded with the world’s first atomic bomb, which was dropped on Hiroshima killing 75,000 people. Just three days later, a second plutonium bomb was flown from Tinian to Nagasaki, driving the death toll to around 150,000.

Twelve months after World War II had ended, the people living on the beautiful island of Bikini were asked to give up their homes ‘for the good of mankind’ and move to neighbouring island Marjaro. Little did they know that a desolate fleet of 242 US ships in the atoll was about to be blown to pieces by 23 atomic bombs launched by the Americans.

The island may look like paradise now, but still today no-one is able to live on Bikini as the soil still holds dangerous amounts of radiation. Yet while the shores are deserted, the seas surrounding the atoll are attracting divers from far and wide, as the remains of the submarines and aircraft carriers ripped apart by the bombs now lie on the seabed, presenting the ultimate underwater adventure.

Get ready to discover nothing in paradise is as it seems as we reveal the secrets of the South Pacific. 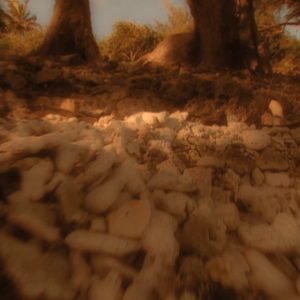 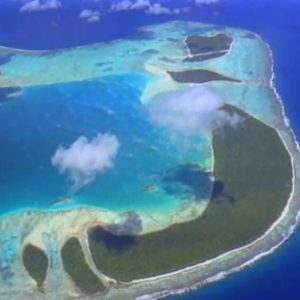