Join the young and talented recruits of China’s Wuqiao School of Acrobatic Arts as they push themselves to extremes trying to achieve that perfect performance–with dreams of making it as a professional elite acrobat.

Situated in the heart of Hebei province, 360 kilometres south of Beijing, Wuqiao County is the traditional heartland of Chinese acrobatics. As the local saying goes: “whether just learning to walk or 90 years old, everyone in Wuqiao knows a few acrobatic tricks.”

One person who knows more than just “a few acrobatic tricks” is Mr Jiao Aiguo, a senior teacher at the school. Mr Jiao is mentor, instructor and friend to the young pupils, many of whom are only seven years of age when they arrive at the school. A former champion acrobat himself, Mr Jiao knows exactly what it takes to transform raw talent into acrobatic excellence.

The Wuqiao school is home to around 200 students, all of whom board at the school. Six years of hard work lies ahead for new entrants before they graduate. Some may not make it – the tough training and life away from home can be very difficult for some children – but others thrive in the demanding environment.

Li Ge is ten years old and has only been at the Wuqiao school for two years, but she is skilful and disciplined beyond her years: so much so that she is already one of the leading performers in the school’s elite intensive class. The ‘Intensives’ as they are known, train harder and are assigned more difficult routines than the other pupils and have the honour and responsibility of representing Wuqiao at a range of events, festivals and competitions.

For Mr Jiao, Li Ge and the rest of the school, the big event this year is the Gold Lion Festival, held every four years in Zunyi city. To be truly ready for the Festival, the team need to become comfortable performing on stage. Being selected to perform at the World Yachting Championships in Rizhao City is the perfect opportunity for team members to try out their routines in front of a large audience.

The performance is a great success and the thrill of pleasing the crowd makes the young acrobats’ hearts swell with pride. But there is still much work to be done before they are ready for the Gold Lion Festival.

As the Festival date draws near, the pressure builds on the young performers. It’s a tough time for Li Ge as she is the central acrobat in both of the routines chosen for the Festival. Then, three weeks out from the Festival, disaster strikes. During a pyramid formation, Li Ge lands awkwardly, and her ankle is badly twisted.

The injury is severe, but the show must go on. Li Ge’s true bravery is apparent as she trains through the pain, determined that she and the team will be as ready as they can be before the Festival. All the months of training, the hours of stretching, the endless repetition of routines now comes down to two short performances at the Gold Lion Festival.

After all that they’ve been through–will it be enough to win gold? 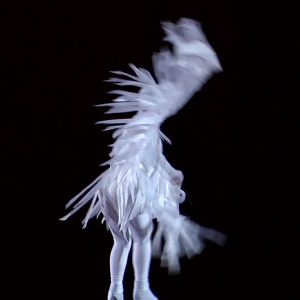