The Aleutians: Cradle of the Storms, is a two part series that tells the absorbing story of an island chain and its people who have endured and survived wave after wave of invaders. In Part Two we pick up the story of the Native Aleuts as the violence of a world at war arrives on their islands.

In the years following the American purchase of Alaska from Russia, the native people of the Aleutians tried to live their lives much as they always had, harvesting what they could from the sea. The Aleut continued to live this subsistence lifestyle throughout the first forty years of the twentieth century.

At that time there were eight Aleut villages in the Aleutian chain and two in the neighbouring Pribiloff Islands. These were communities bound by tradition, ritual, and faith. Theirs was an isolated existence but one they embraced wholeheartedly.

It must have been impossible for the Aleut people to imagine that, once more, they would be touched by turmoil and that soon, all but a handful of their villages would cease to exist.

The Aleutians were a mere 650 miles from Japanese military bases. On June 3, 1942, World War II came to the Aleutians. Japanese planes descended upon the island of Unalaska, with a clear-cut target — the military installations at Dutch Harbor.

The Japanese took the western Aleutians. Soon after, US forces began a hasty evacuation of Atka. As the Atkans watched in horror, US Navy personnel — their own countrymen — began burning down the village.

Within weeks, all of the remaining Aleut people in the Chain and the neigbouring Pribiloff Islands were evacuated from their villages. They were taken to five relocation camps — broken down and abandoned canneries in Southeast Alaska. The conditions they encountered were dire. The buildings were dilapidated. The water was bad and heat was non-existent. The Aleuts had no way to provide for themselves in this new locale and they were often hungry. Disease spread easily in these conditions.

Meanwhile, on the Aleutians the US troops were ill-prepared for the bitter weather that greeted them. The snow was deep, the fog was heavy and the wind swept bitterly around them.

Day after day, the battle continued. What was supposed to be a quick victory for the Americans wore on for weeks. In the final days of battle, the Americans got the upper hand.

Shortly after a battle at Attu, more than 35,000 US troops were sent to Kiska. On the morning of August 15, 1943, the first landing party hit the beach…and met no resistance. Somehow, under cover of fog and darkness 6000 Japanese had managed to leave Kiska undetected.

The military presence lingered in the Aleutians for some time after the Second World War. And defence-related activity, like the atomic testing on Amchitka Island, was a significant part of that military legacy.

The Aleut people recognise that the key to their cultural survival is their language. To that end, the Unangax language and culture are taught in Aleutian schools. 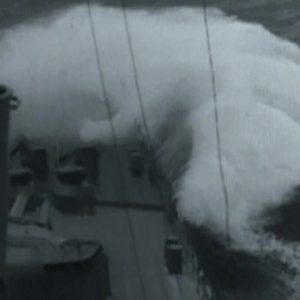 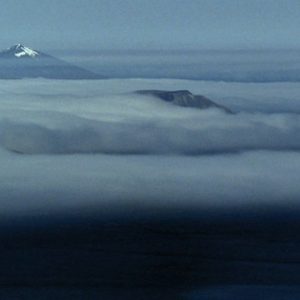