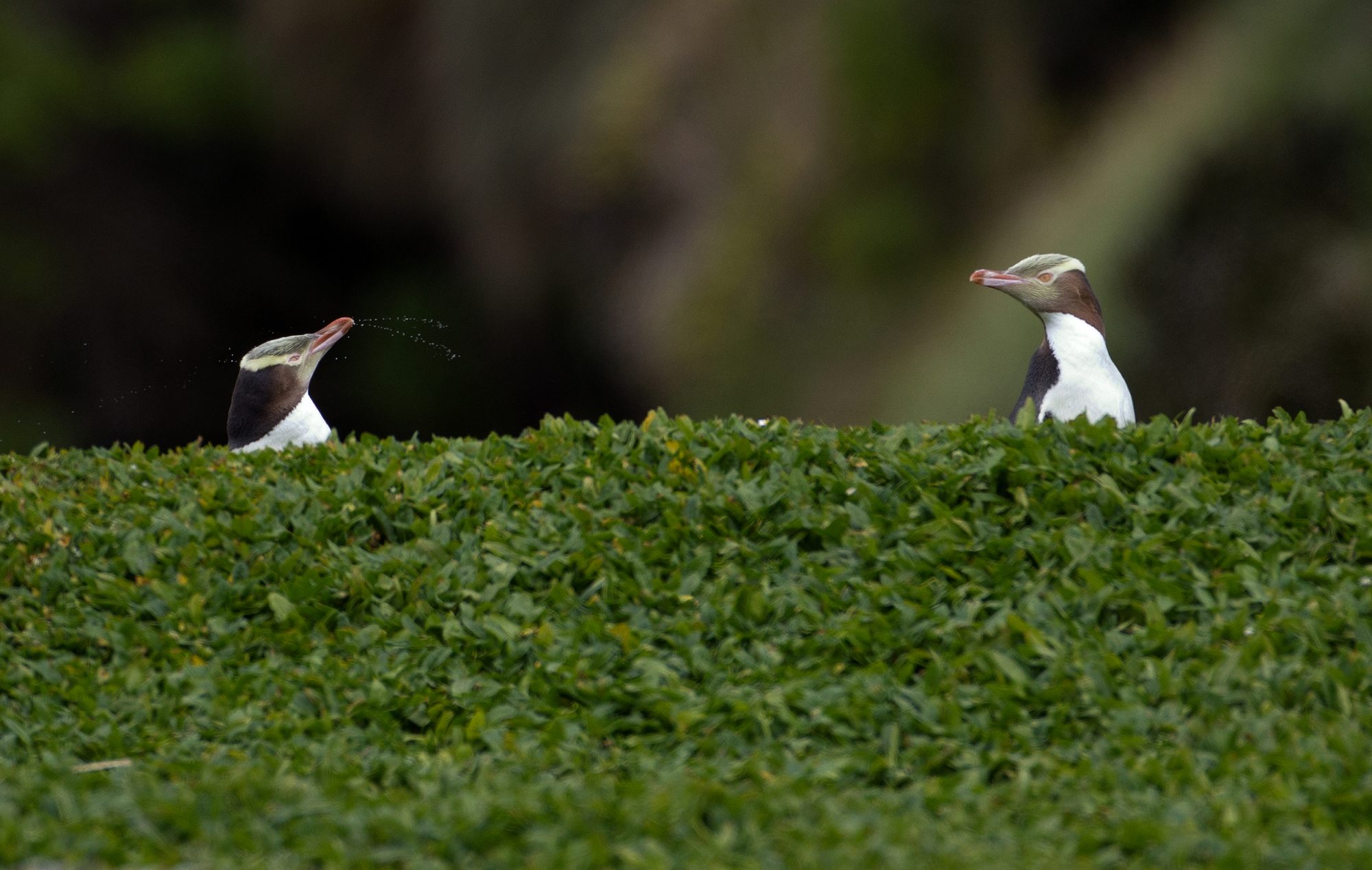 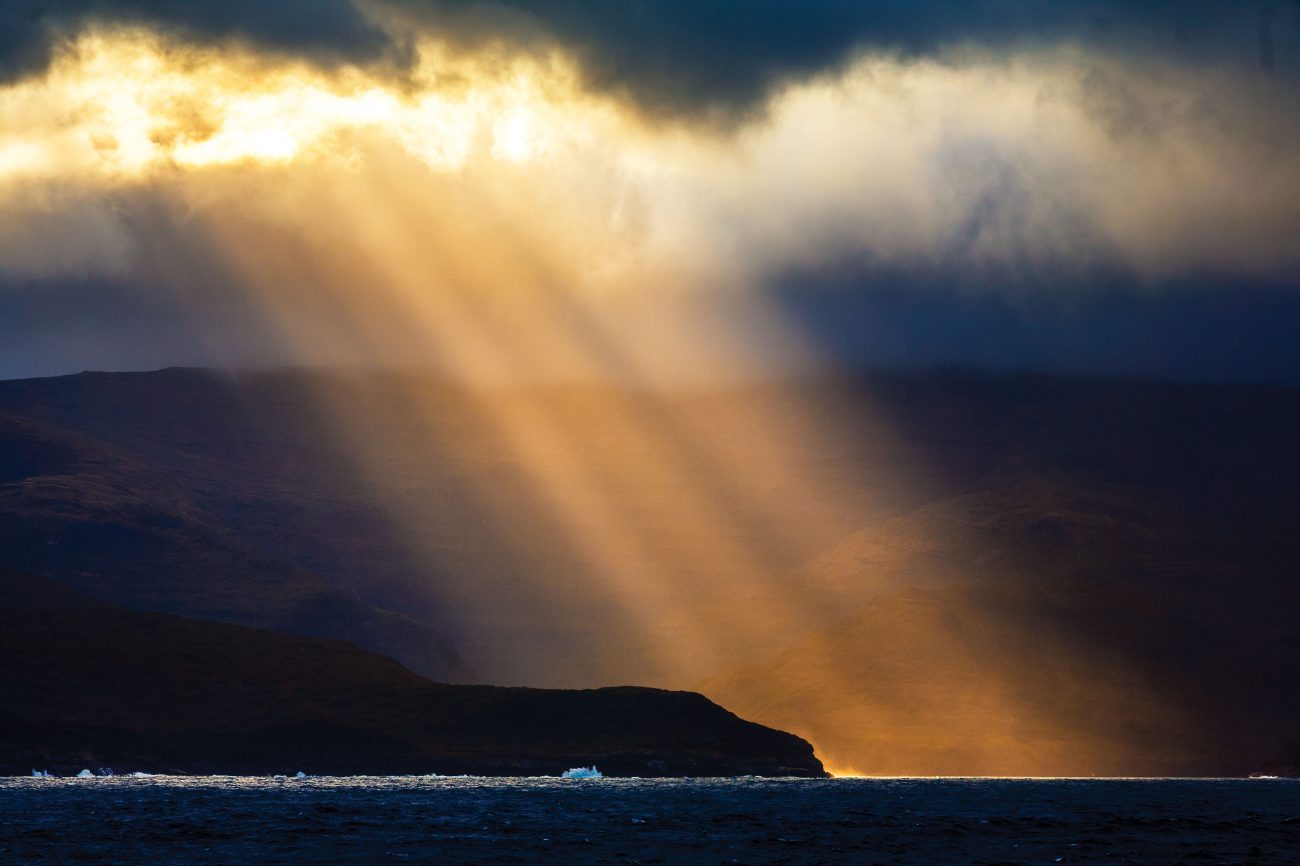 The lie of the land

In August 1849, Sarah and Isaac Cripps and their three children boarded the Fancy, bound for Auckland Island, 465 kilometres south of New Zealand. They were part of a group of 66 prospective colonists planning to start a new settlement in the subantarctic. As they put to sea, they imagined the sunny weather and gentle pastures that awaited them. They would not find out until December that they’d all been tricked. 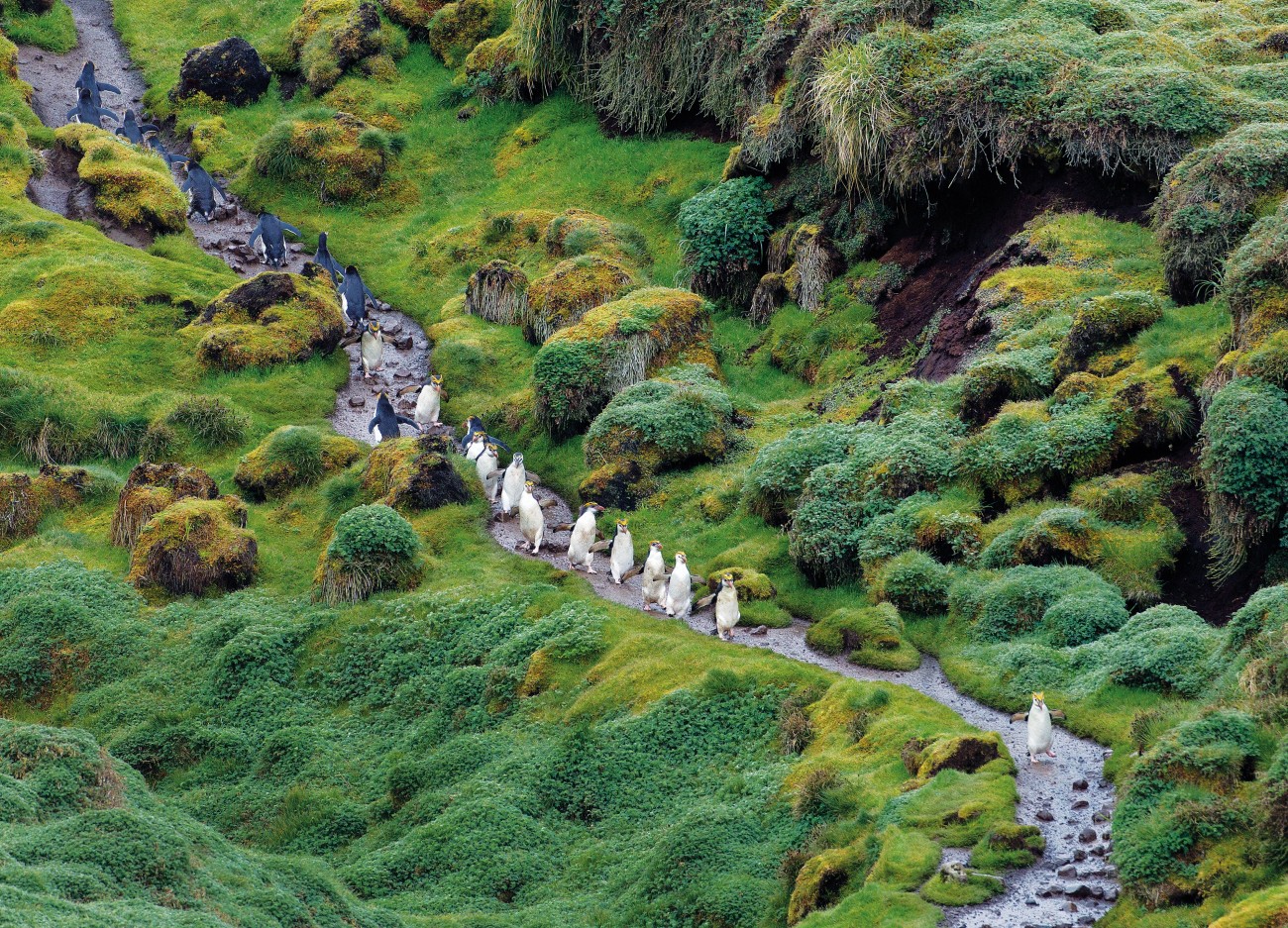 Every year tourists follow the wet road south to visit the extraordinary wildlife preserves of the subantarctic islands—the raucous penguin colonies, the perennial bloom of megaherbs and the austere and hostile beauty of the ice-laden Southern Ocean. 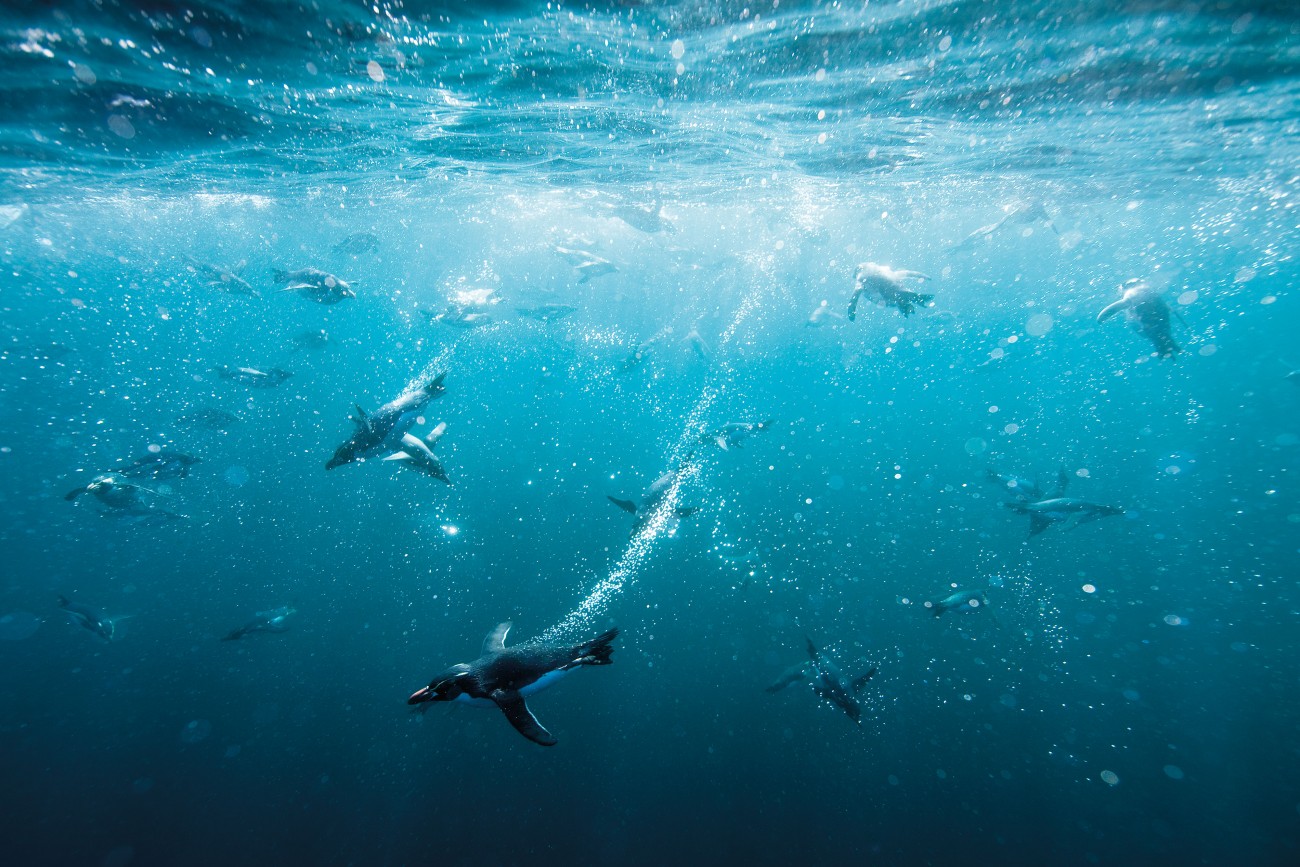 Treasures of the subantarctic

On Campbell Island, the sun shines for less than an hour a day for almost two-thirds of the year. Rain falls, on average, 325 days of the year. Winds approach 100 km/h 100 days of the year. The mean annual temperature is six degrees. But from kelp-strewn coast to tor-studded mountaintop, the island astonishes at every footstep we take on its quivering peat soil. 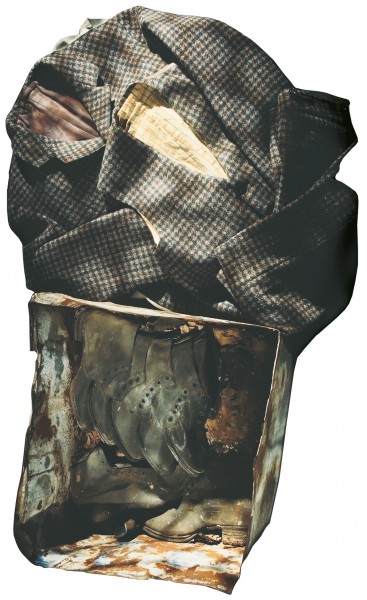 After the General Grant was wrecked on Auckland Island in 1866, the government set up depots to aid stricken mariners. 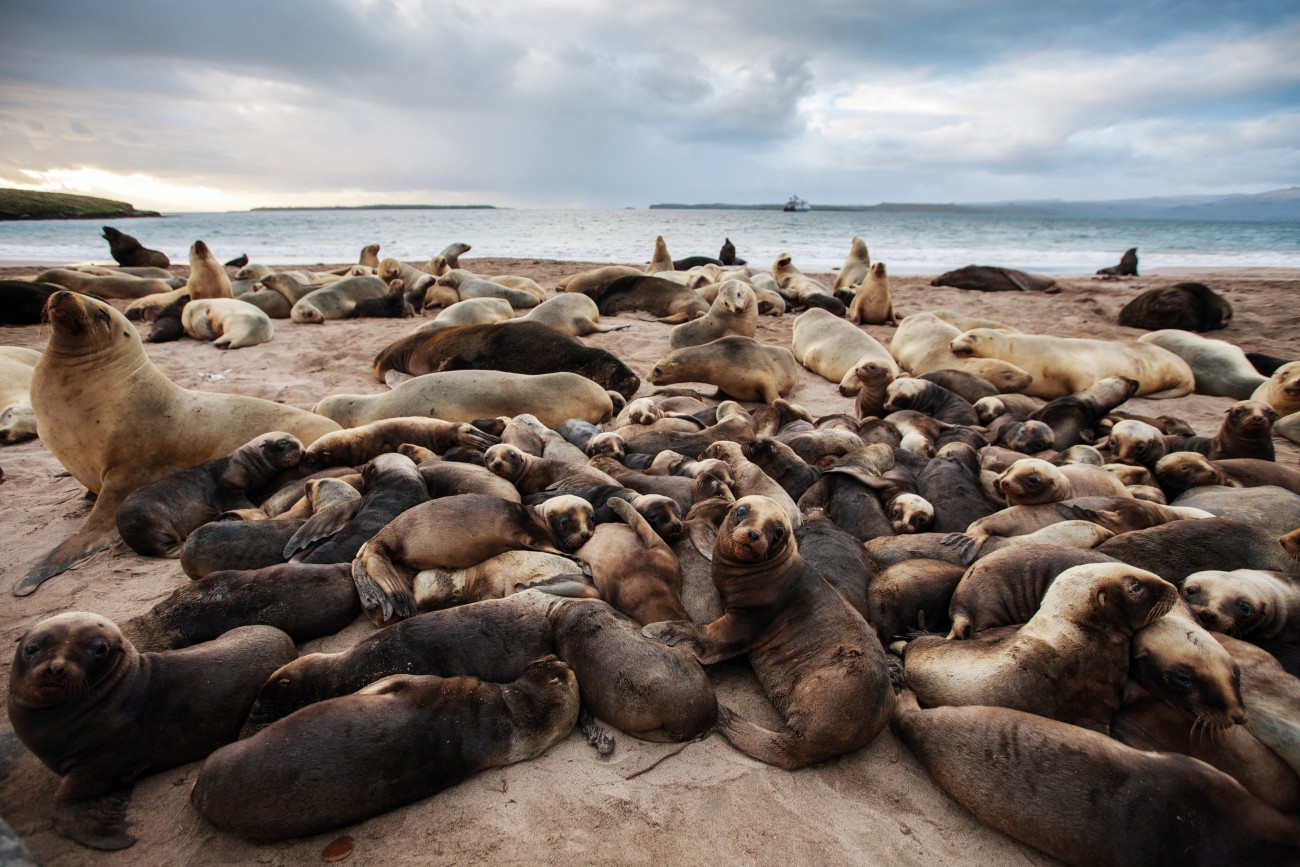 New Zealand sea-lion numbers have plummeted. Is it fishing pressure, climate change, the mysterious disappearance of octopuses, or a deadly new virus? 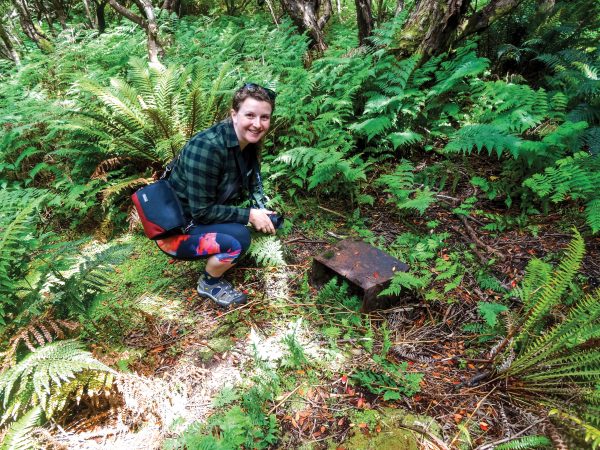 Read more
In the field

A visit to the past

Growing up in Christchurch, Ellen Rykers listened to stories of her intrepid great-great-great-grandparents. In 1849, Sarah and Isaac Cripps left London for a far-flung island where no one lived. 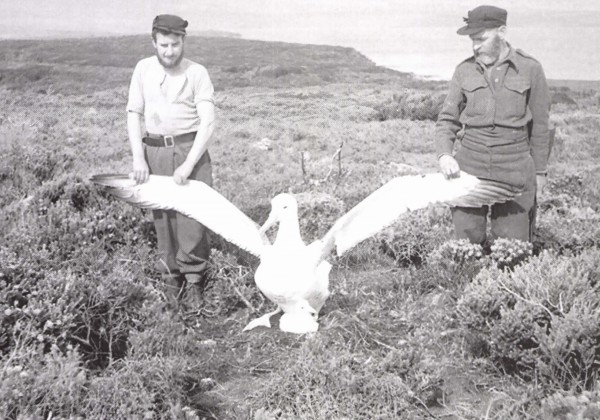 Between 1941 and 1945, far from the battle fronts of Europe, Africa or even the Pacific, a handful of hardy volunteers kept a look-out for the enemy on two uninhabited island groups in the subantarctic. 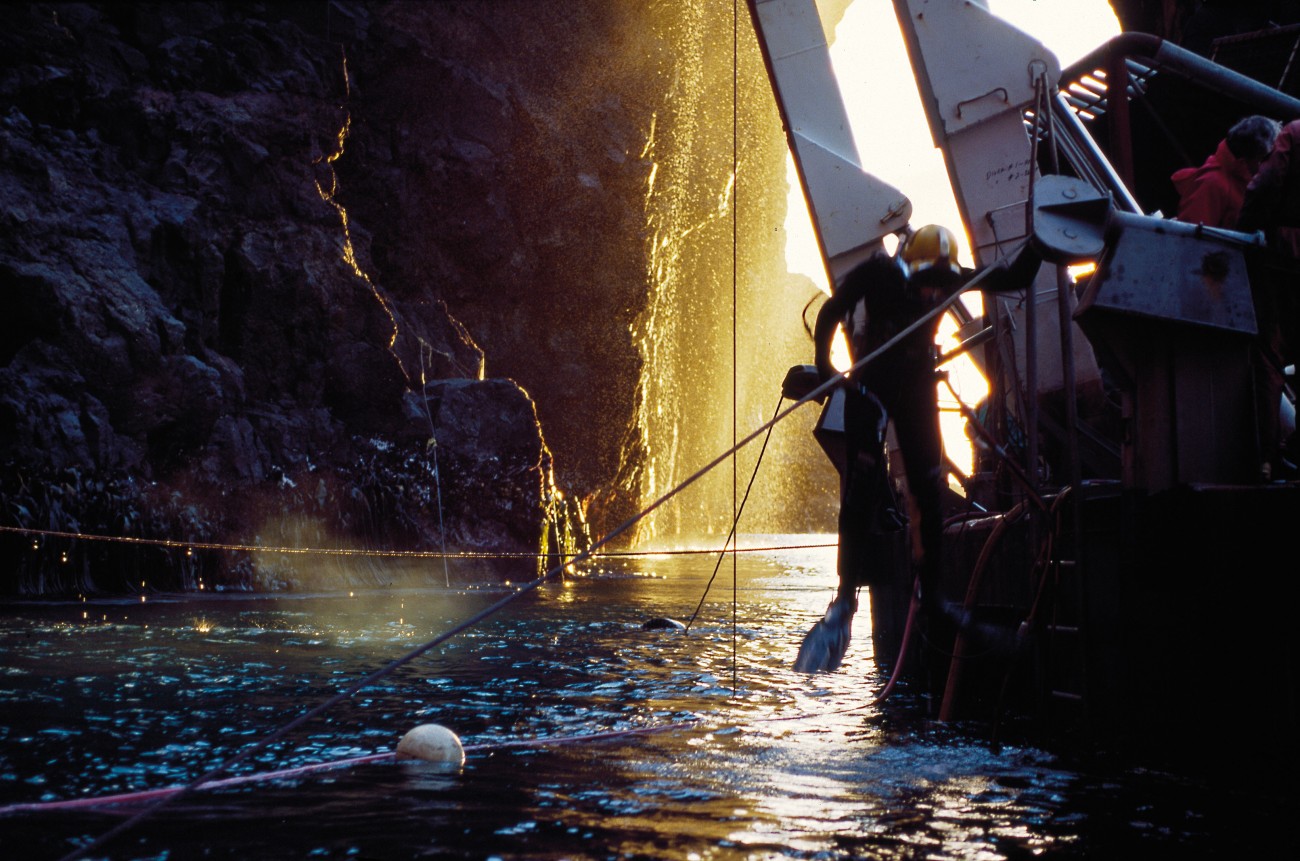 The riddle of the Rifleman

The Rifleman set out from Hobart on April 14, 1833, and was never seen again. The fate of the ship, her 12 crew and six passengers, remained a total mystery for 179 years. Only now, after re-examining artefacts collected in 1996 from the foot of Auckland Island’s uncompromising westerly cliffs, have experts finally solved the riddle. 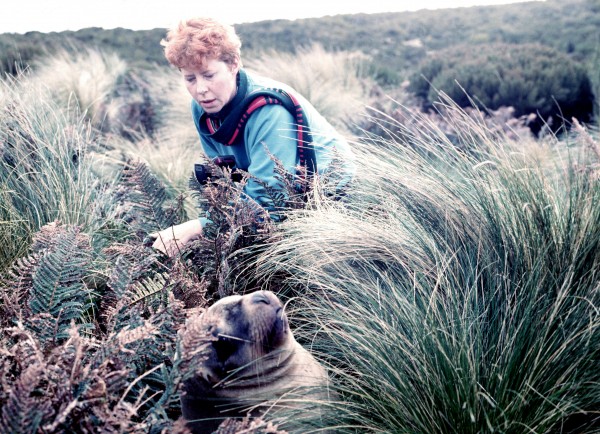 On the map it’s just a speck in the vast Southern Ocean, lashed by the winds of the Furious Fifties. Yet scientists and weather staff queue up for a chance to live in this remote southern outpost. Raewyn MacKenzie went to find out what draws them there. 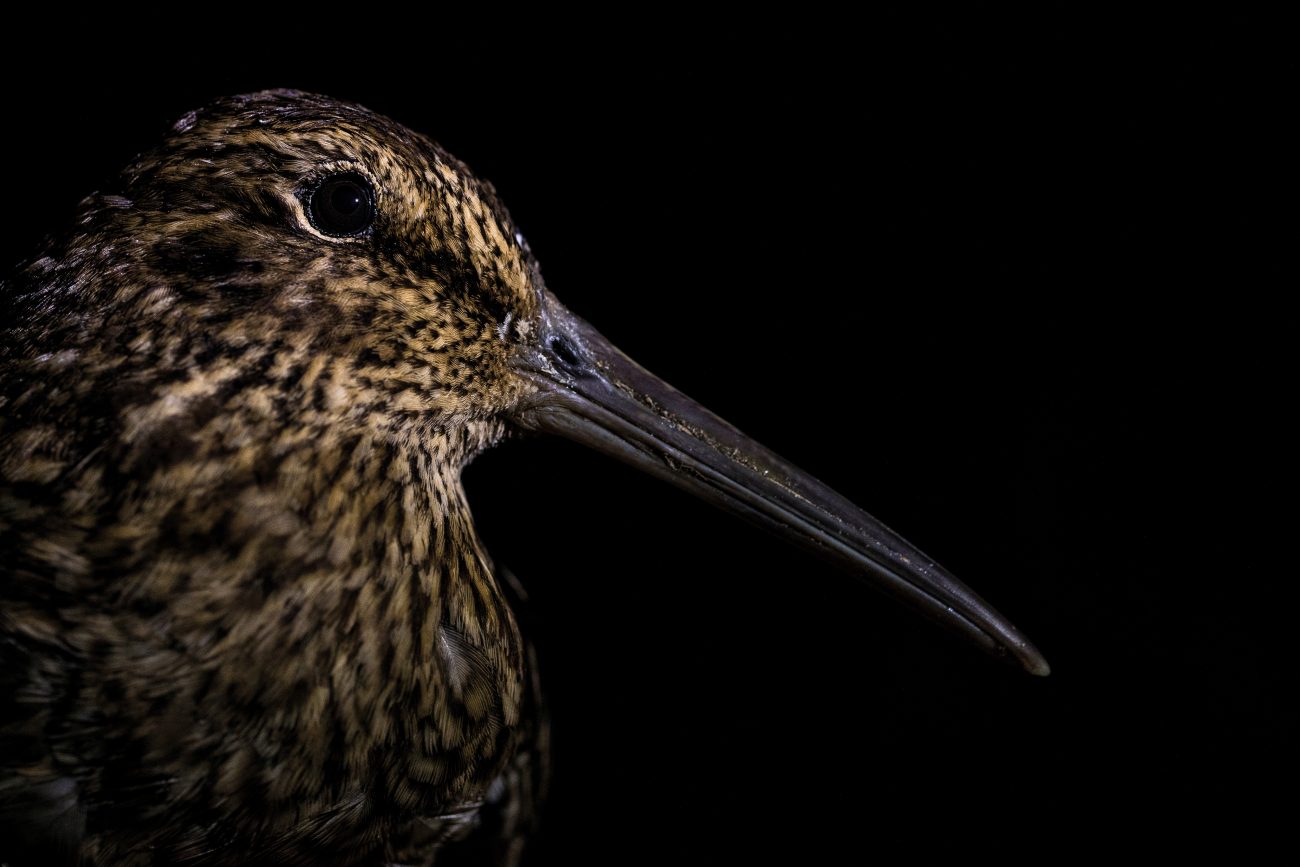 An unlikely crew is given the assignment of catching birds in butterfly nets on a weather-beaten subantarctic island. 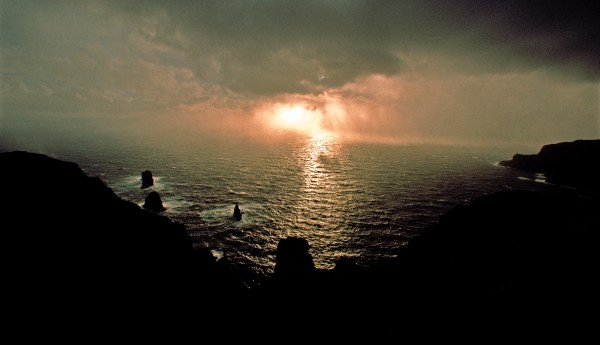 Deep in the subantarctic, where the Furious Fifties welcome no intruder, aspiring settlers and shipwrecked sailors encountered despair and failure on the Auckland Islands. Today these same islands are regarded as some of New Zealand’s most magnificent wild places. 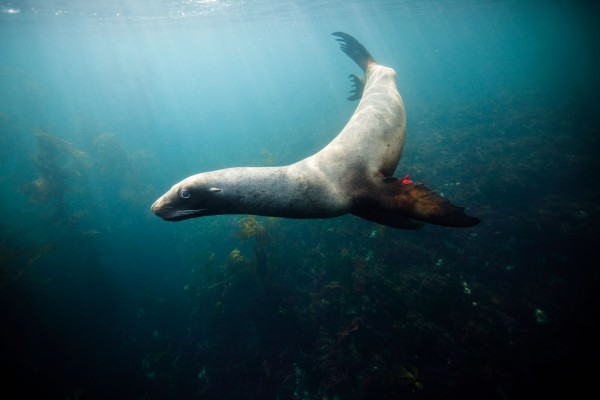 In the Middle Ages, Polynesian explorers sail to all corners of the Pacific. At least one waka lands on Enderby Island, at Sandy Bay, and stays there. 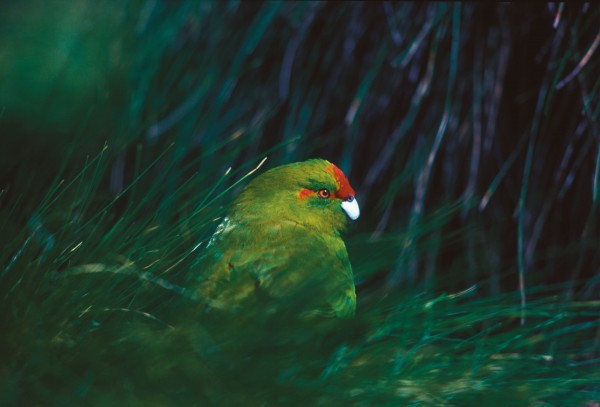 What is a brightly coloured parakeet whose nearest ancestors live in the tropics, doing in the company of penguins in the subantarctic? Kakariki, New Zealand’s endemic parakeets, break all the rules. 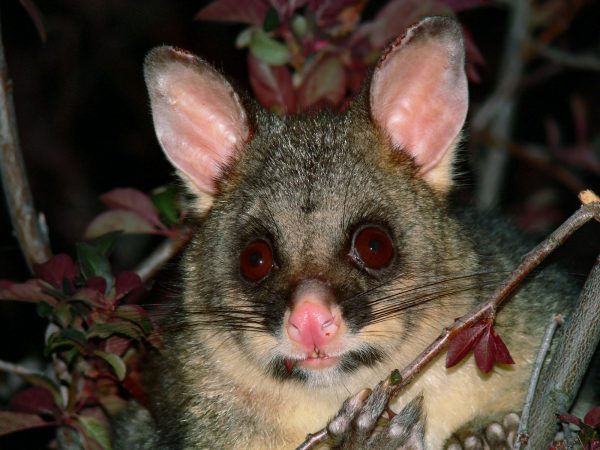 Auckland Island to be pest-free

The government will spend $2 million over the next three years to begin making the subantarctic Auckland Island pest free. 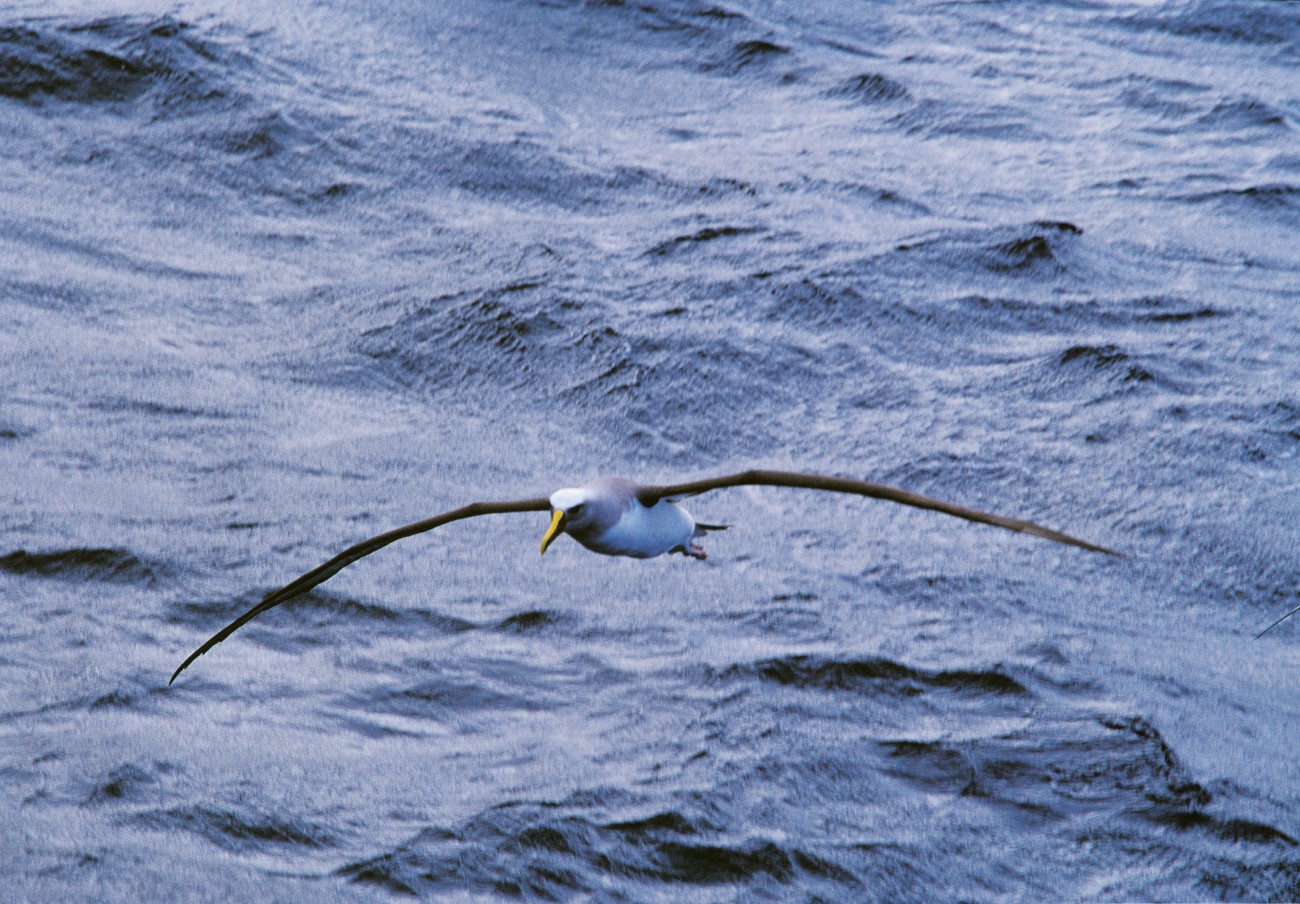 Icon of southern seas, a soaring albatross is picture of grace and strength. Yet thousands die each year through contact with fishing operations. Snagged in nets or hooked and dragged under on longlines, they are victims of a silent slaughter which goes largely unnoticed by land-dwellers, but which is pushing several albatross species towards extinction. 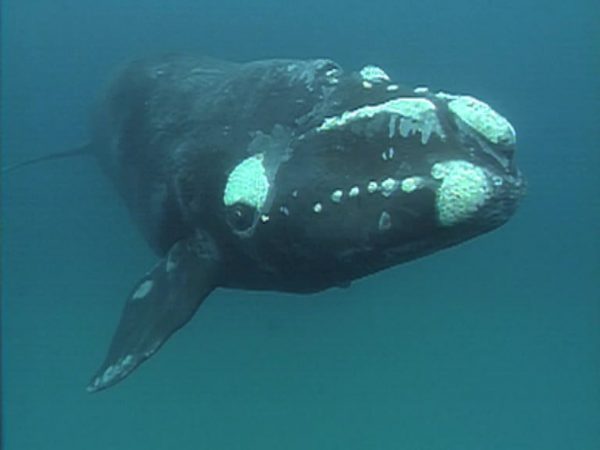 After 150 years of near-extinction, a lost tribe of great whales has resurfaced. The discovery of their remote breeding grounds at mysterious islands in the subantarctic has sparked new hope for their survival.

The lie of the land

Treasures of the subantarctic

A visit to the past

The riddle of the Rifleman

Auckland Island to be pest-free